Today was a long driving day – which to be honest, was a nice chance to relax and sleep after a hectic day in Rome yesterday. Today we were heading to Venice (yay!) with a stop on the way in Verona – the town from Romeo & Juliet.

We drove for about 3 hours to our first stop – just a service stop to get some food for lunch. Then it was another 2.45 hours to Verona.

Verona was really pretty but so busy for some reason! There were people everywhere and the streets were so crowded! We had 2 hours free time in Verona – I headed to  Juliet’s balcony first. The area where Juliet’s balcony is located is a tiny courtyard and it was jam-packed with people. You could pay to go up onto the Balcony but I didn’t. There’s also a statue of Juliet underneath the balcony, and it’s supposed to be good luck to rub her breast. The courtyard was just too crowded so  I didn’t get a chance to do that. 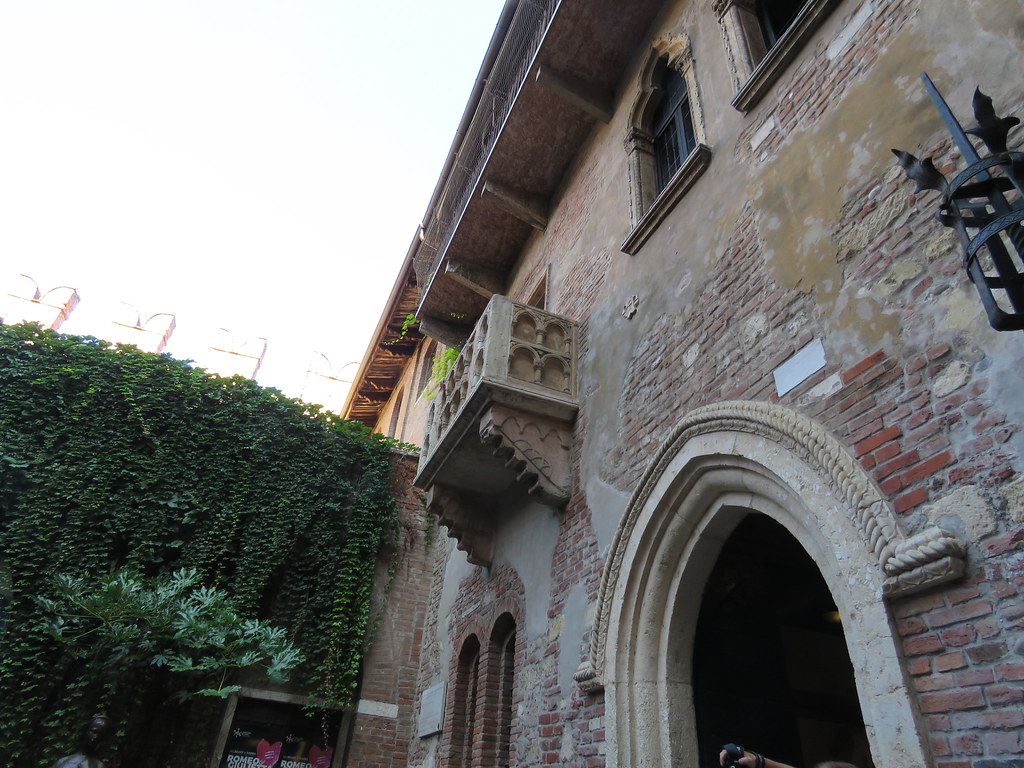 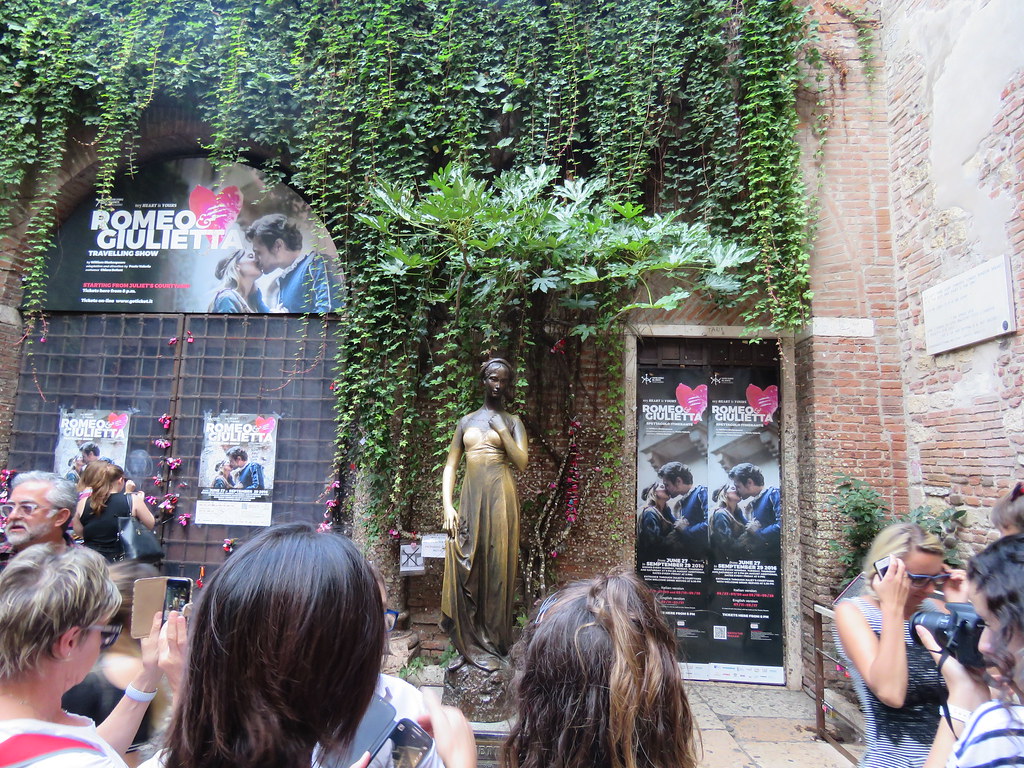 The archway leading into the courtyard was absolutely covered in messages of love left by people who had visited. It was pretty cool to see. 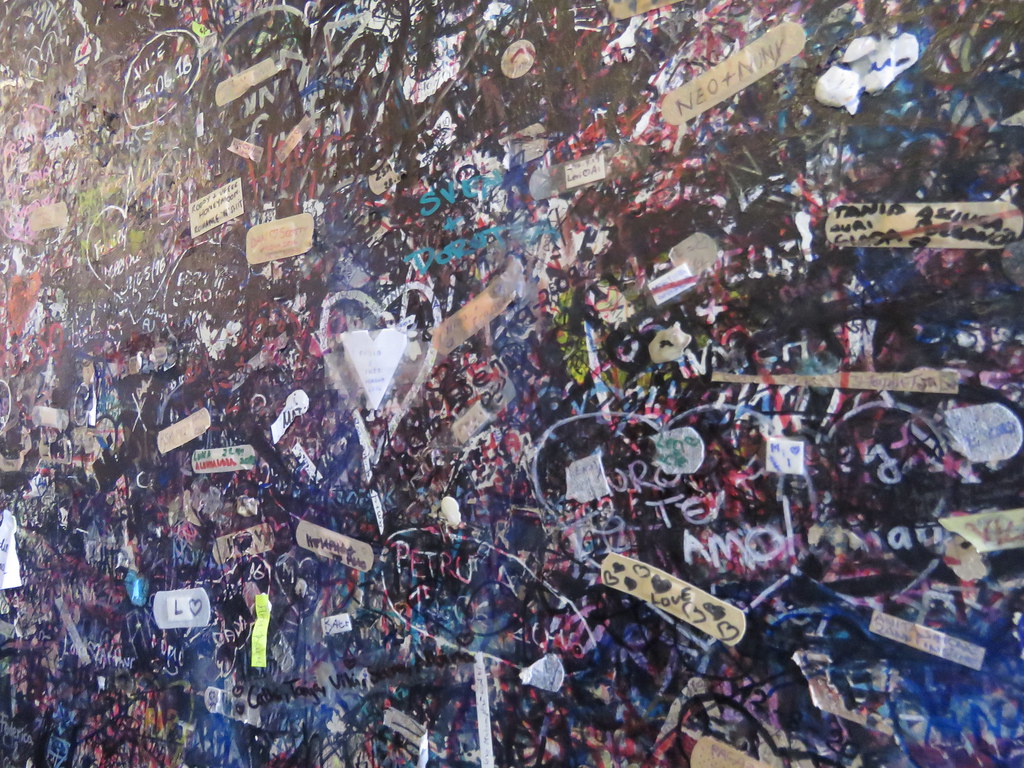 Afterwards, I headed back along the street, looking at some of the shops along the way. There were so many designer stores. I think Verona must be a pretty big tourist destination – I was surprised by how many people were there! Although, I’m not really sure what there is to do there other than see Juliet’s Balcony. 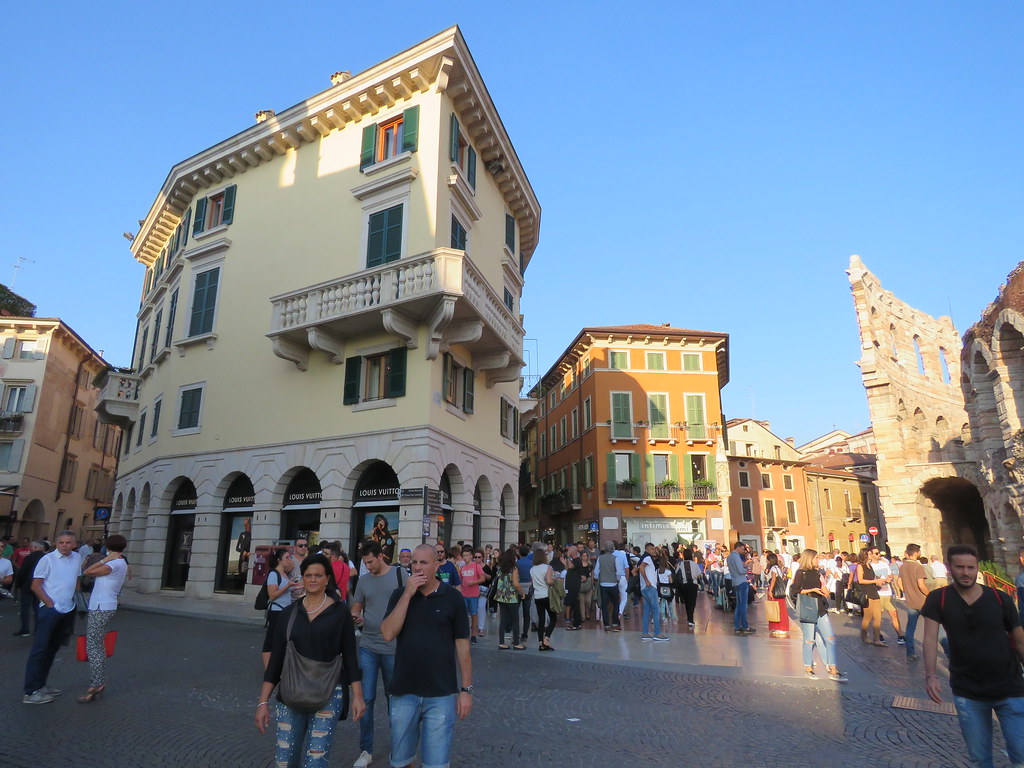 I had lost the rest of the group, so I got myself some gelato and went and sat near the amphitheatre in Verona. 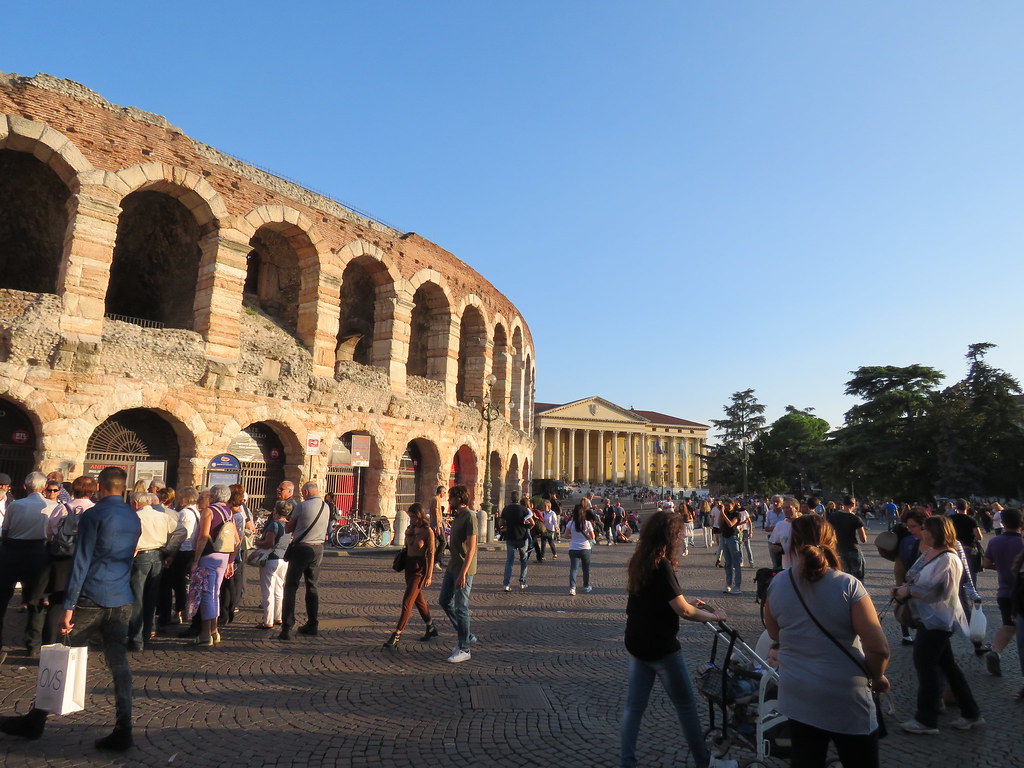 Finally, it was time to meet up with everyone else for our included dinner – this was at a restaurant in Verona. I think this included dinner was probably one of the worst we had – it was just a piece of chicken and some salad, and some lemon pie for dessert. It was pretty terrible.

After dinner, it was back on the bus for our final drive to Venice – another 1.5 hours. We got to our hotel in Venice at 9pm and I headed straight for bed as we had a big day exploring Venice tomorrow.