We had an early start this morning – 7.45am we left the hostel for our ferry to Capri. Our Contiki coach couldn’t fit down the streets to the ferry, so we had to jump on a shuttle coach to take us.

The shuttle coach dropped us off and then we had to walk a little bit further to the port – while walking, the sky opened up and it started raining (noo!). We got on the ferry for the journey to the Isle of Capri – it took about 20 minutes, so not too long.

Once on Capri, it had stopped raining and those of us that had signed up for the optional boat cruise had to check if it would still go ahead due to the weather. We were told to come back after 45 minutes and they would make a decision (the rain had stopped but there were black stormclouds around). 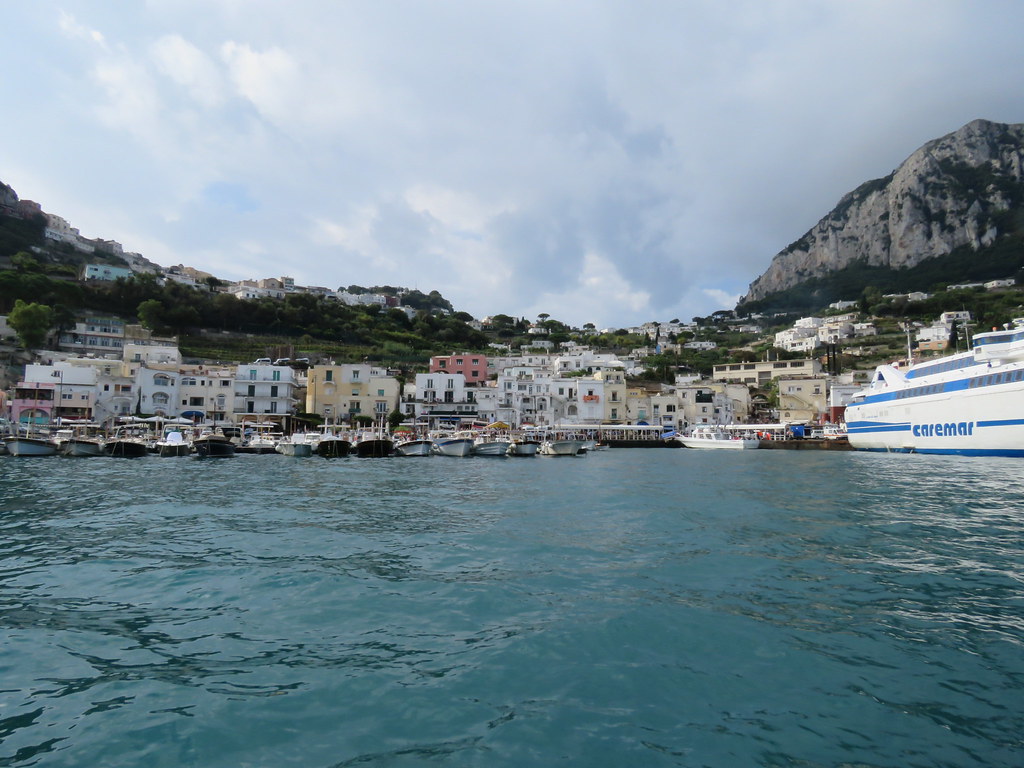 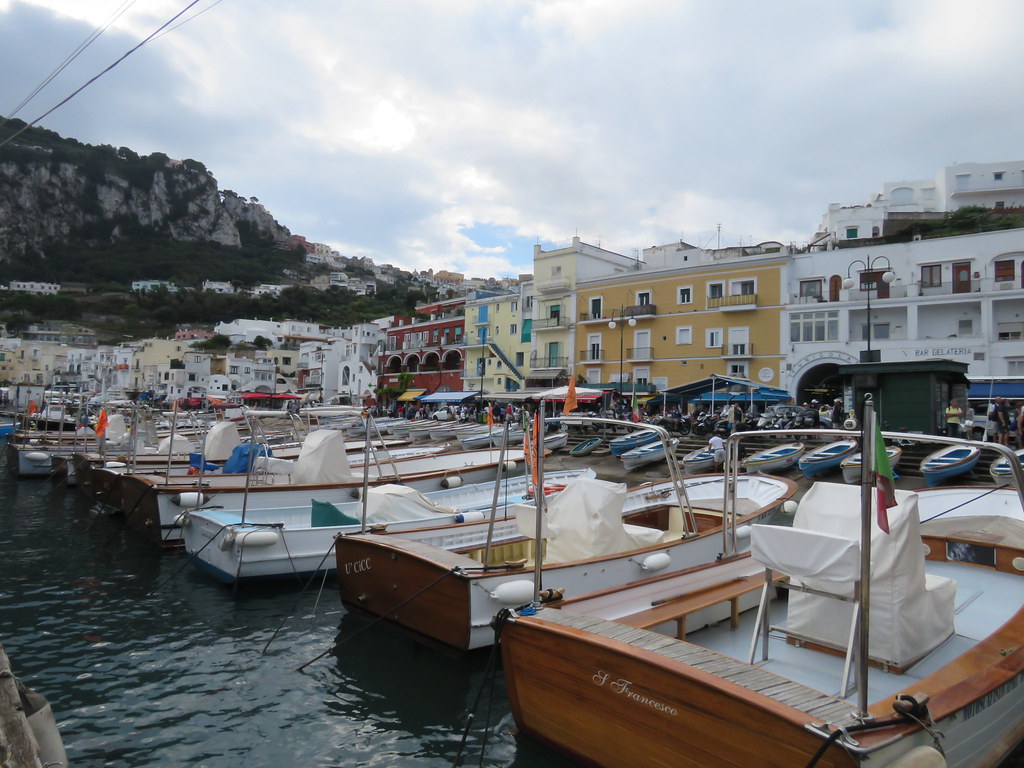 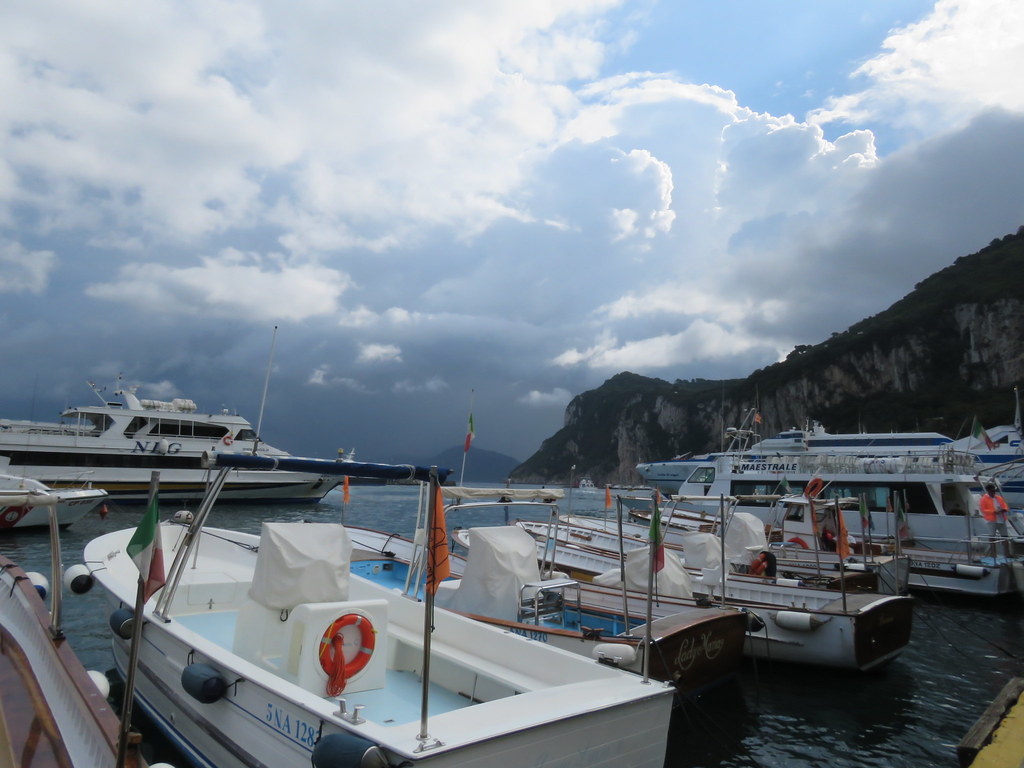 We spent the 45 minutes walking around the shops, buying souvenirs. I got myself a lucky Capri bell bracelet. These bells were everywhere in Capri – they were meant to be a lucky charm and had a lovely little legend linked to them (You can read the legend here if you’re interested). We headed back to the boat cruise terminal, and after a few discussions, they agreed to go ahead with the cruise, however they told us it may be shortened due to the weather. We were fine with this – most of us just didn’t want to miss out! Only about 15 of us decided to do the cruise, so we all got to fit on one boat. Luckily, as we were heading out, the sun came out! 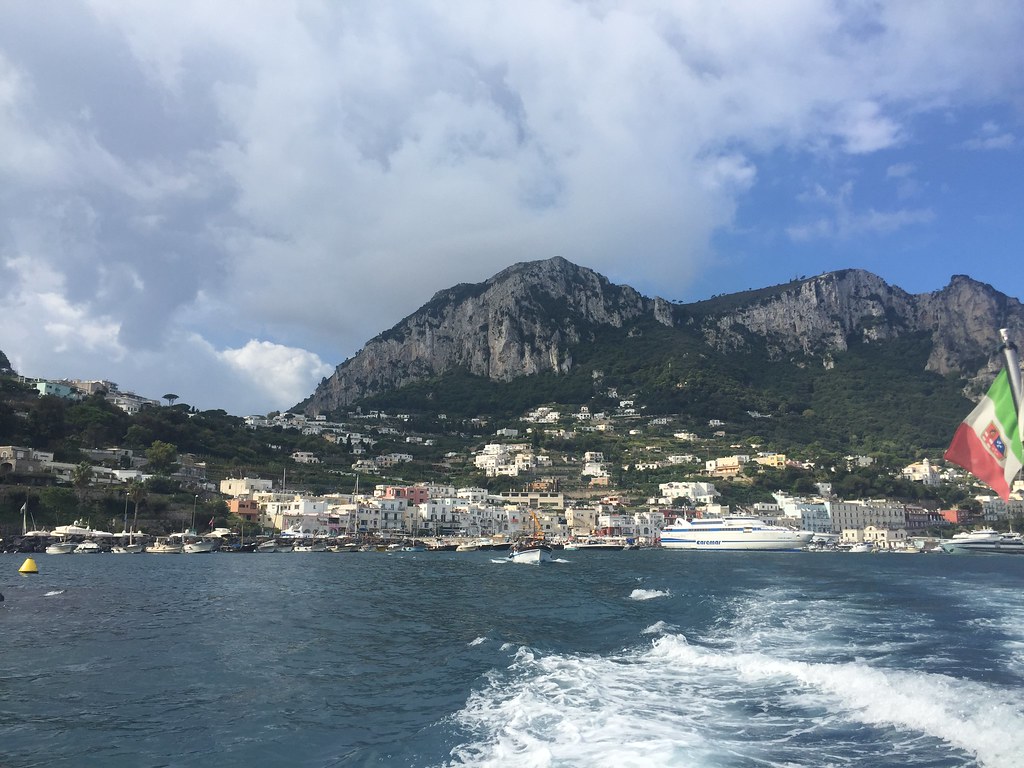 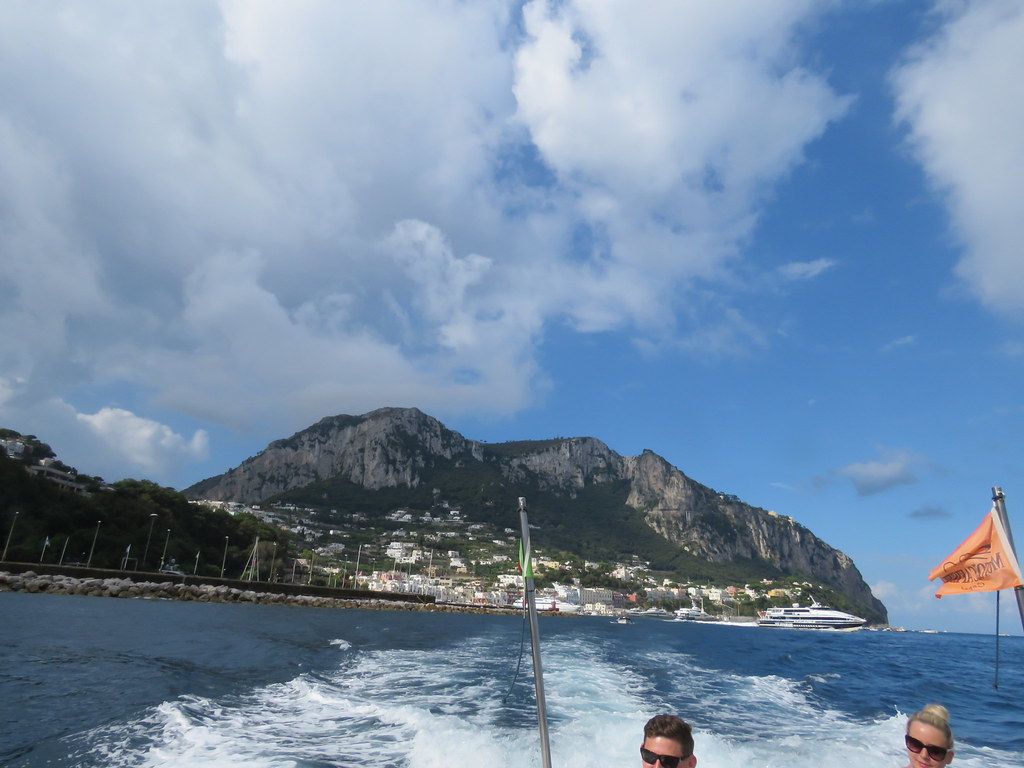 The cruise was really great – the water in Capri was so clear and blue and beautiful. We saw the red grotto and went through a large arch in the middle of a rock. 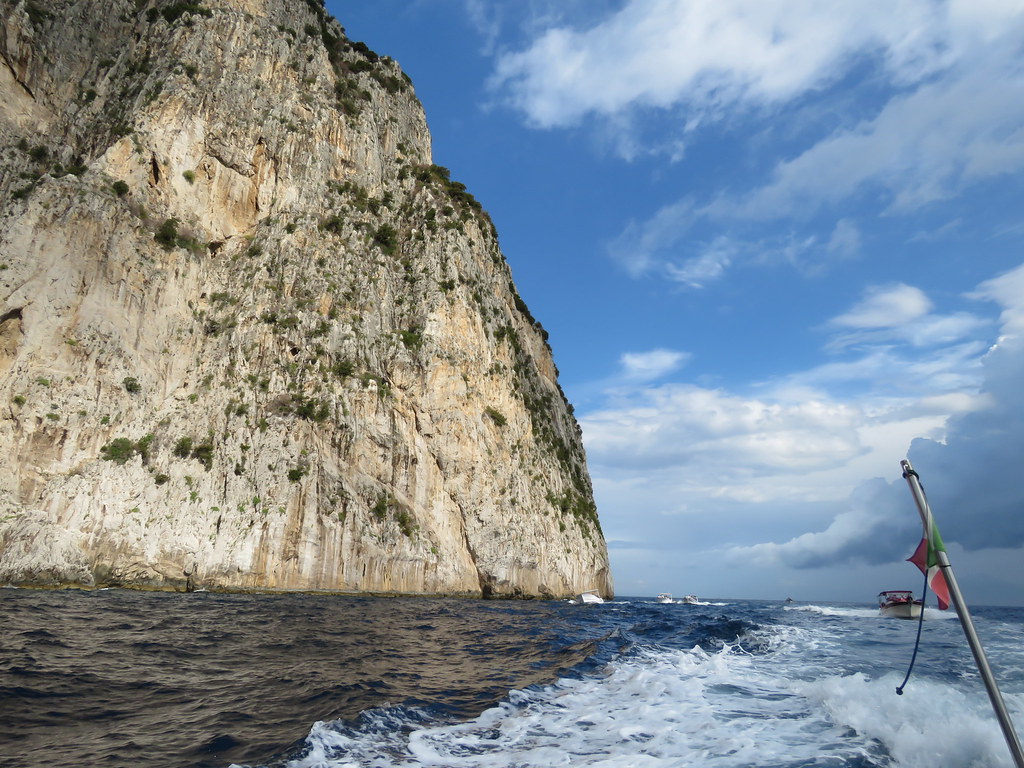 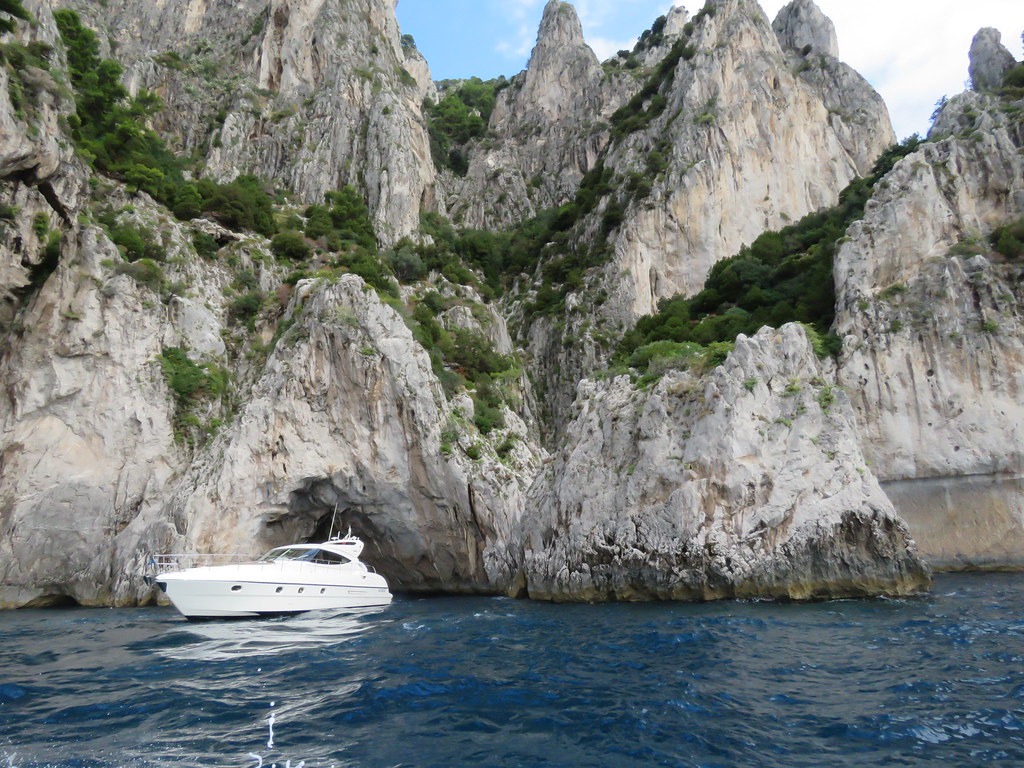 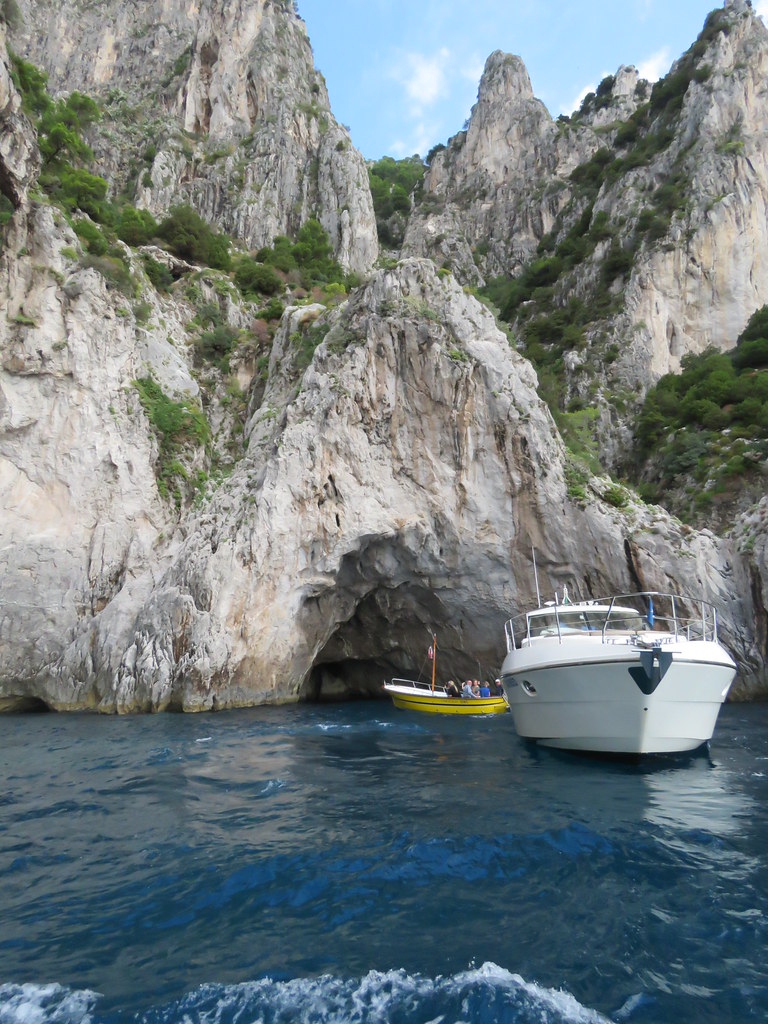 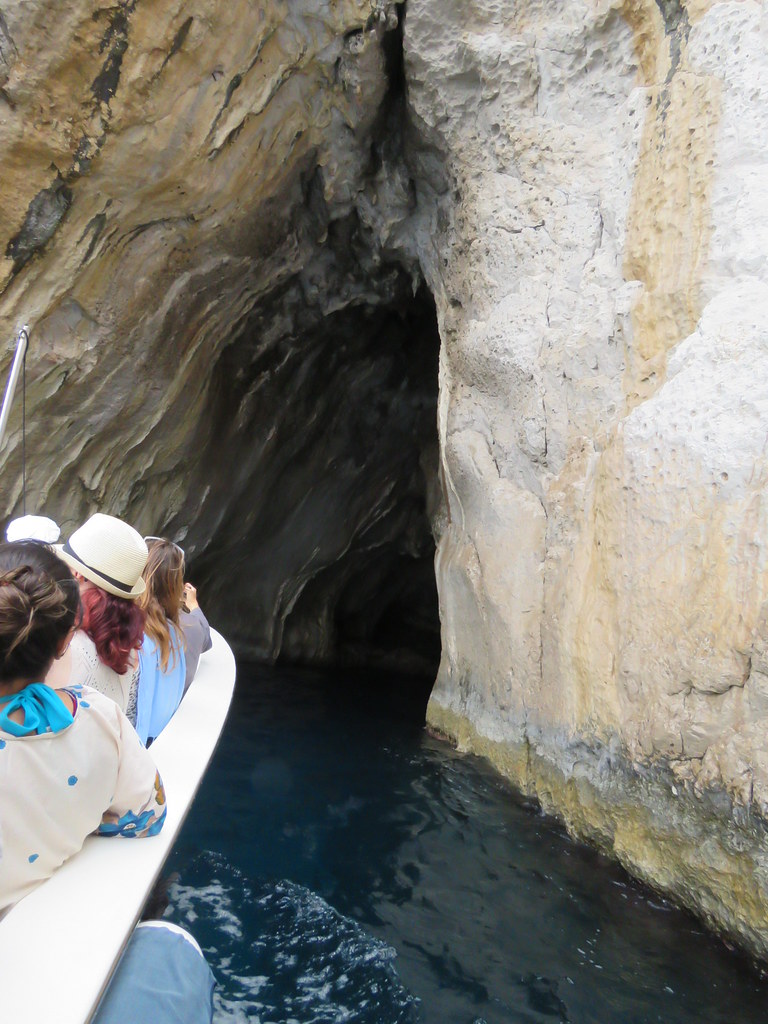 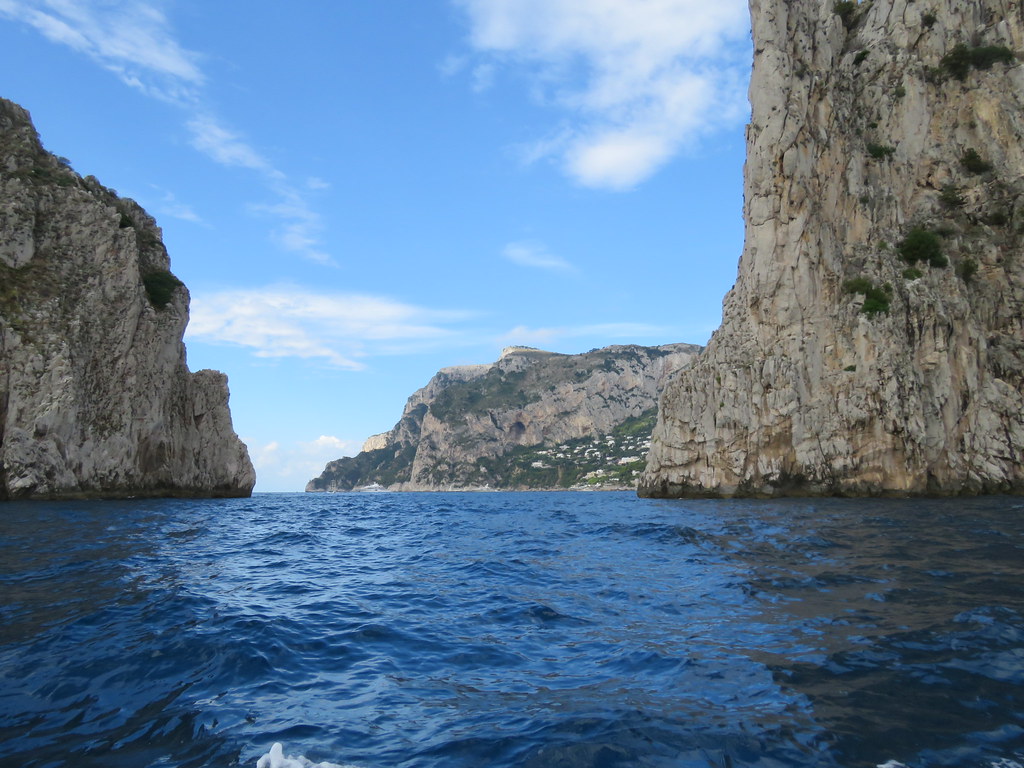 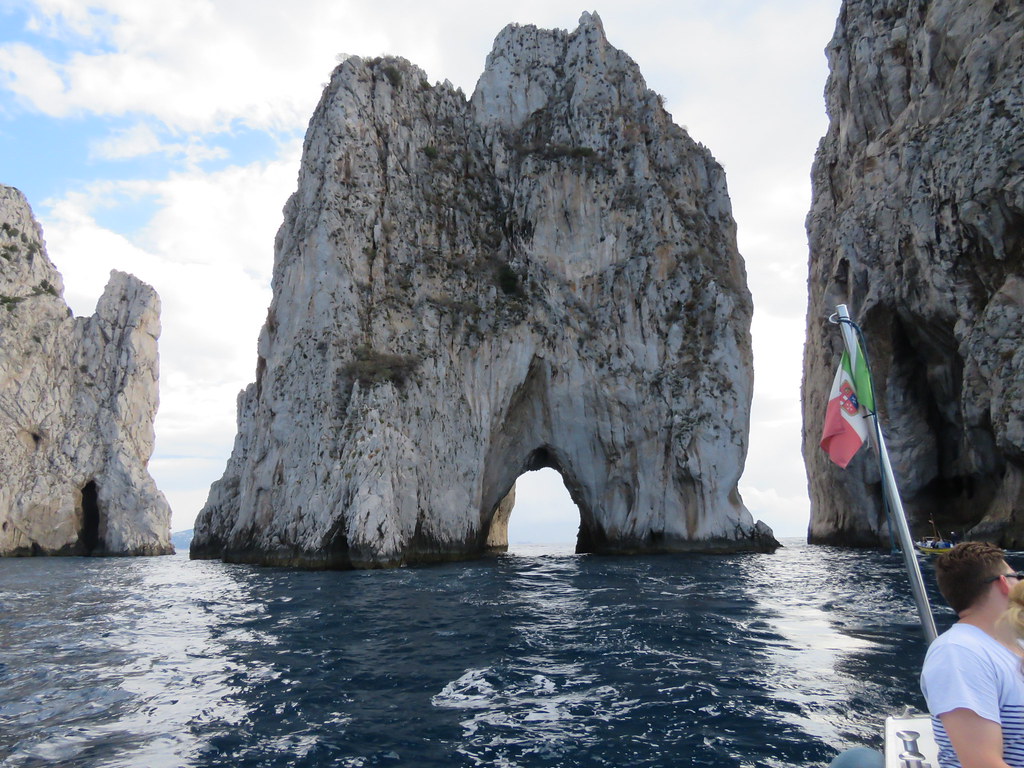 Then the driver stopped in a little bay and anchored the boat so that we could jump in for a swim. 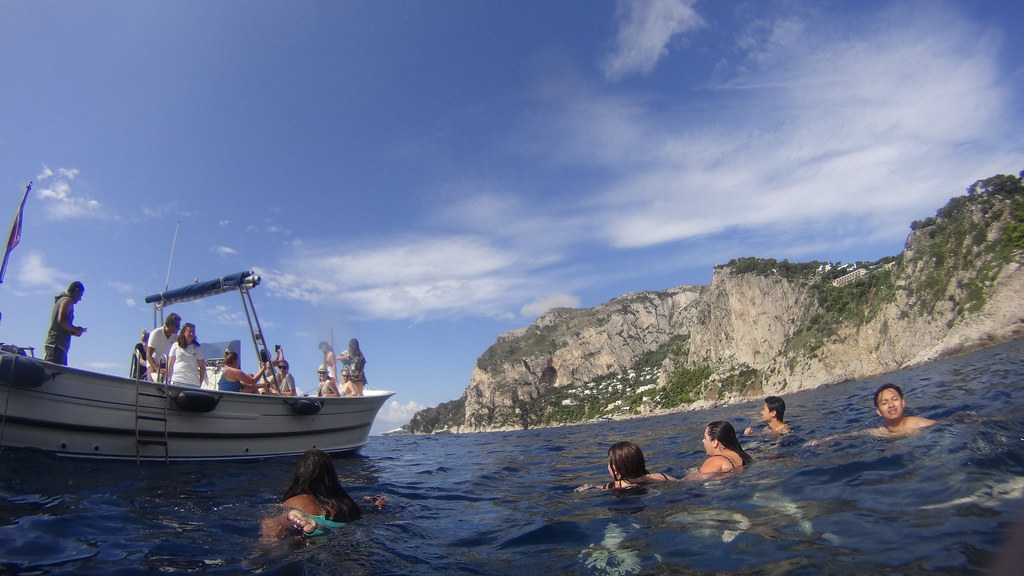 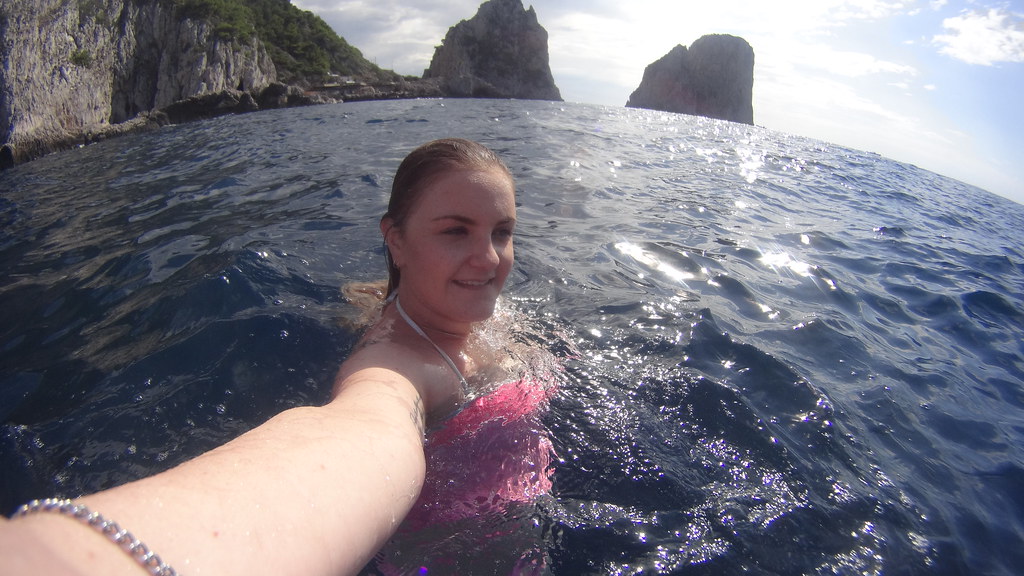 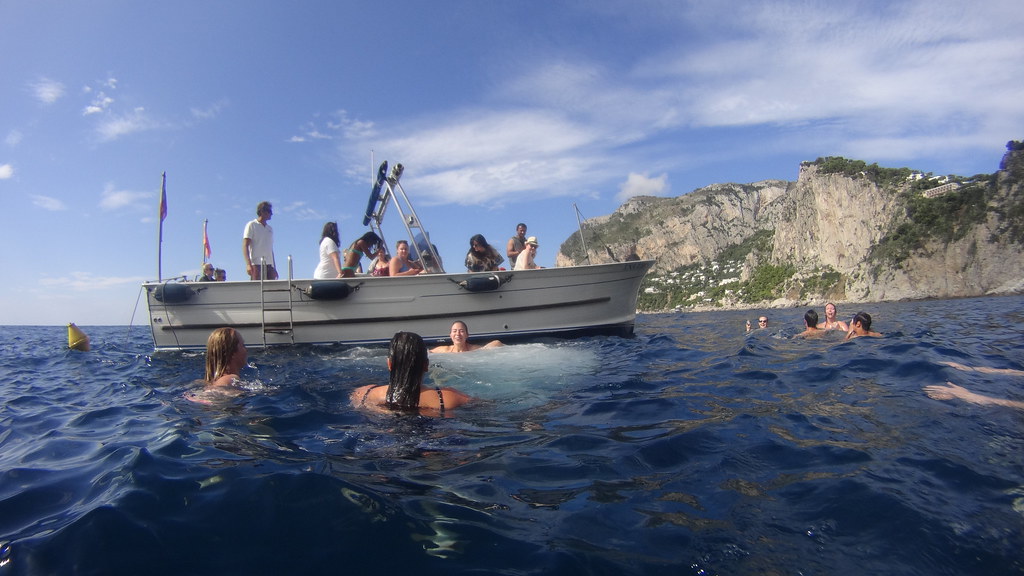 Swimming in Capri was one of the highlights of my trip – the water was beautiful! Warm and so crystal clear and we were so lucky that the sun was still shining. If you ever have the chance to visit Capri, you must do a cruise and go swimming! 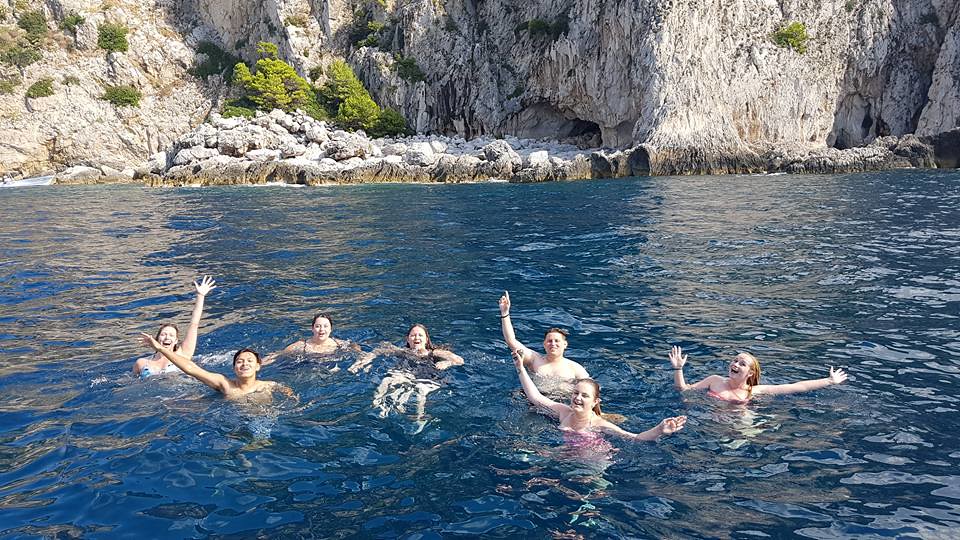 After our cruise, it was back to Capri. On the way back, I somehow managed to slam my foot into the side of the boat (I slipped at the same time that the boat rocked) – my toe was in excruciating paing, and I was convinced I had broken it! Back on Capri, a bunch of people decided to catch a little bus to Anacapri, which is up the mountain. I decided not to go as my foot was so sore (but I regretted that decision later after I saw people’s photos of the views!! But oh well, I will have to go back one day). Kate didn’t go either, so we decided to head to a restaurant for lunch – I had a delicious Margherita pizza (loving the pizza in Italy!). After lunch, we headed to the beach to chill. The beach was rocky, so not very comfy but the water was so blue and gorgeous. 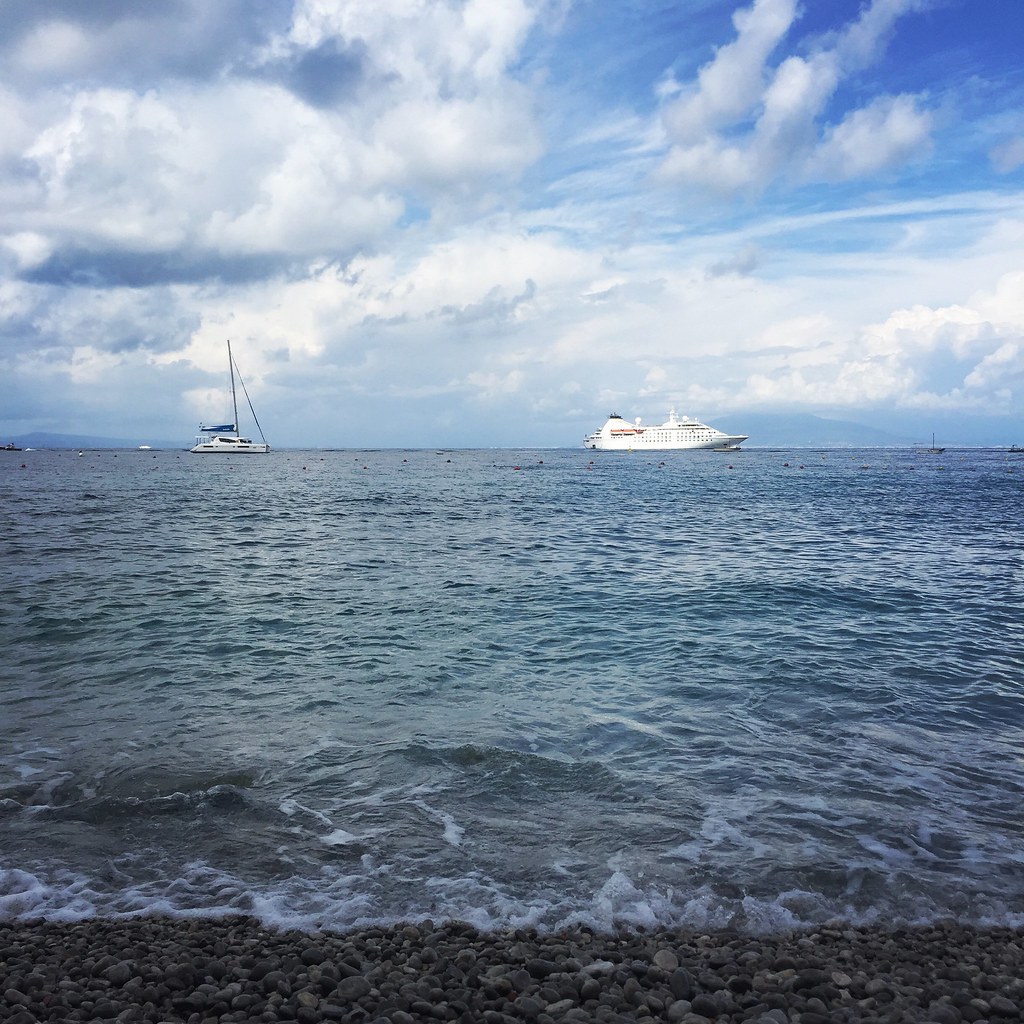 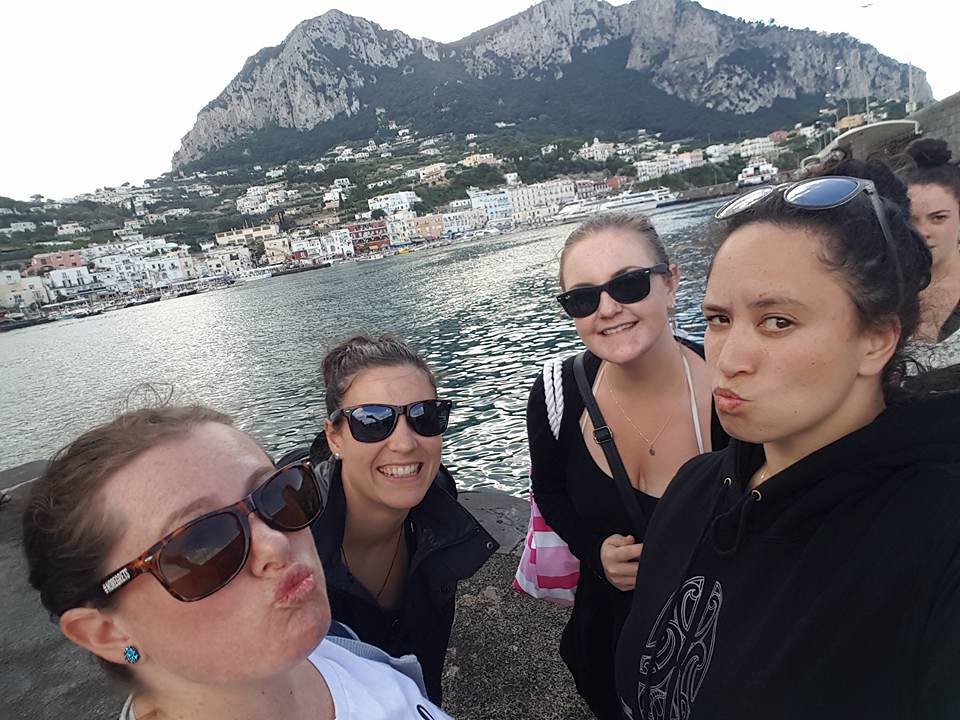 Soon enough, it was time to get back on the ferry to head back to Sorrento. We had about an hour in Sorrento before we had to meet the shuttle coach to take us back to the hostel. I wasn’t feeling up to walking around, so I headed to a bar and chilled with an Aperol Spritz and people-watched for an hour. 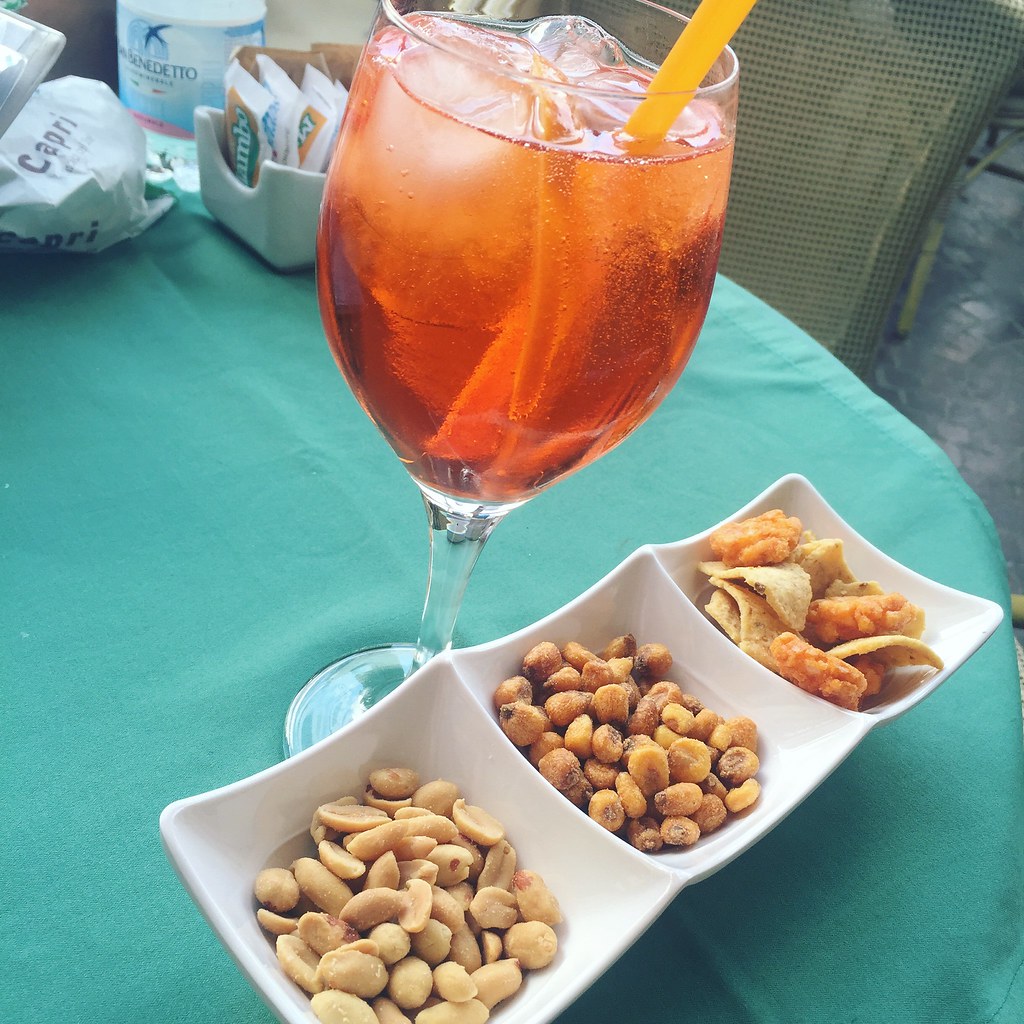 Tonight, we had an included dinner at a restaurant near the hostel. It was nothing special – lasagna, but still yummy. Then it was back to the hostel for bed after an exhausting day.