This morning we had an 8.30am departure from our hotel in La Spezia. Today we would be heading to Pisa and then Florence.

We drove for about an hour or so to our first stop – Pisa.

Pisa was very busy, with lots of busloads full of tourists. As soon as we got off the bus we were immediately hounded by guys selling fake ray-bans and bags. The closer we got to the area where the leaning tower of Pisa was, the more market stalls we saw. In fact, the whole area was covered in stalls selling lots of fake items, and touristy things like keychains and fridge magnets.

We stopped for about an hour or so here – of course, I had to get the cliche tourist photo at the leaning tower. It was pretty funny seeing everyone else trying to get the same photo. 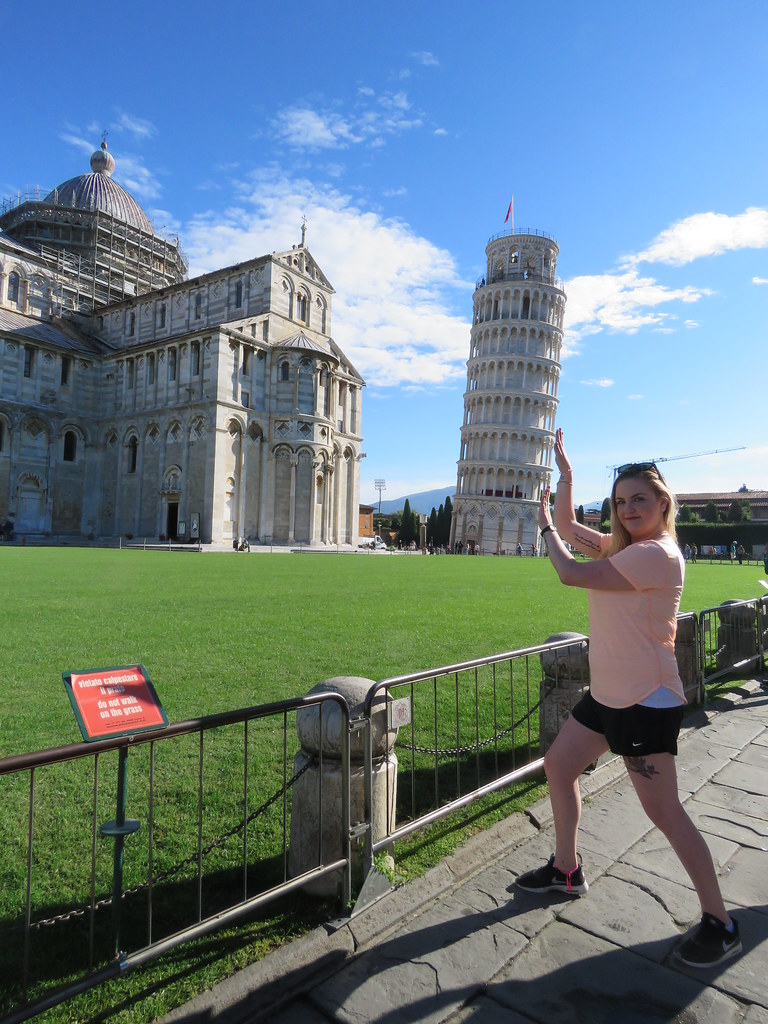 The tower itself is really on a massive lean, even more than I expected it to be in real life. 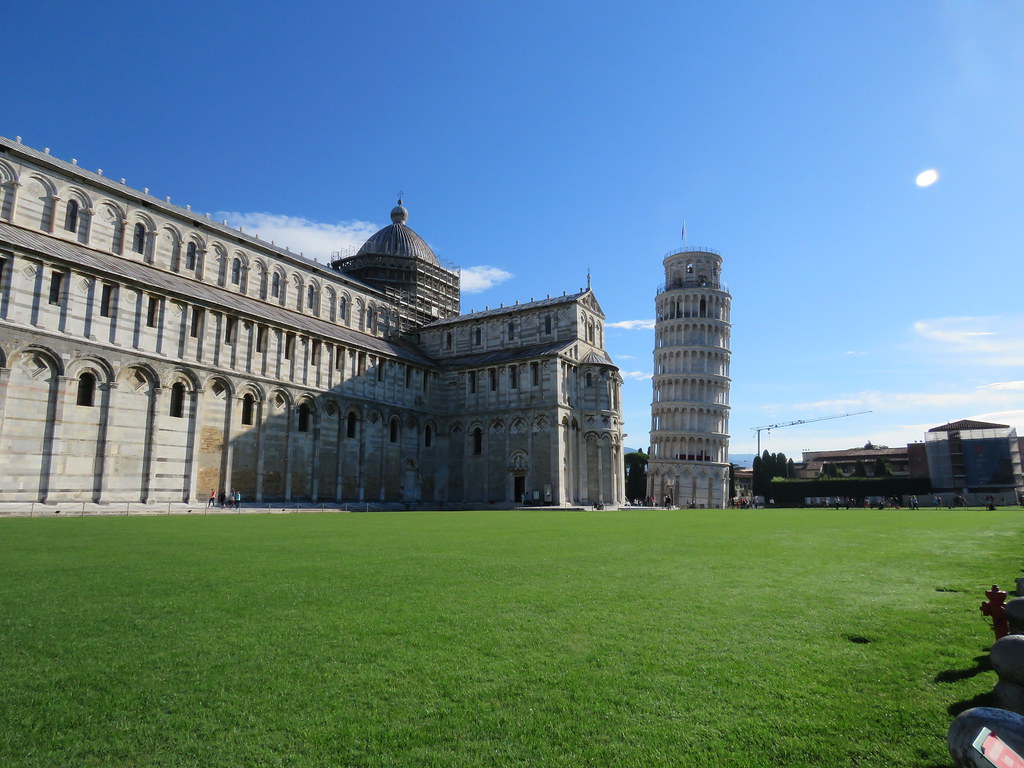 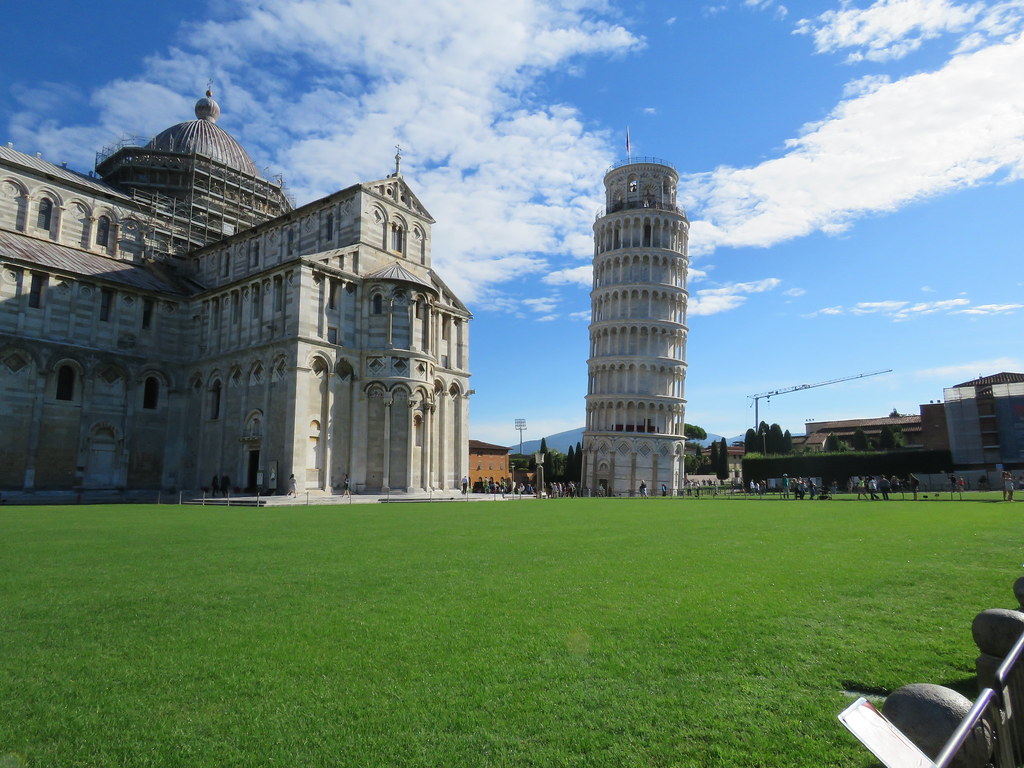 After our quick stop at Pisa, it was back on the bus to Florence (or Firenze). We arrived at Florence at about 12.45pm and our first stop was Leonardo Leather works for a free demonstration. It was pretty interesting- we learnt how to tell the difference between fake leather and real leather – and it turns out you can’t trust salesmen doing the flame trick! The only way to tell is to look at the back of the leather – all real leather has suede on the back and it has friction when you rub it. Good to know! We also got to look in the shop – this is where the sell the famous puzzle ring!  A lot of girls on the tour got one – I didn’t but afterwards I wish I did.

After the demonstration a bunch of us went to a sandwich shop that we had been recommended – Lo Schiacciavino. They make your sandwich to order and then toast it. I had ham, tomato and mozzarella – so yummy! 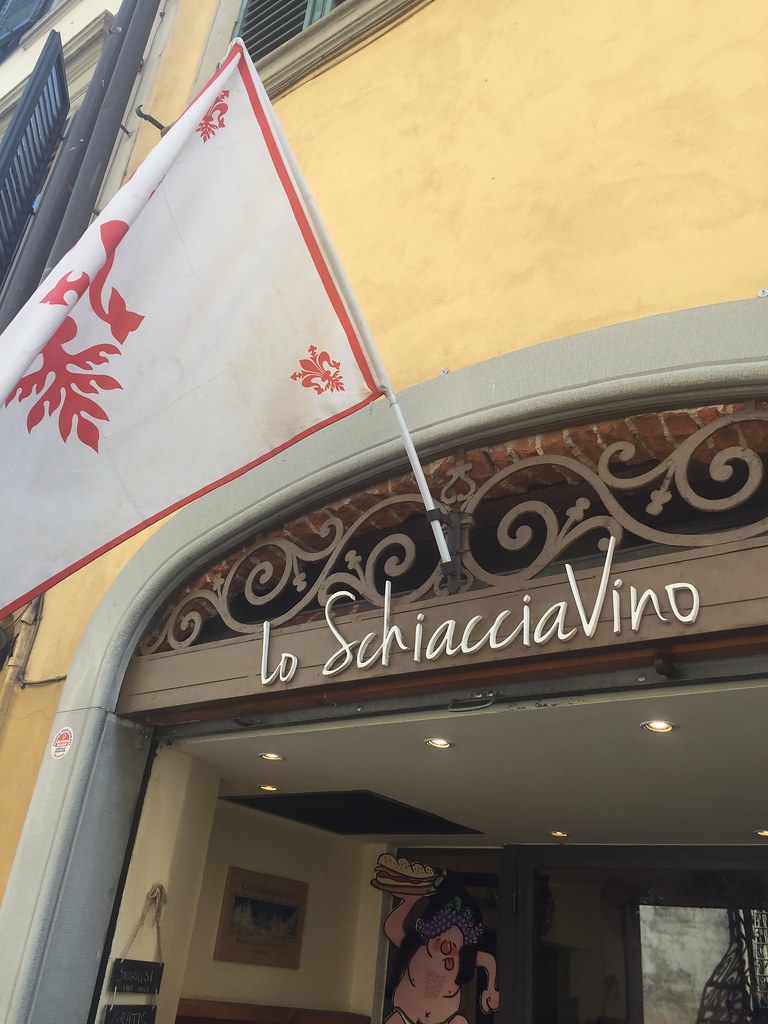 At 2pm, we met in the main square for a free walking tour of the city. We walked through the beautiful town hall, saw the replica of the statue of David, other statues that were over 500 years old (crazy!), the Ponte Vecchio – a medieval bridge with jewellery stores, and the famous church – the Duomo. 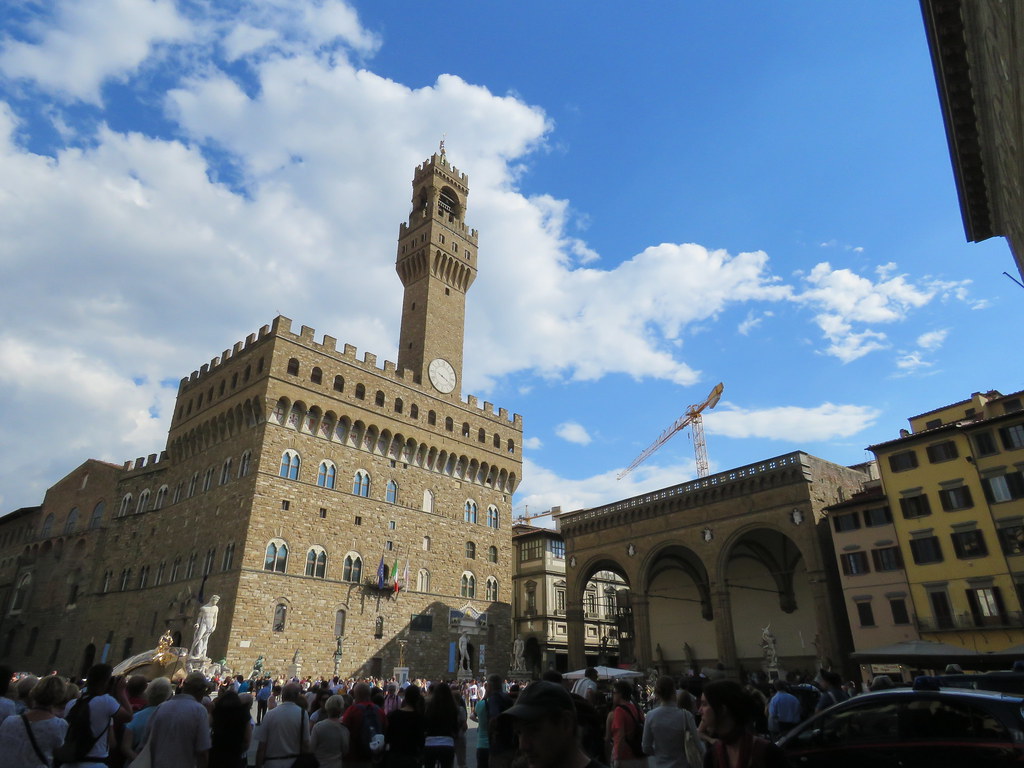 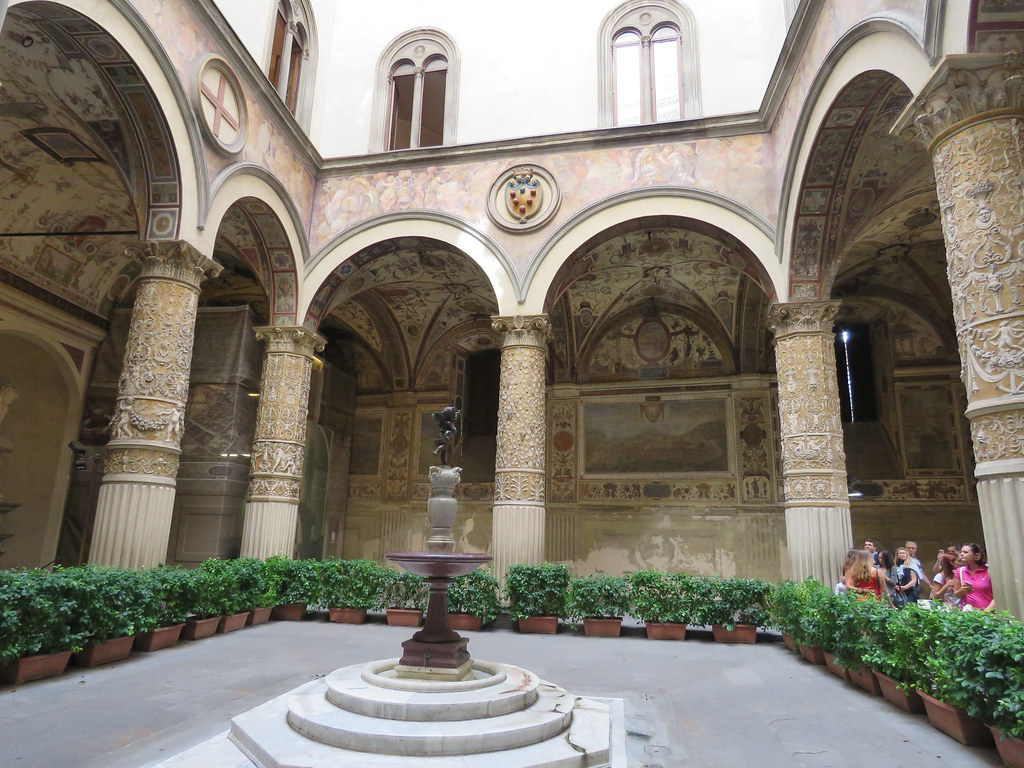 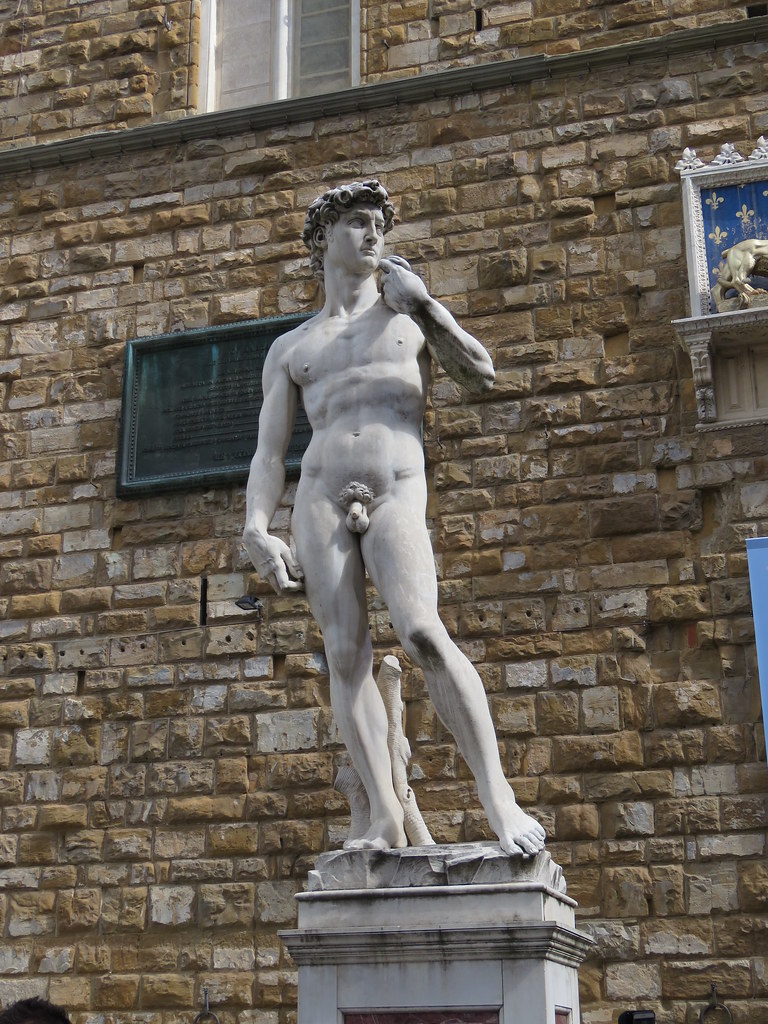 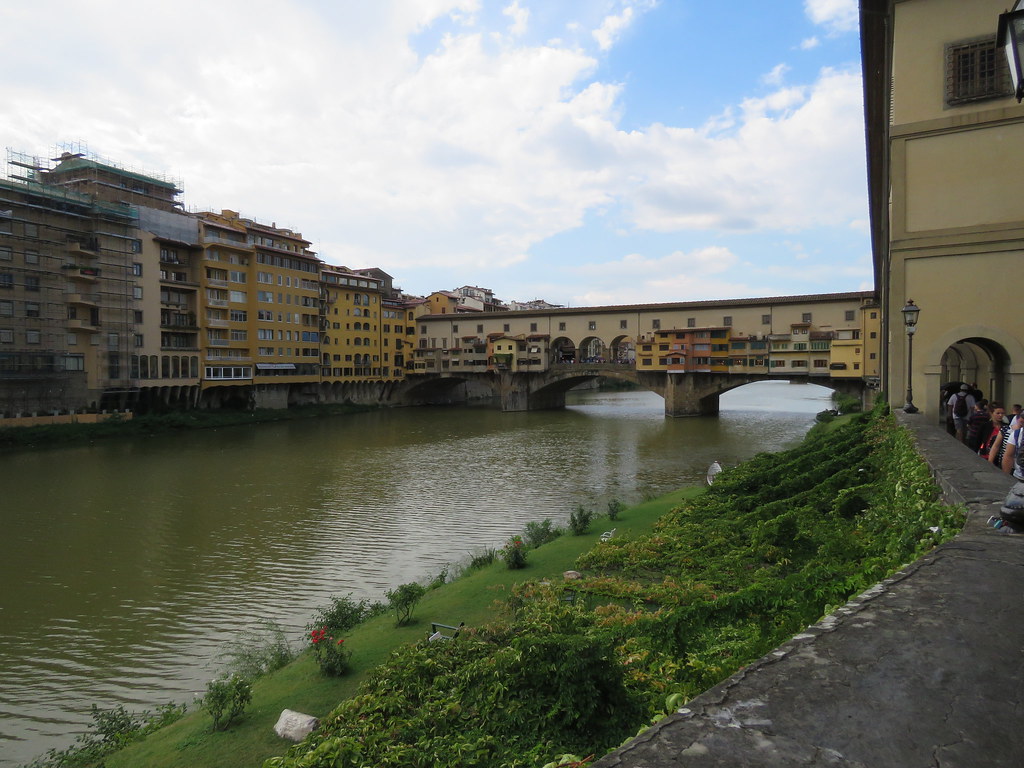 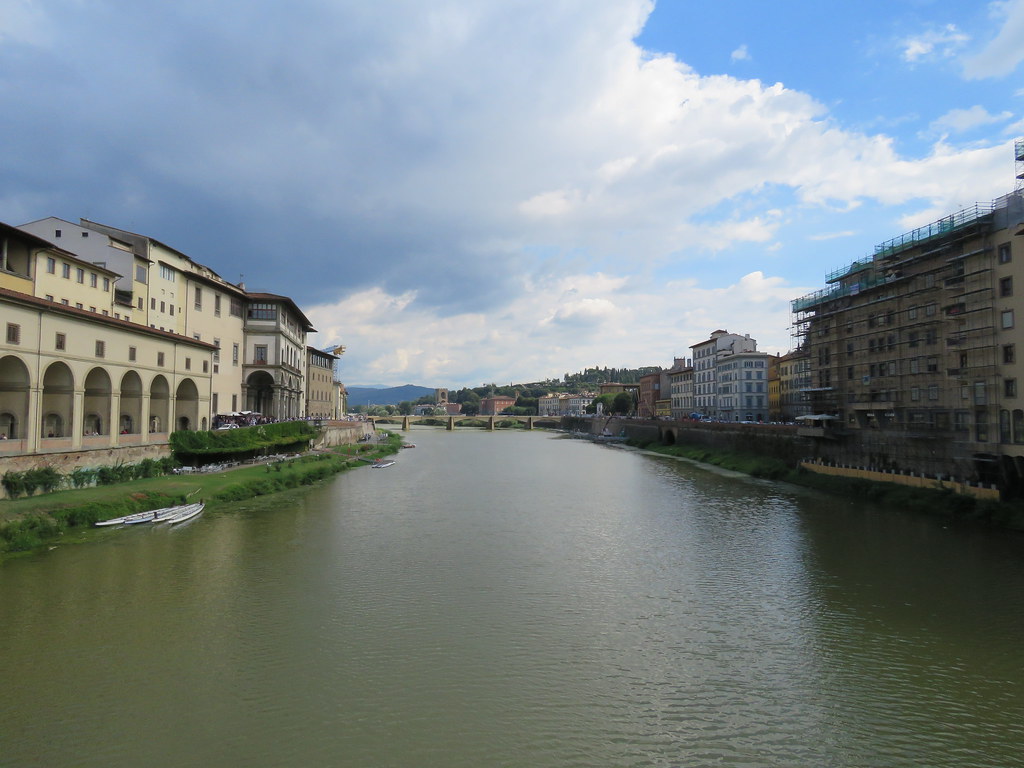 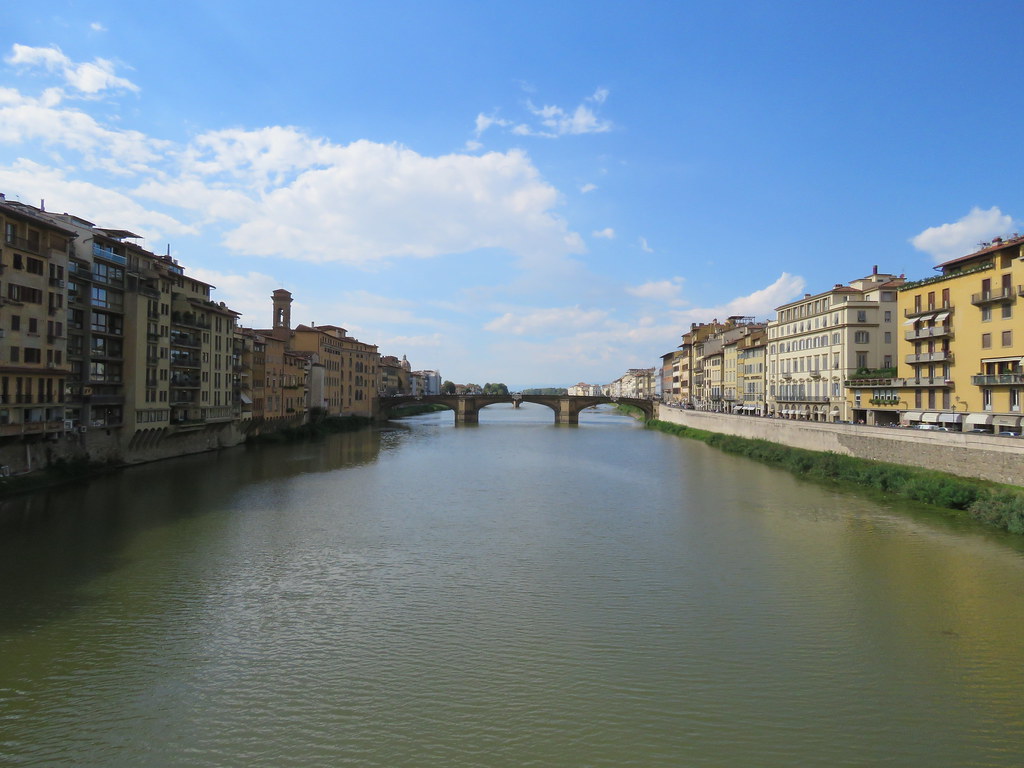 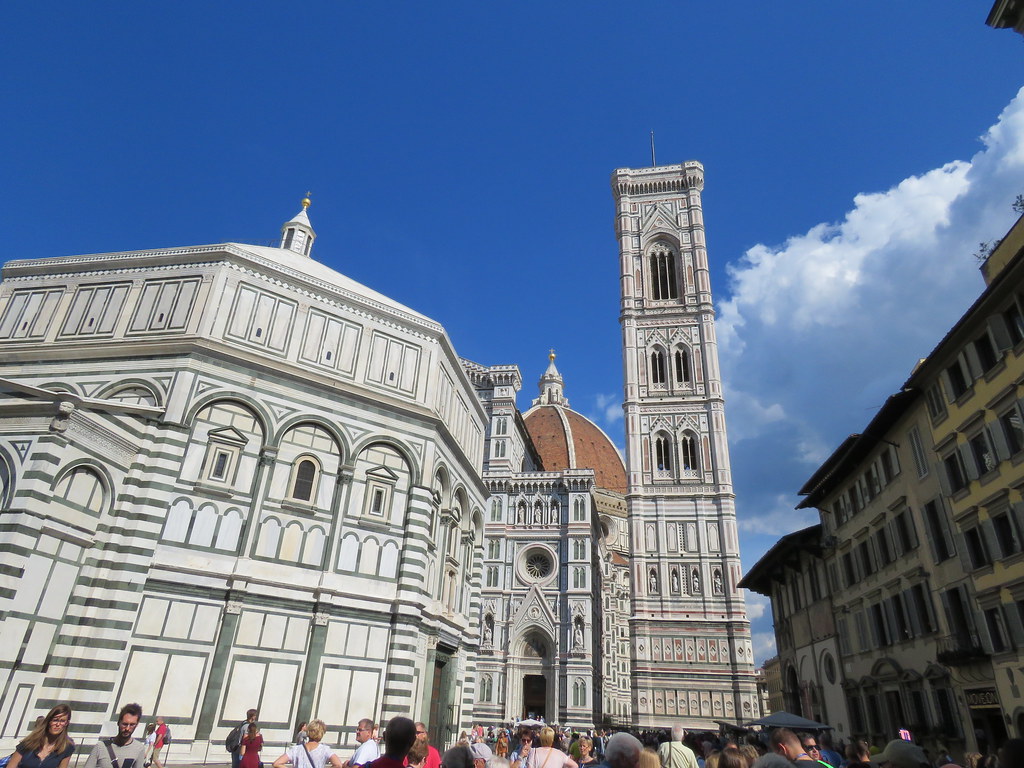 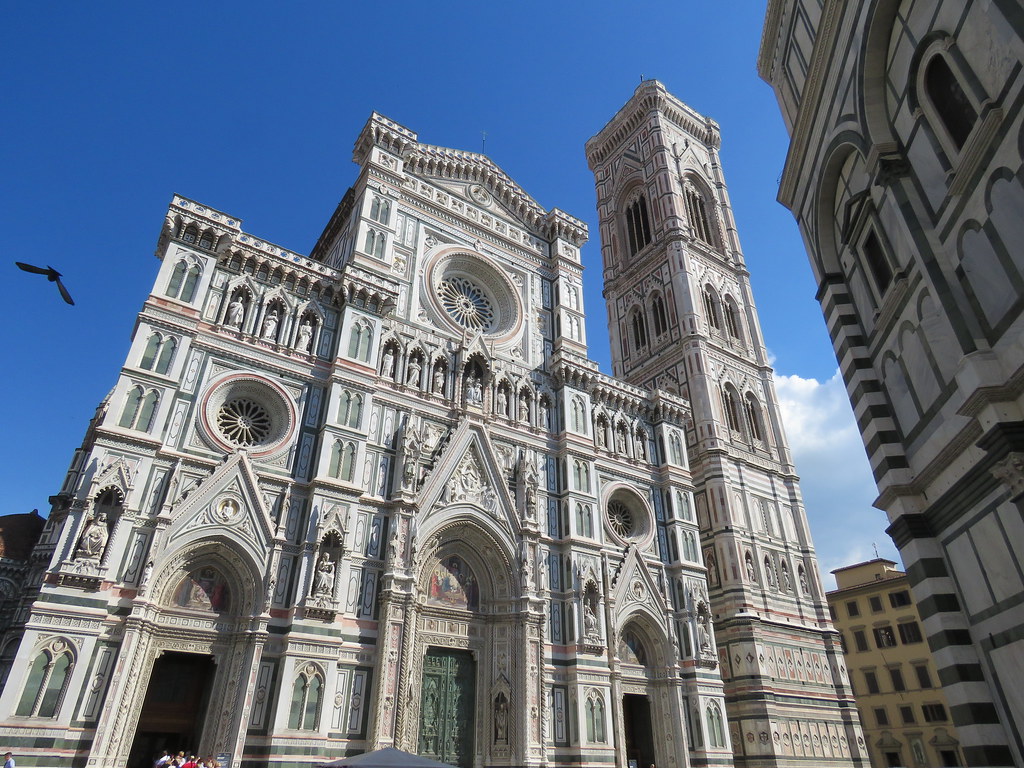 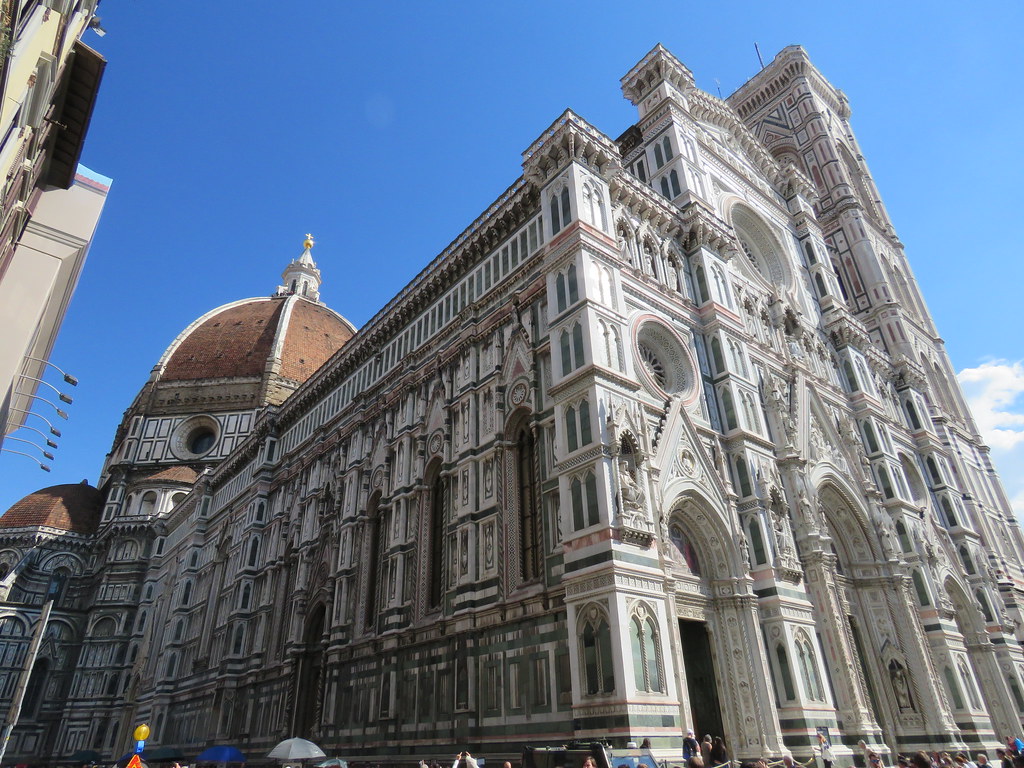 There is so much history in Florence and it’s such a beautiful city. After the tour ended, we went and got some gelato from Venchi – they had a chocolate waterfall inside the store and the gelato was so good! 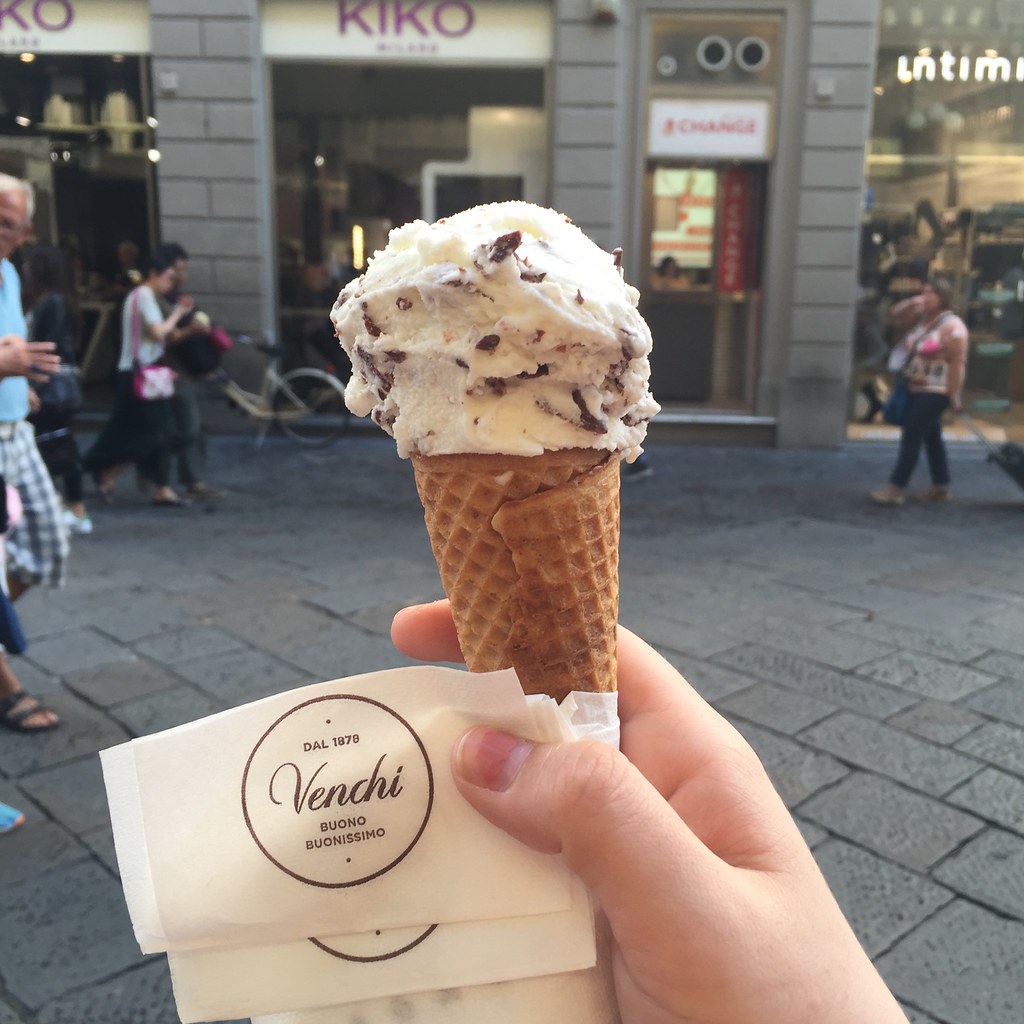 We had free time after this so I went to Piazza Santa Croce, where there were a lot of artists selling paintings. I ended up buying two beautiful paintings of Florence from this girl about my age. I had a quick look around the square and took a photo of the Basilica of Santa Croce – where Michelangelo, Galileo and Machiavelli (among others) are buried. 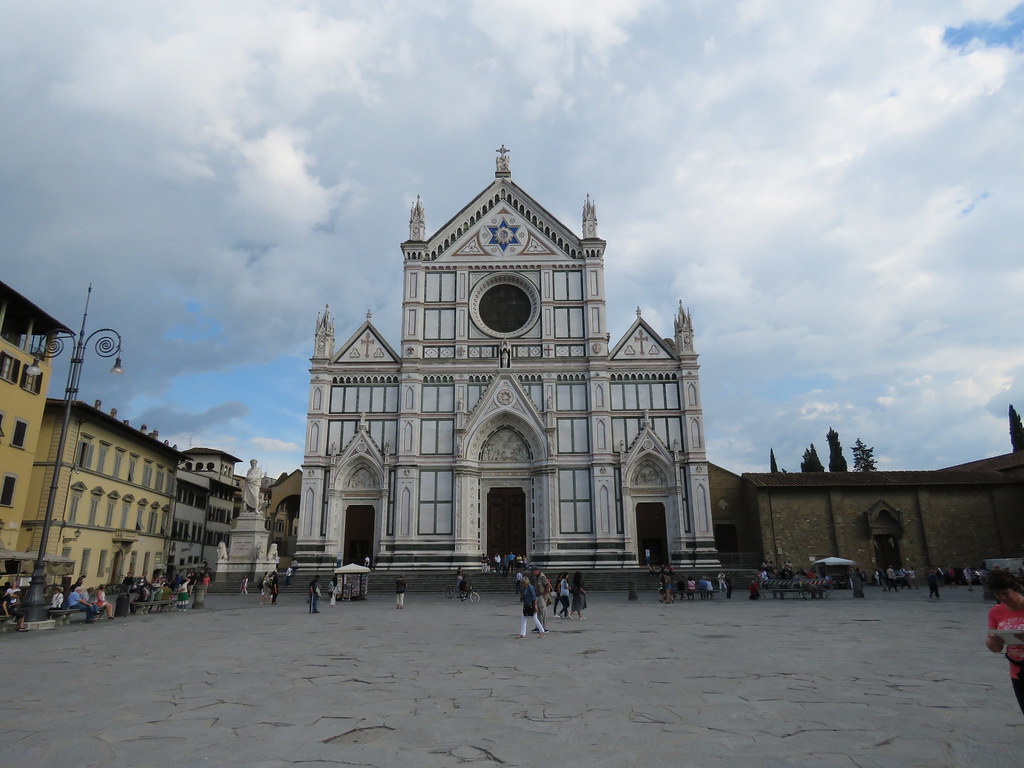 Then it was back on the coach to our hotel to check in. We didn’t have long to get ready before it was time to go back out for our Optional Tuscan dinner – this was an amazing dinner – 4 courses! We had antipasti, pasta, steak tartelle and a yummy dessert. Unfortunately I didn’t take any photos of the meal! But it was well worth it. After dinner, you could go to the Space Disco, which was another optional. I passed as I was still feeling sick, but I think those who went had a good time.

Florence was amazing, I definitely would like to go back again!