Today was our full free day in Nice before heading to Monaco later in the day. It was a beautiful day as well – our hostel (while it was pretty rubbish) it was in a perfect location right in the centre of Nice, with everything within walking distance.

We headed out after breakfast and walked towards the beach. We came across a large square that had a big fountain in it so we did a quick photo stop here. 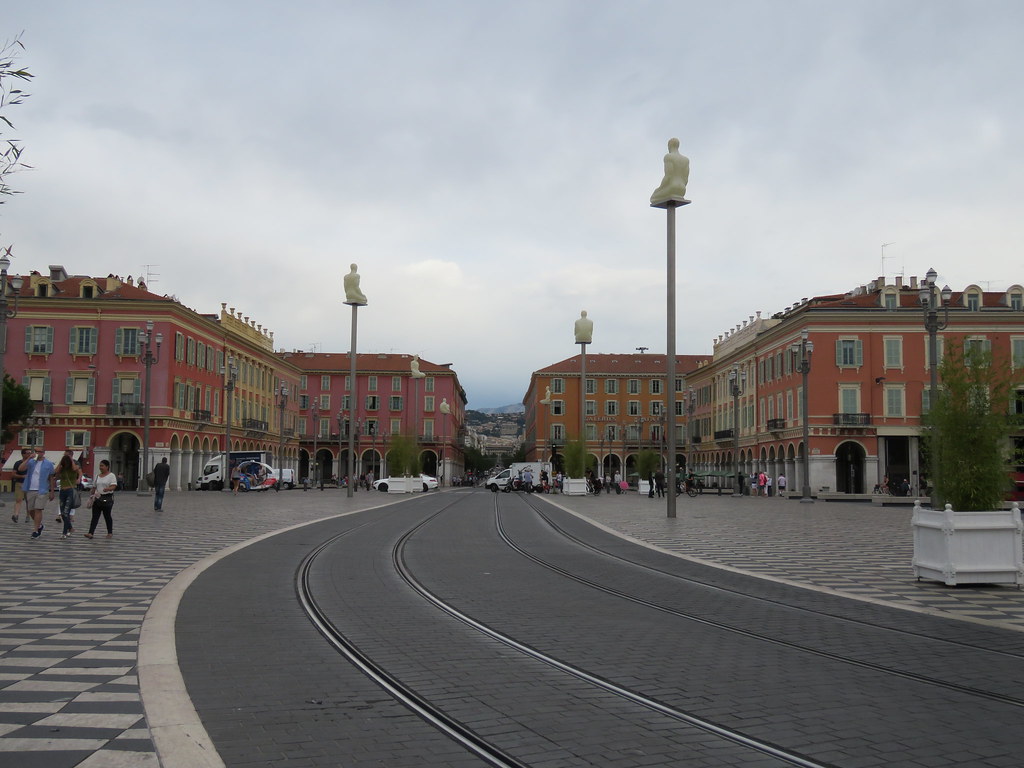 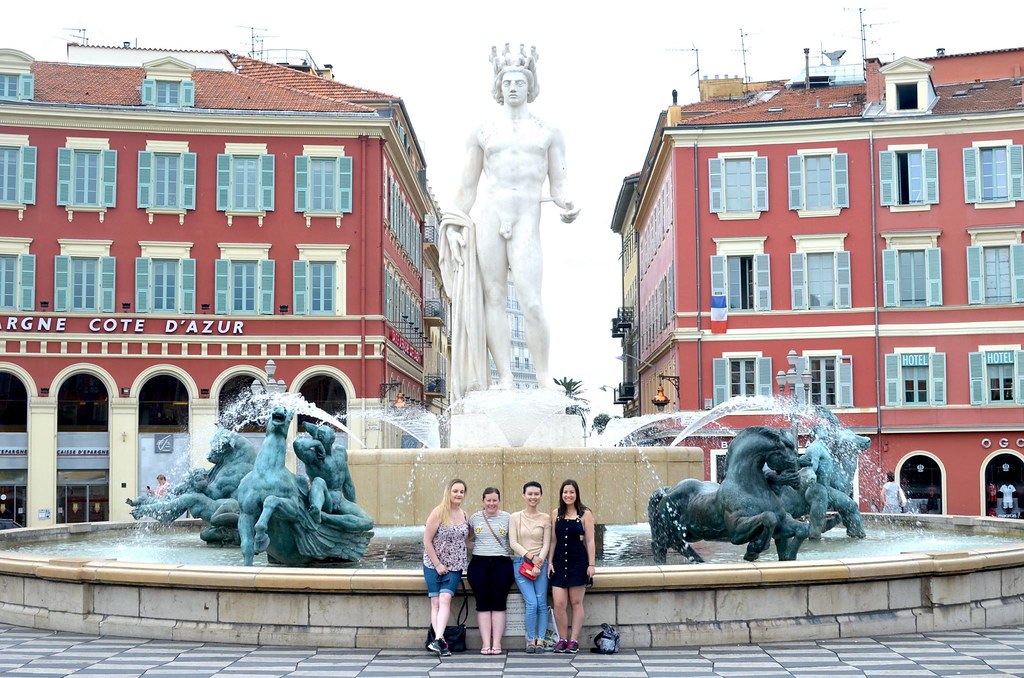 Then we made it to the main street next to the beach. We had a brief glimpse of the beach the night before but seeing it in the sunshine was amazing! We headed towards Parc de la Colline du Chateau which is a park on top of a hill that overlooks Nice. On the walk up, we stopped at the end of the beach to take some photos – the water was amazing, the bluest water I’ve ever seen! 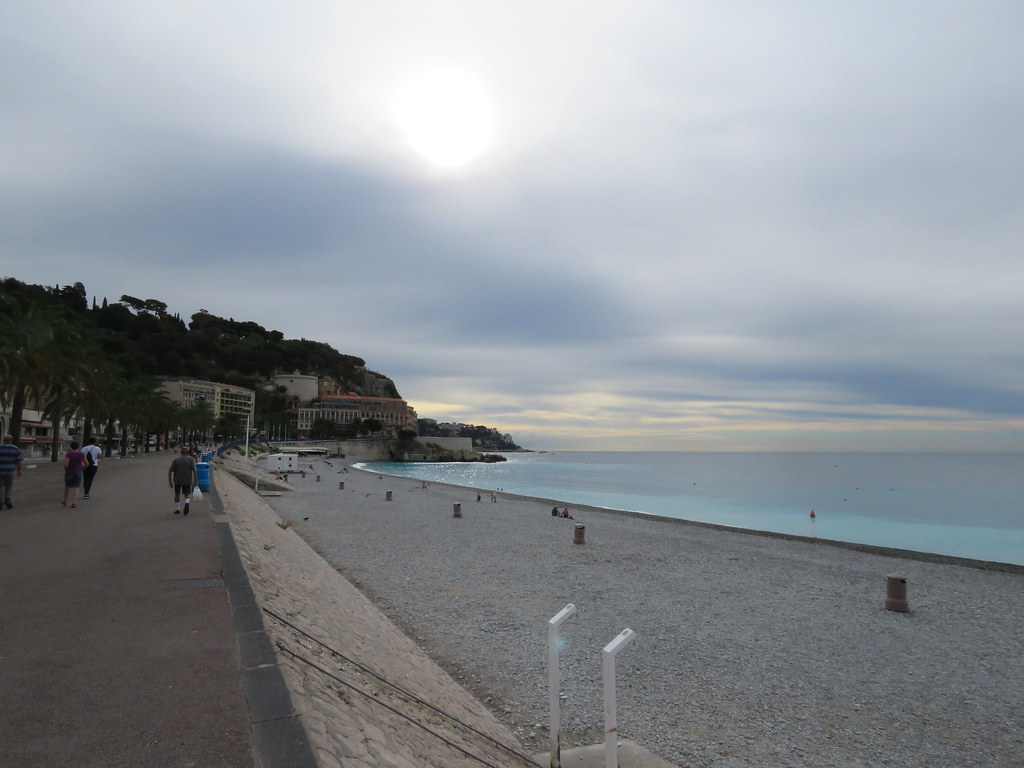 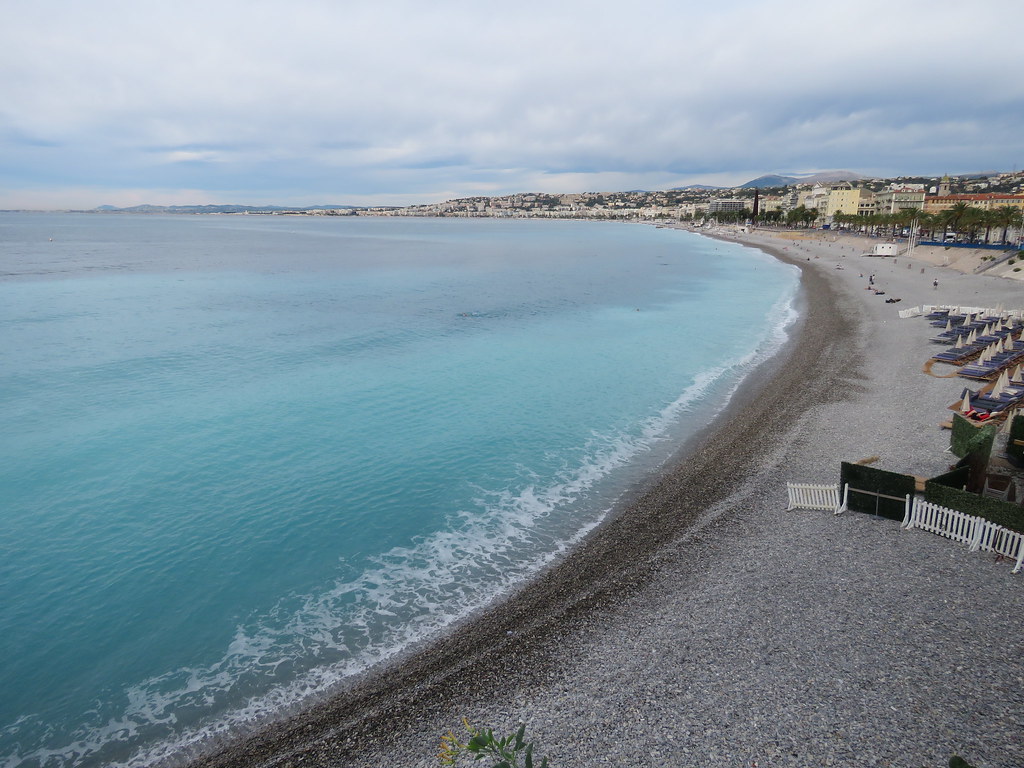 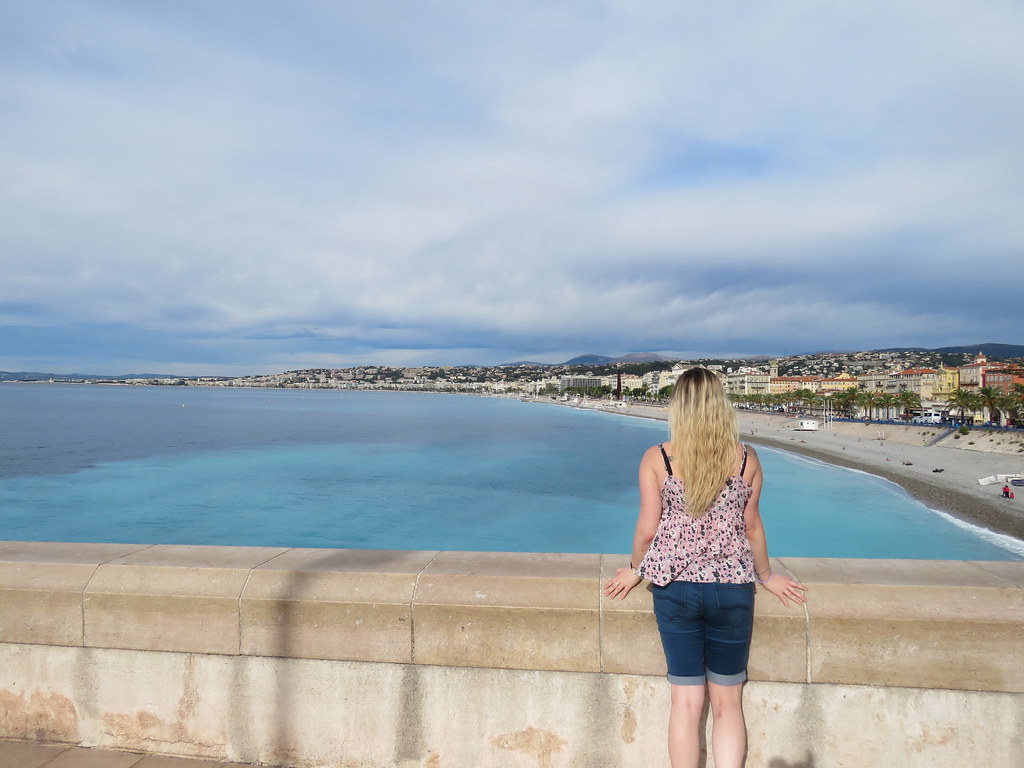 After taking lots of photos, we kept on walking toward the Parc du Chateau. To get to the top we had to climb some stairs then get in a little elevator that took us up to the top. The view from the top was amazing – well worth going up! There was a great view of the beach as well the city of Nice itself. The water looked even more amazing from up here! 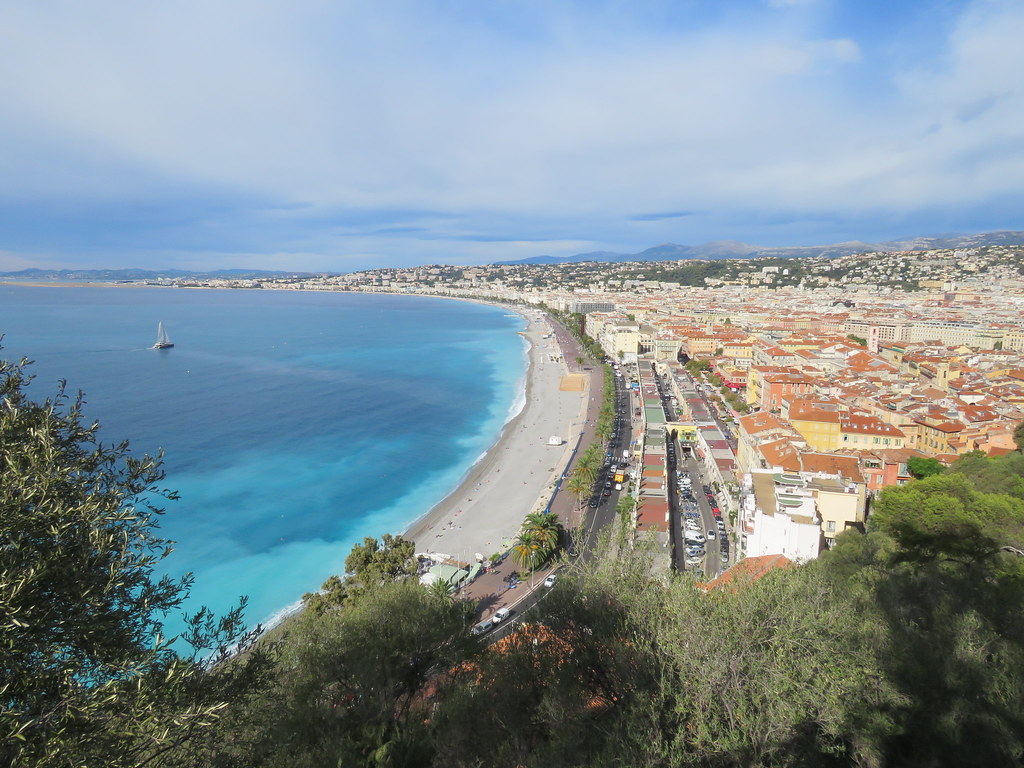 We strolled back down the mountain and through the tiny back streets of Nice. It was so nice walking through the streets, as there weren’t many people around. We came across a church and went inside – it was so pretty. 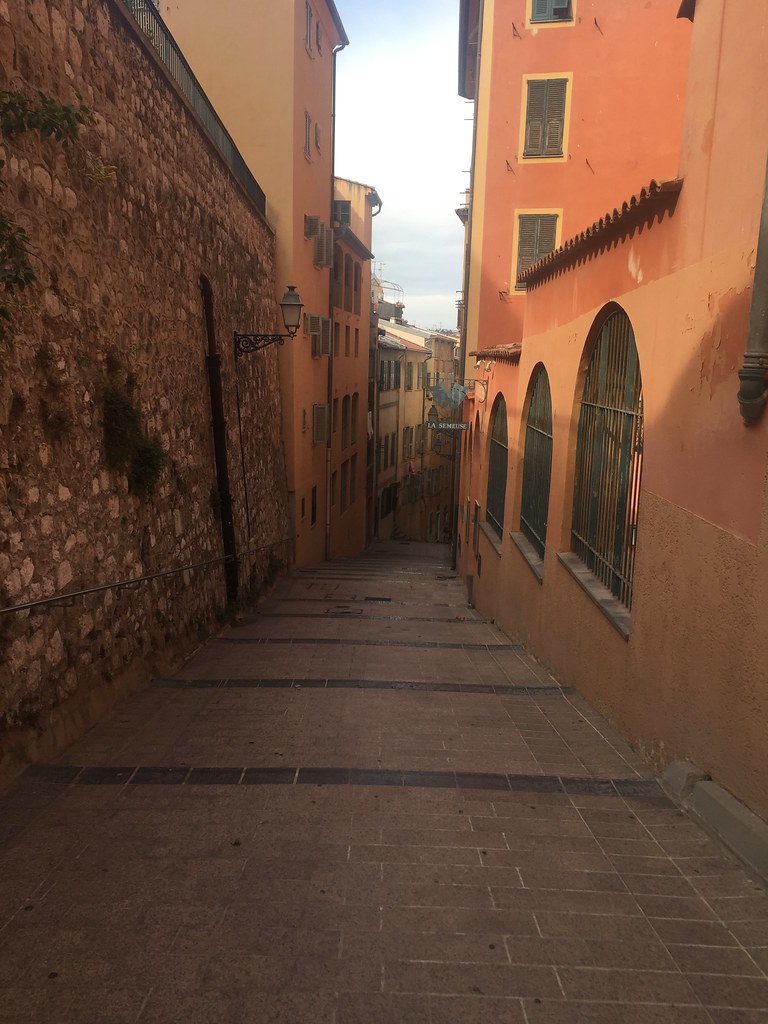 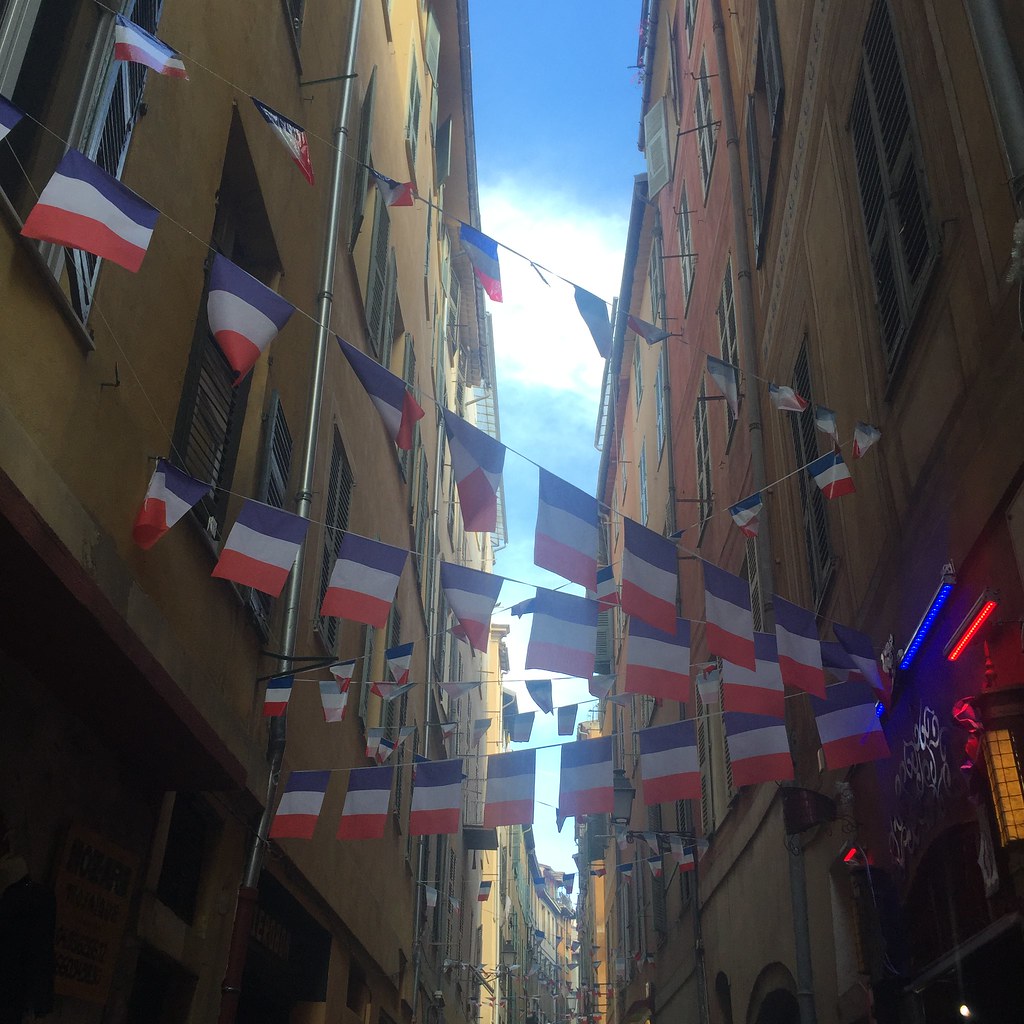 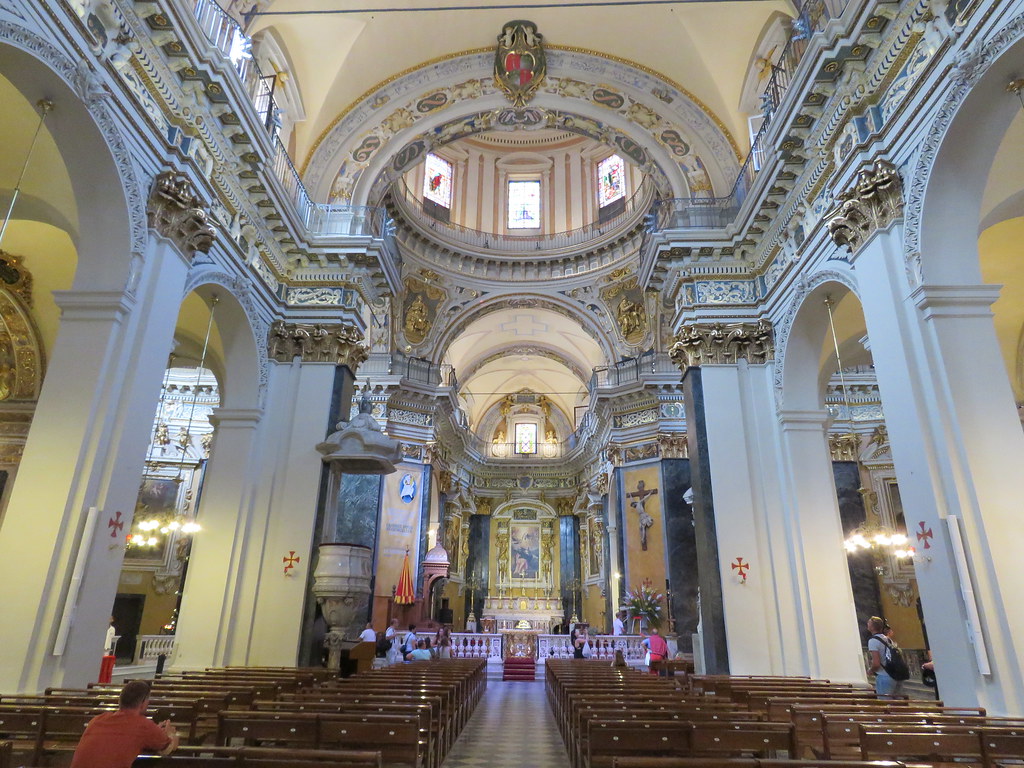 Then we found the markets. There were lots of yummy fresh fruit and breads here (but of course it didn’t compare to the market in Barcelona). I bought some raspberries and a yummy cheese/bacon bread thing for lunch and then we walked over to the beach and sat on the edge of the sidewalk to eat. After lunch, we walked to the shops to buy a towel and swimmers for the beach – I just bought bottoms as I didn’t plan on going fully in. Then we headed back to the beach. The beach in Nice is a pebble beach, which makes it really hard to walk on (kind of painful too!). And getting in to the water is pretty difficult, it just drops down to nothing. Although, getting out was even harder as you basically had to crawl out. The water was lovely and warm though! Laying on the beach with hard rocks under you was not so nice though. 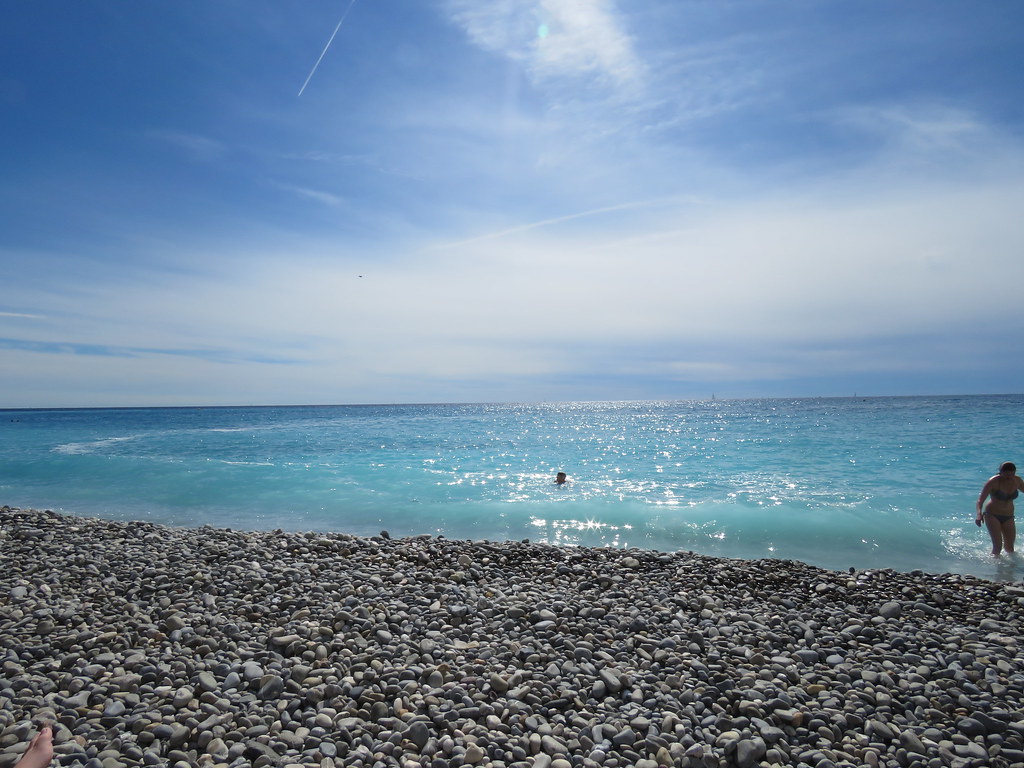 I had enough of the beach so decided to go and look at some shops. I found Sephora – and went a bit crazy, spending something like 170 Euros! Then it was back to the hostel to get ready, as we were departing for Monaco at 4pm. Tonight was a chance to get dressed up fancy! The drive to Monaco from Nice was gorgeous as the views of the coast were incredible. Before we got to Monaco, we stopped at Fragonard Perfumery where we had a tour of the perfume factory and then had the chance to buy some french perfume – I only bought a small bottle because it was quite pricey! We arrived at Monaco and had a little time before our optional dinner to take some photos. We saw the church where Grace Kelly is buried – the Cathedral of Our Lady of the Immaculate Conception. Then we walked up to the Prince’s palace – the palace itself wasn’t very impressive but the view over Monaco from here was amazing! 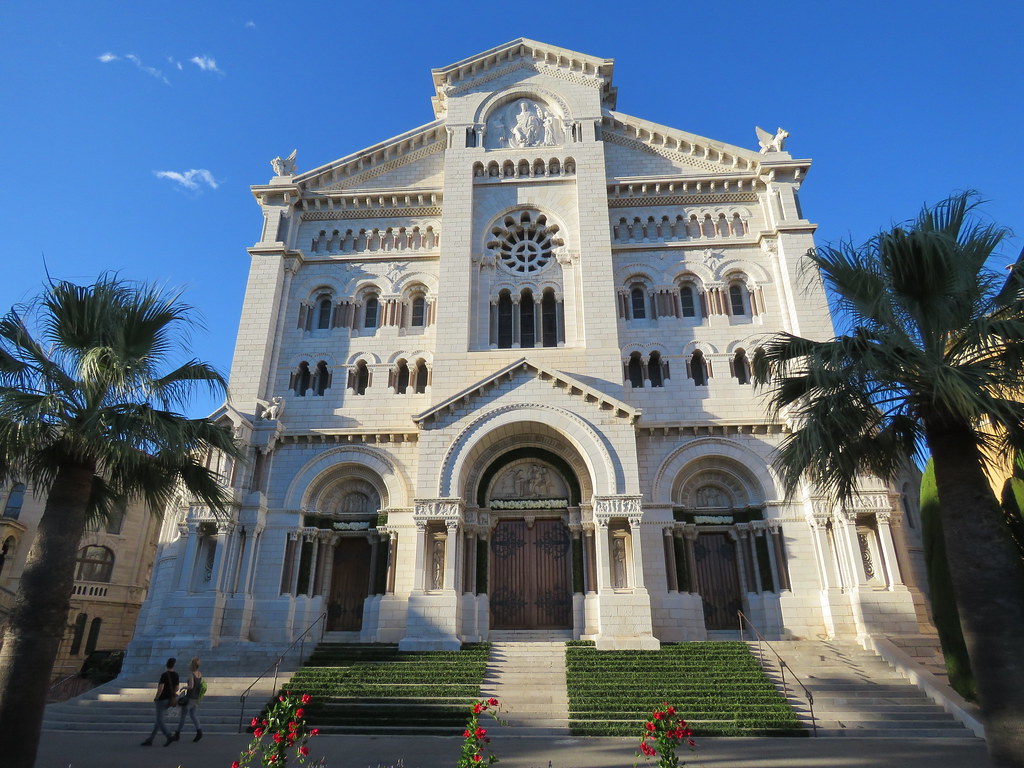 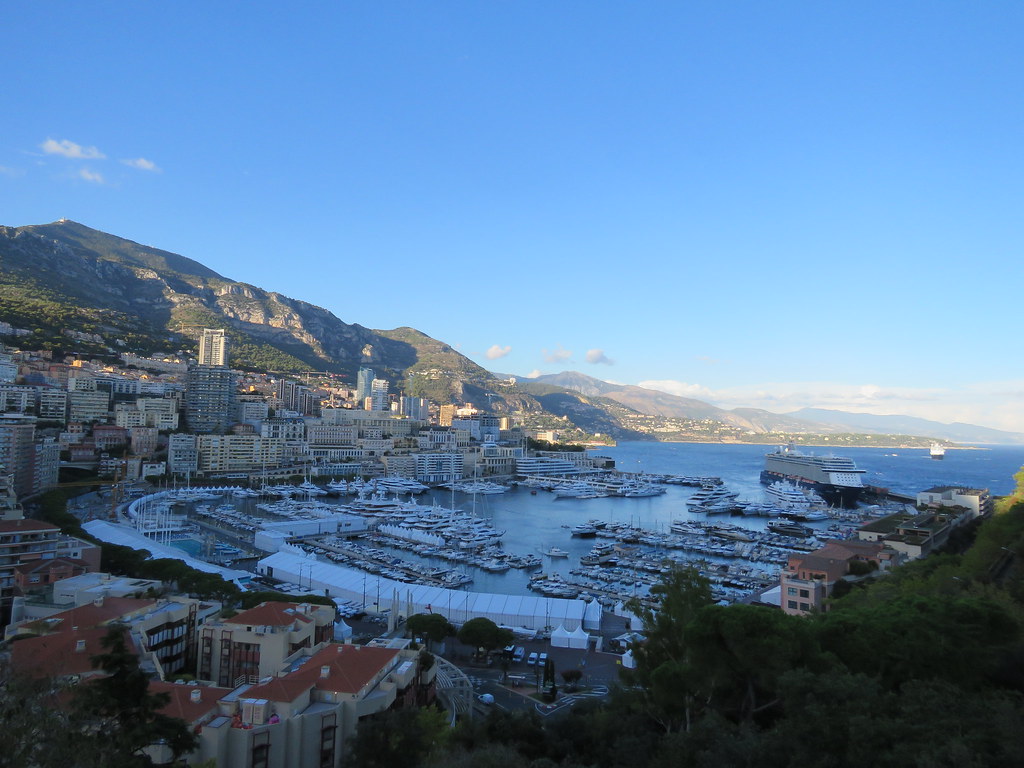 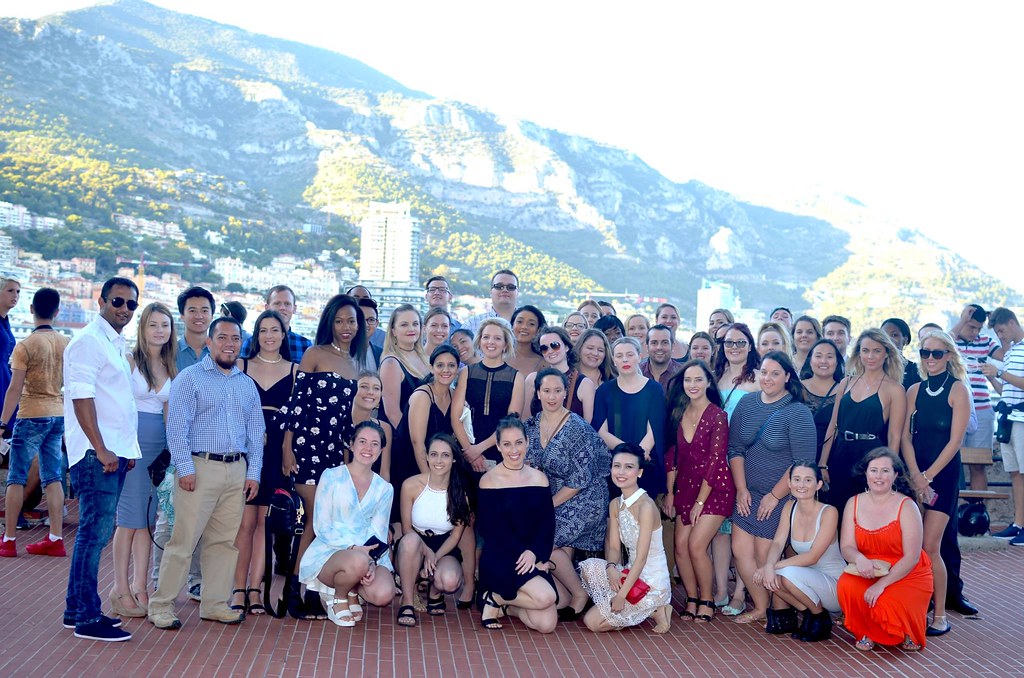 Our optional dinner was really nice – it was 3 courses. I had salad nicoise, roasted chicken and apple tart and we had wine included as well. 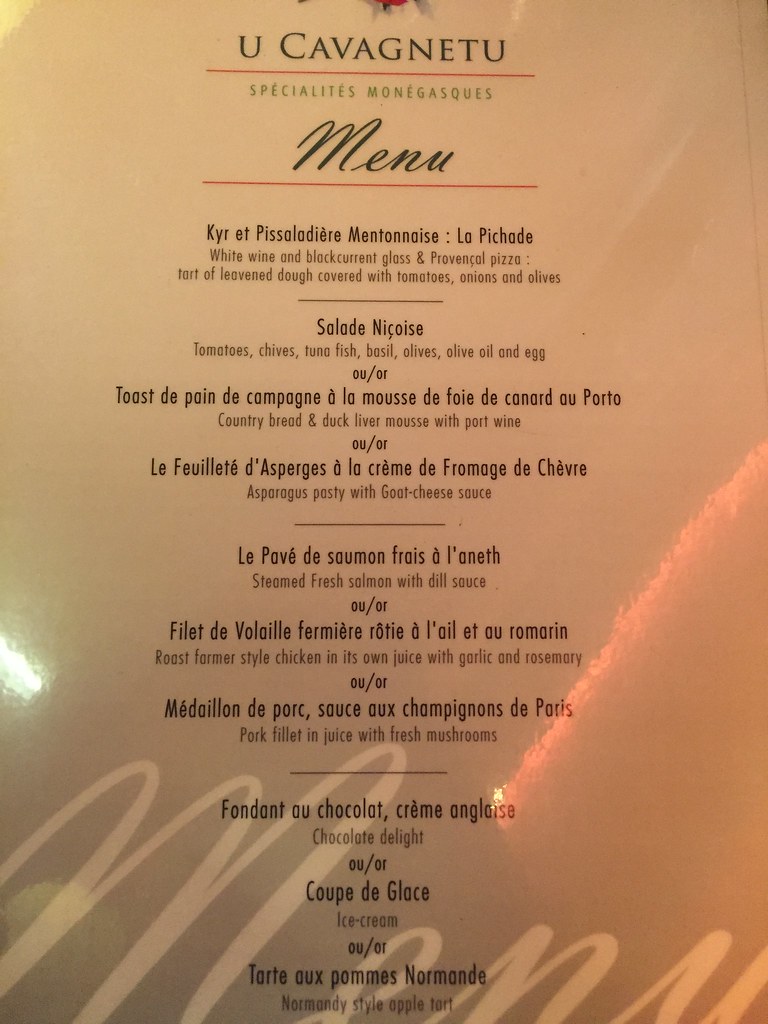 After dinner, we drove to Monte Carlo. We walked past the famous hairpin turn from the Grand Prix then headed up to the casino. The casino was 10 Euros to enter and you had to show your passport. The casino was smaller than I expected and not very busy which I found surprising. After watching some people gamble, I decided to put 20 Euros on black on a roulette table (just to say I had) and I won! I took my 40 Euros and cashed in straight away haha, I knew I wasn’t lucky enough to win twice. 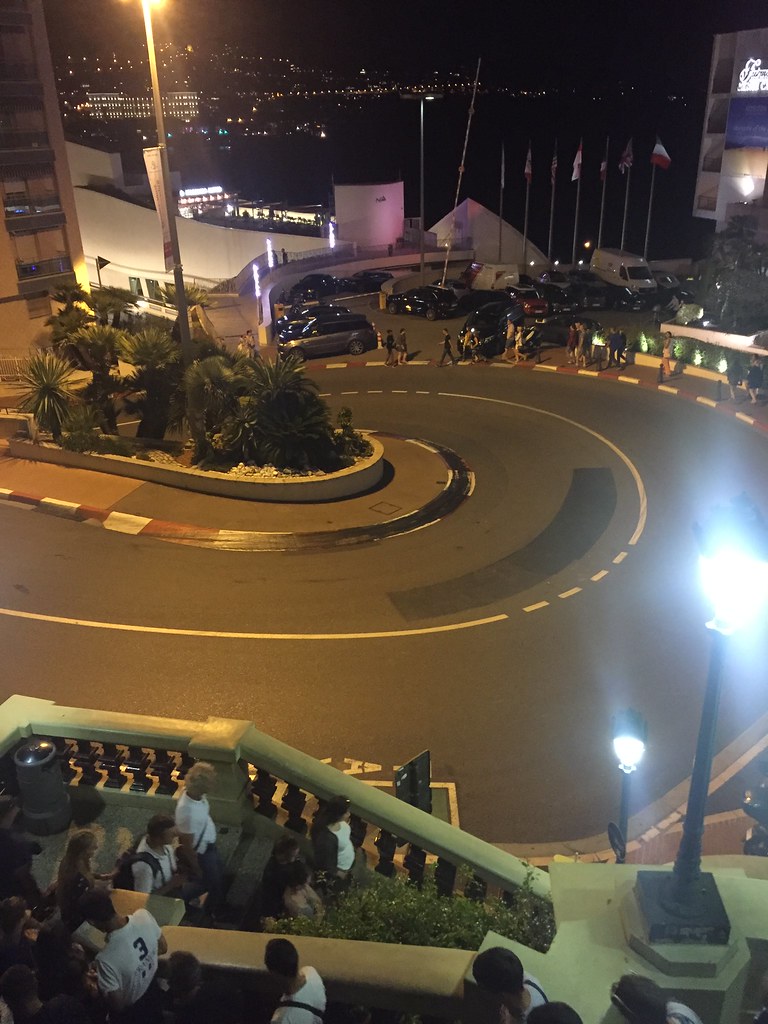 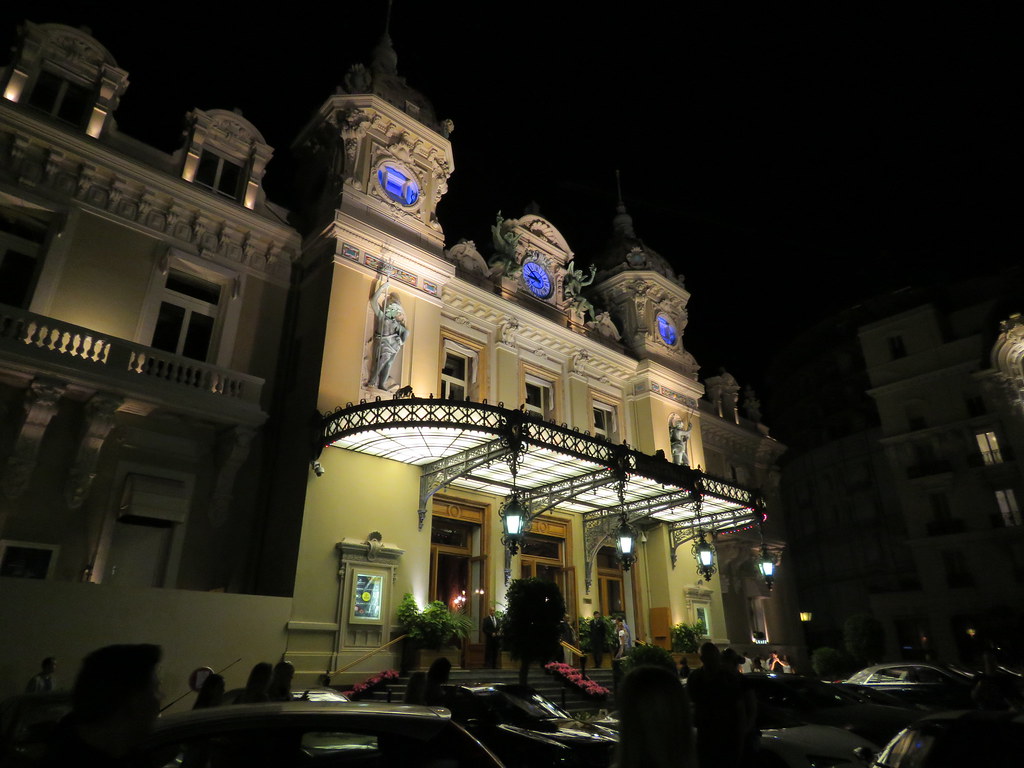 We had to be back on the back at 9.45pm to head back to Nice, but one of the girls on the tour didn’t show up. We ended up waiting for 40 minutes, with Ellie and one of the guys on tour heading back to Monte Carlo to try and find her but they couldn’t. This was super frustrating for the rest of us who just had to sit and wait and it meant we got back to Nice much later than planned.

** the girl did make it back to Nice, she had to catch a taxi back.