The title of this post is a bit deceptive – really what this day was a long drive from Barcelona back into France and to Nice. It was one of our longest drives, about 10 hours all up (including our stops). We had an early start – 7am breakfast and then an 8am departure. This morning we also welcomed new people on to the tour – people who were doing the Mediterranean Quest and Quest to London. We also said goodbye to those who only did the Western Quest which finished in Barcelona.

We drove for about 3-4 hours or so before our first stop, which was back across the border into France in the city of Arles.

Here we walked up to the Roman Amphitheatre – this was built in 90AD, just 10 years after the Colosseum in Rome, but is much better preserved. 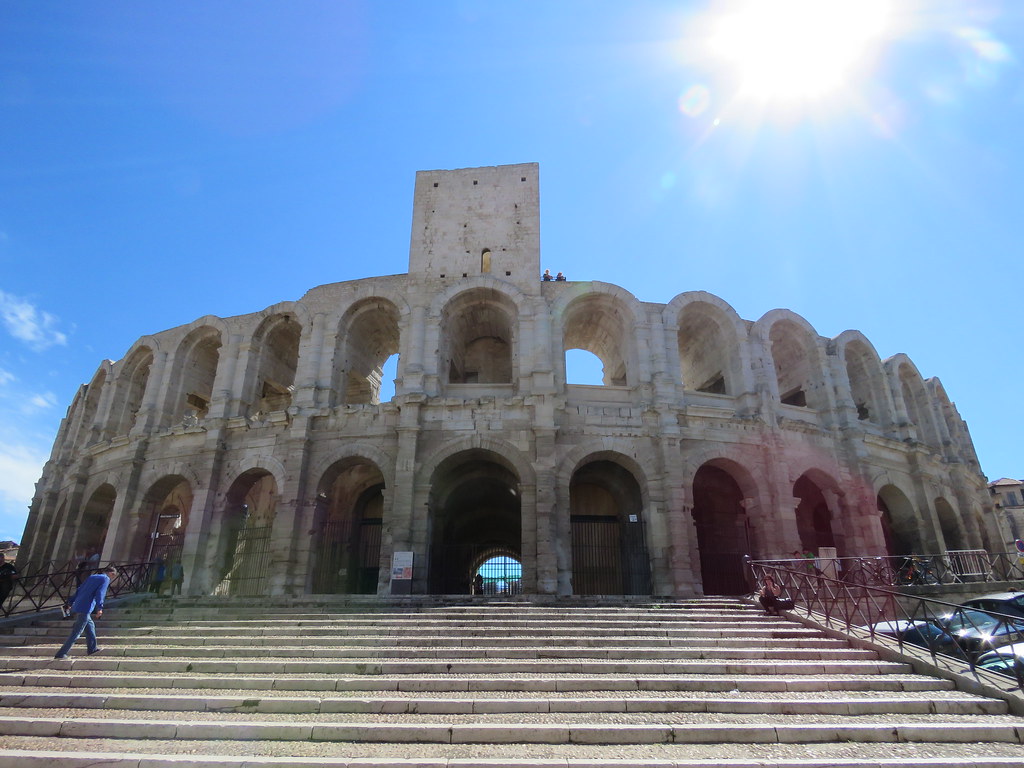 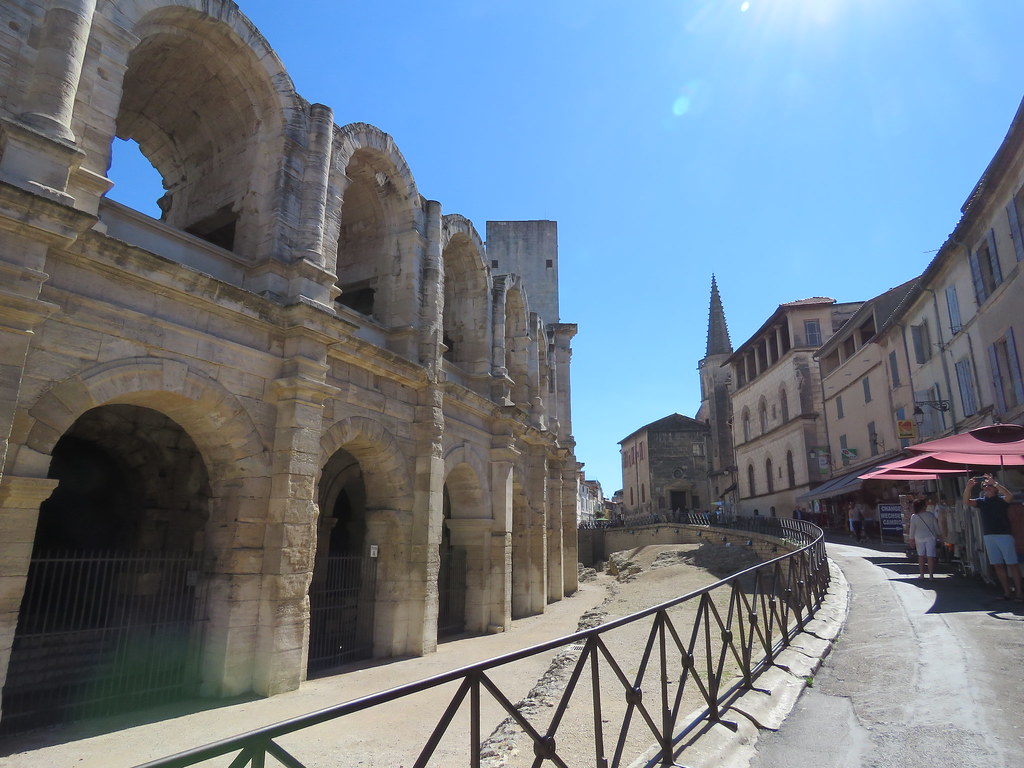 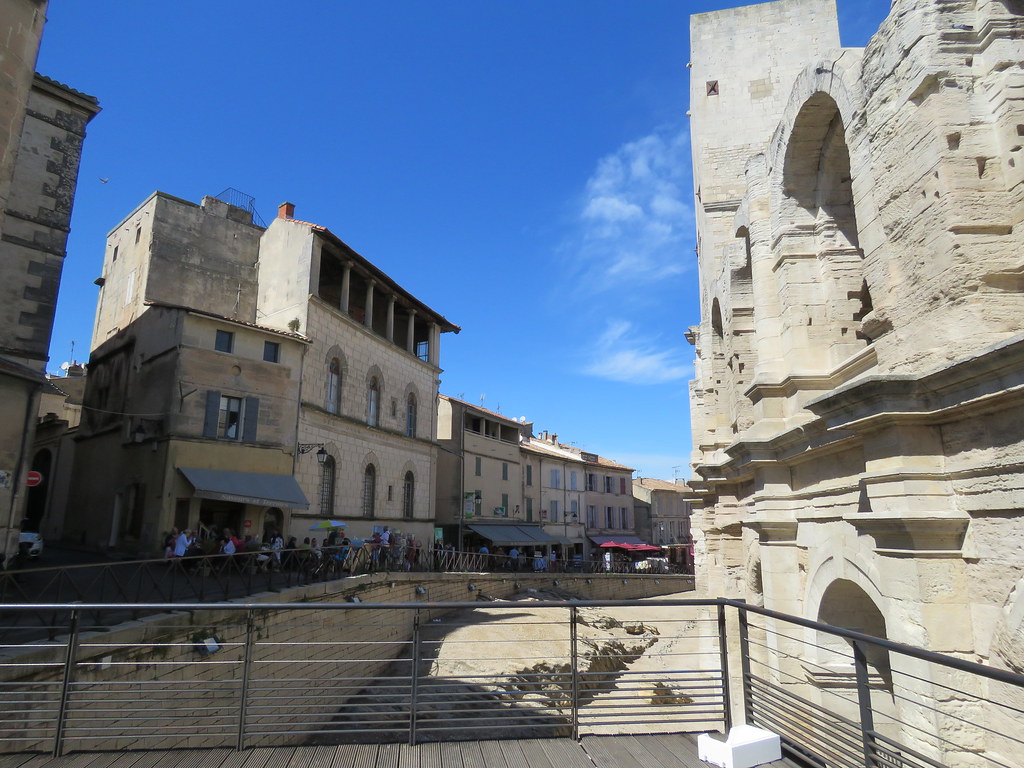 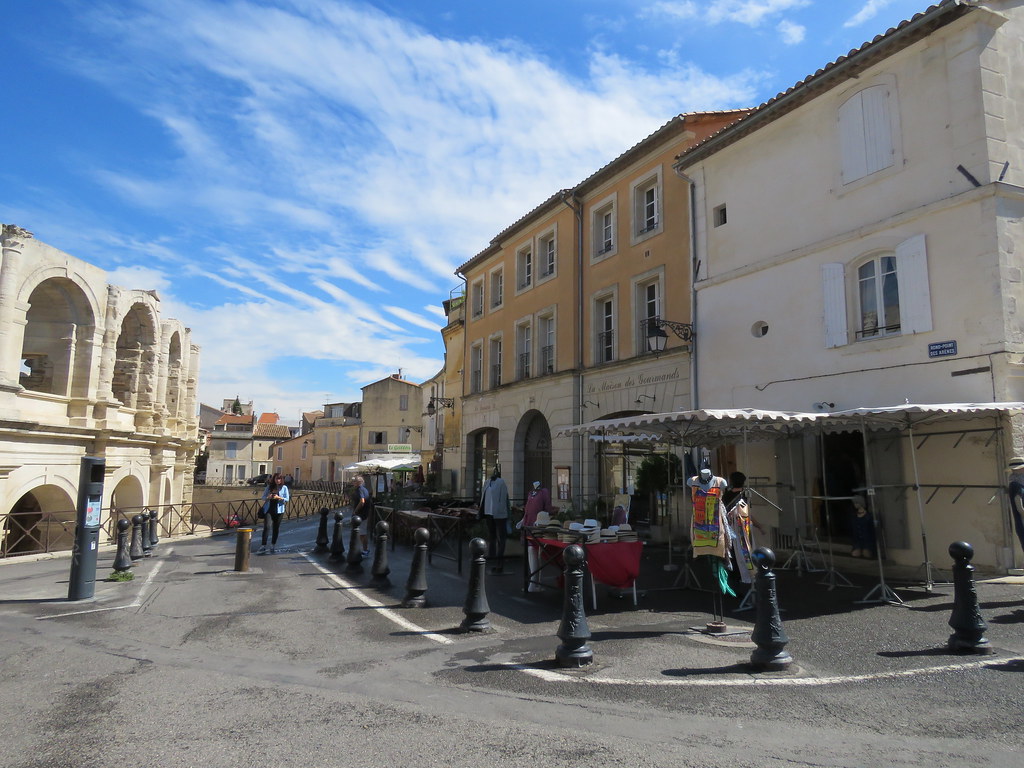 We also saw the remnants of the Roman Forum which was just next to the amphitheatre. 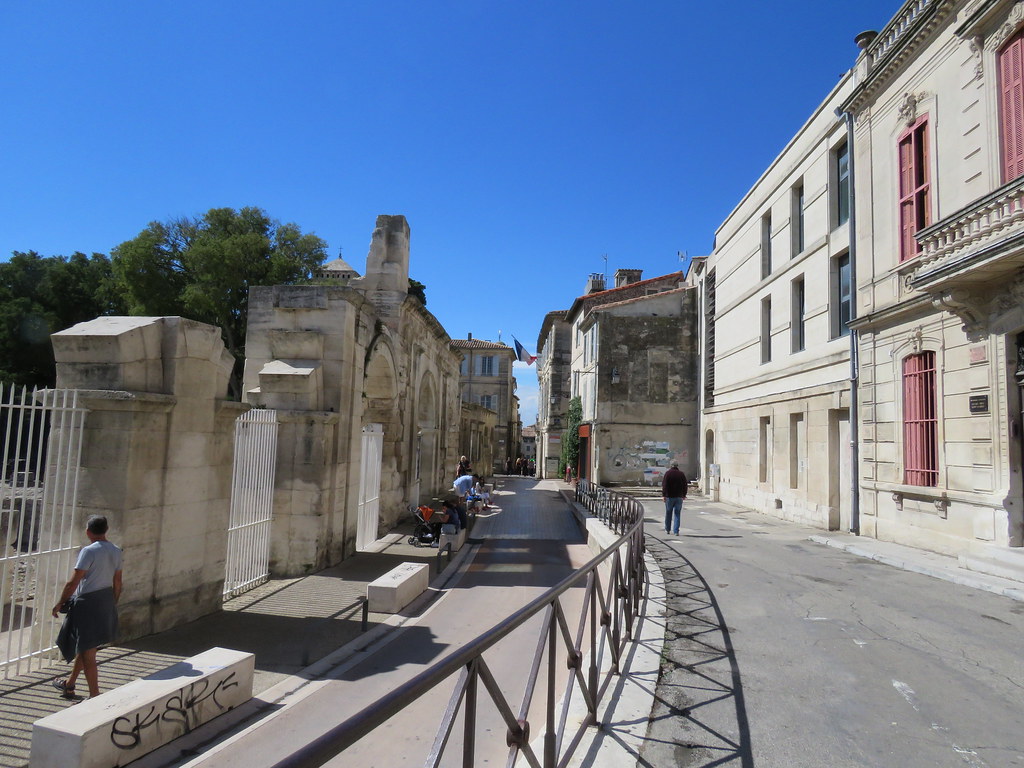 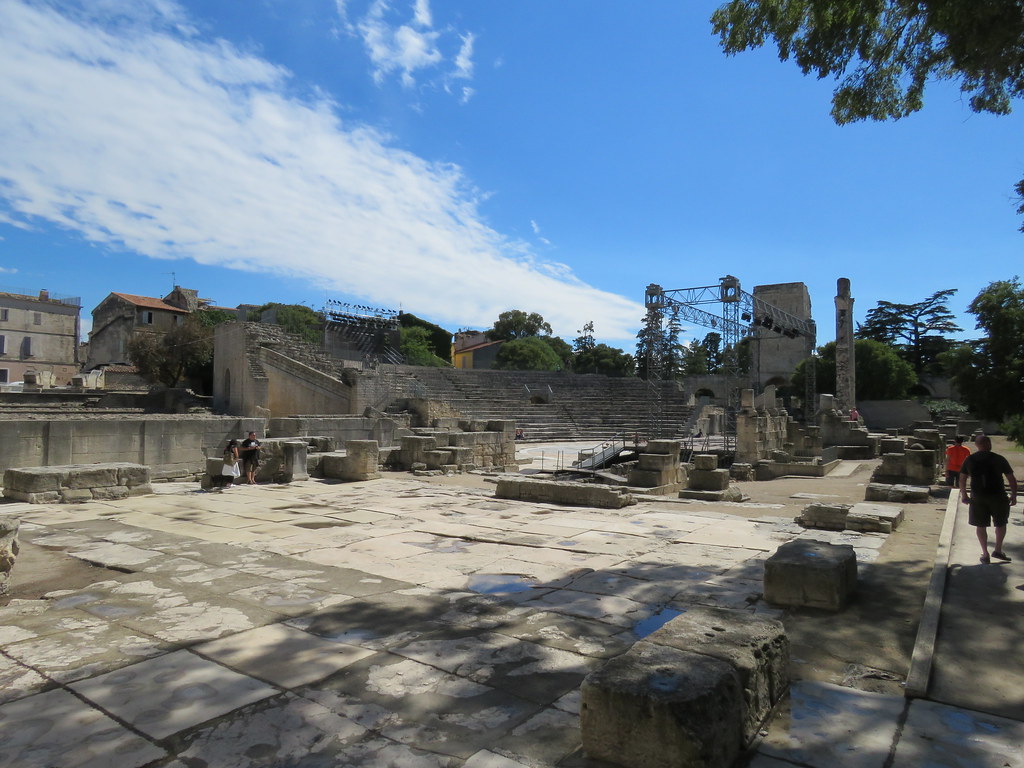 After walking around for a bit, we went and got some gelato, because it was pretty hot! The gelato was very yummy! 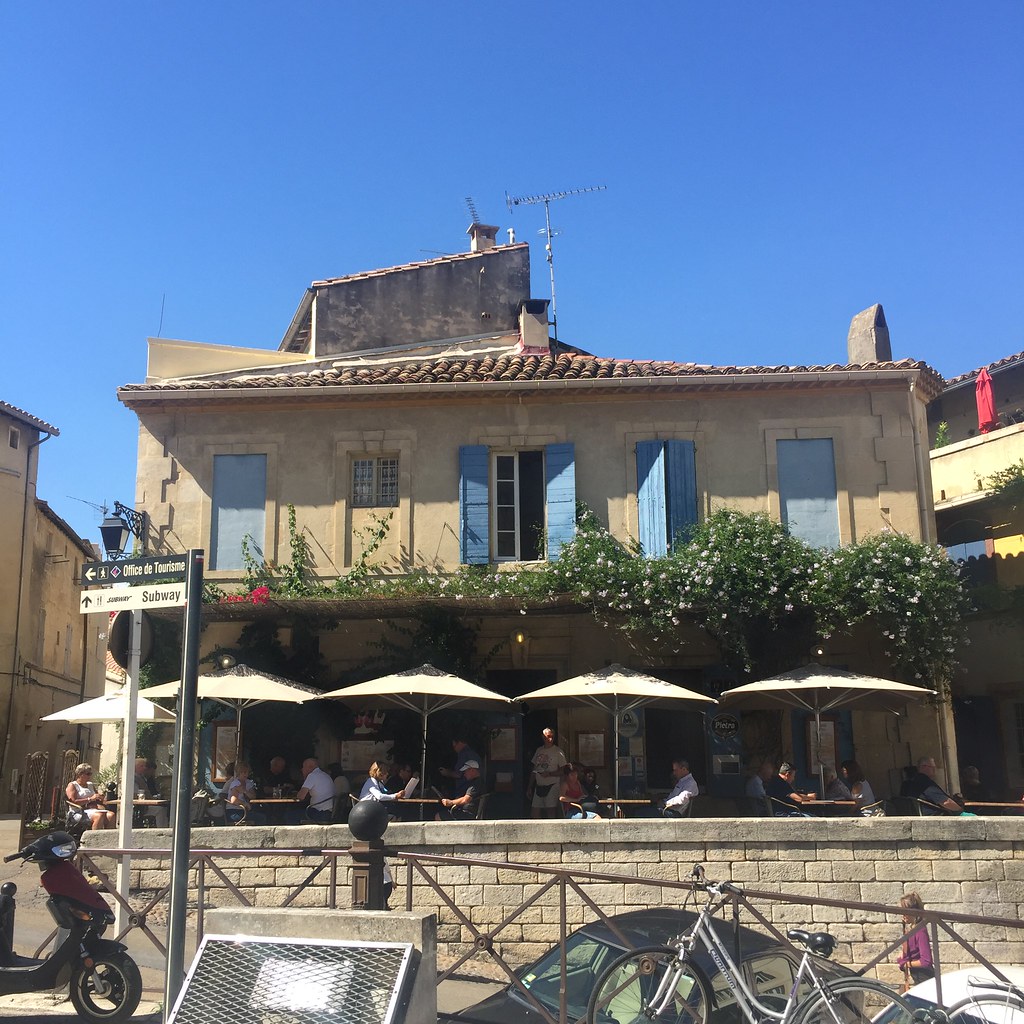 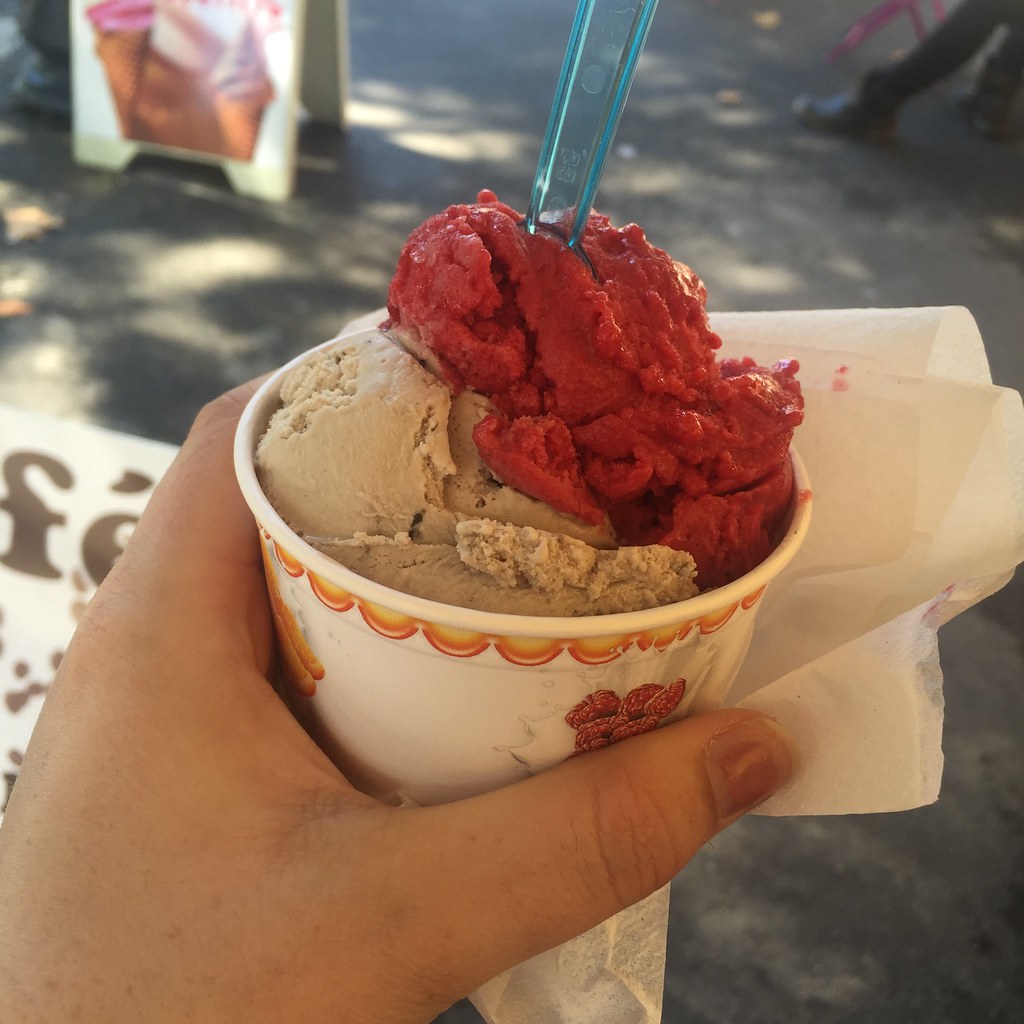 After more long driving with one or two stops at service stations, we finally arrived in Nice and checked in to our hostel. The hostel in Nice was terrible, the worst one we had stayed in so far (and it would be the worst one we stayed in for the rest of the trip too). It was just very old and not very nice. We had included dinner at the hostel tonight, which was just a pasta dish (average).

After dinner, Ellie walked a group of us to a bar called Wayne’s Bar – apparently it’s traditional here to dance on the tables. They had a special for the Contiki group where you could get cheap long island iced teas. I stayed here for a while but it was very crowded so a group of us decided to leave and head back to the hostel to go to bed. 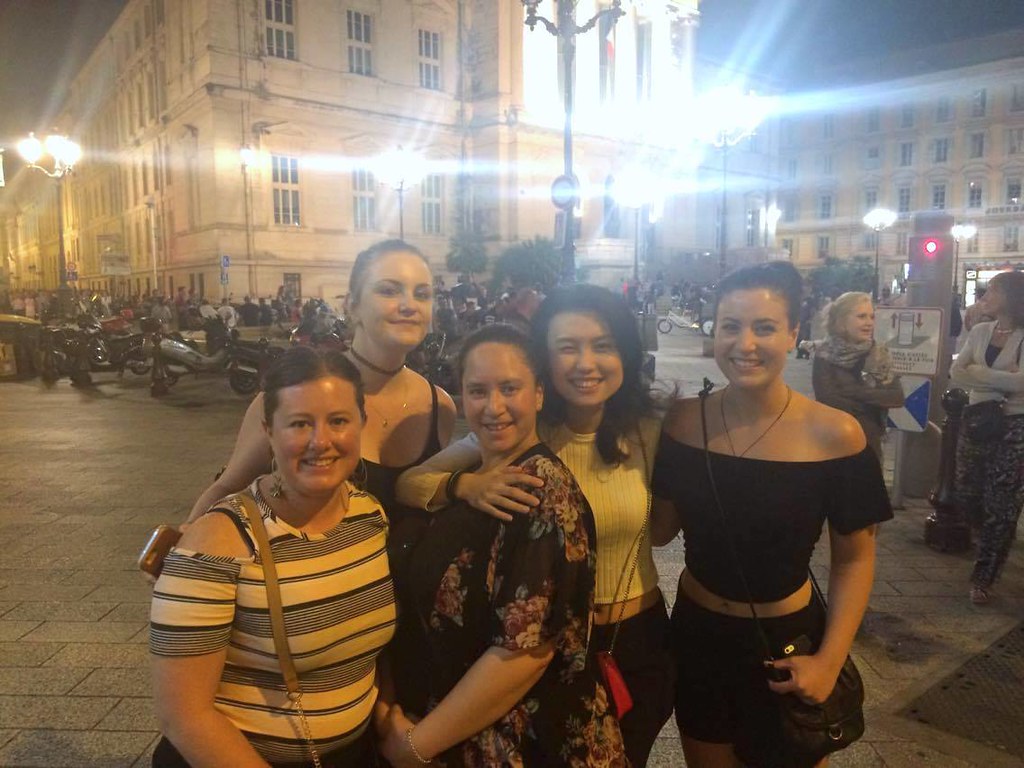 My Contiki friends and I leaving Wayne’s Bar