Today was a big driving day as we were saying goodbye to San Sebastian and driving to Barcelona. First, we had a 3 hour drive to our first stop, which was Zaragoza. Zaragoza was our lunch stop and we had about an hour here.

We jumped off the bus and had a walk up the beautiful streets of Zaragoza before finding a restaurant for lunch. 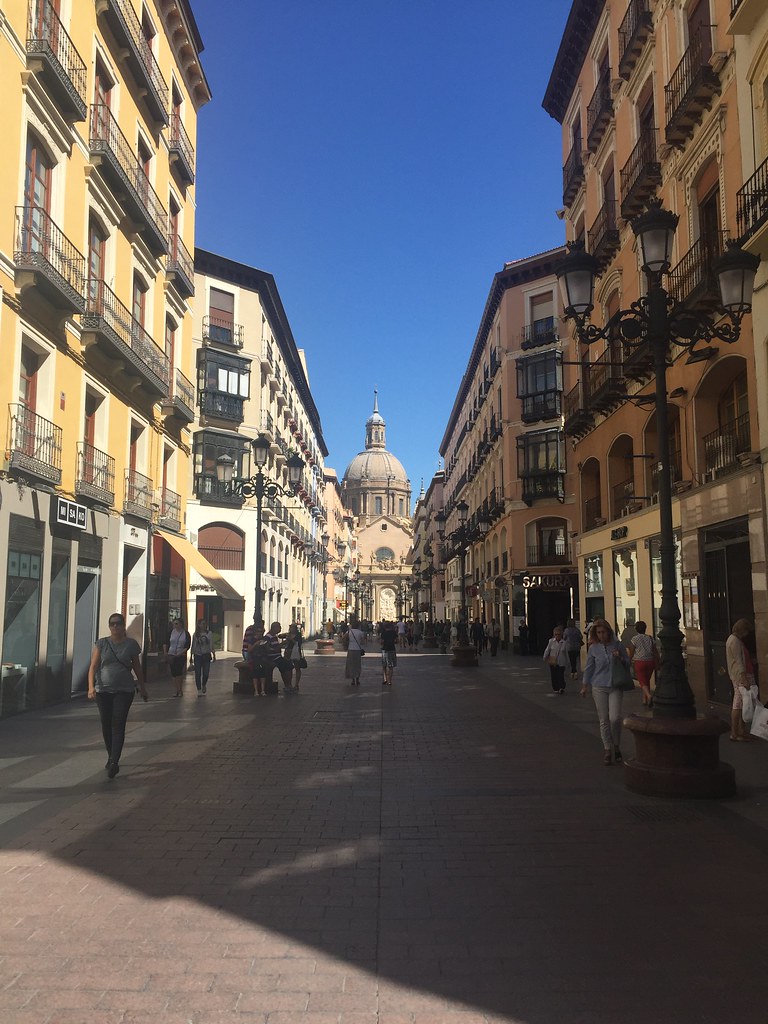 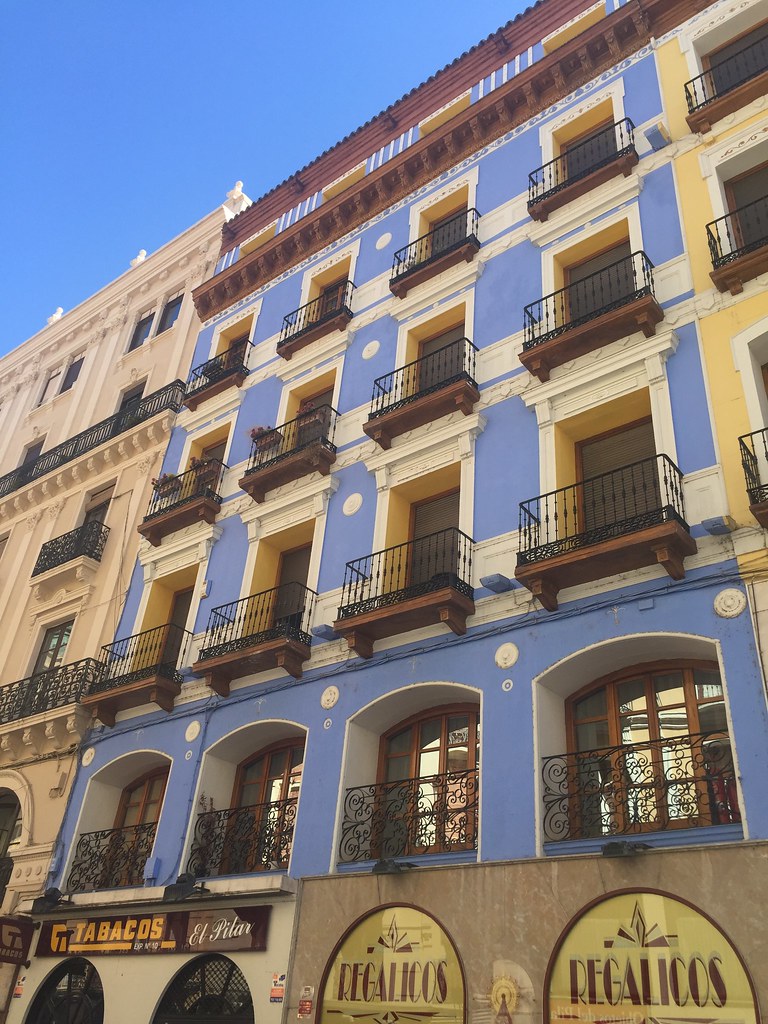 Zaragoza has a massive beautiful cathedral – Cathedral-Basilica of Our Lady of the Pillar – but unfortunately by the time we found somewhere to eat and got our food, we didn’t have enough time to go inside. 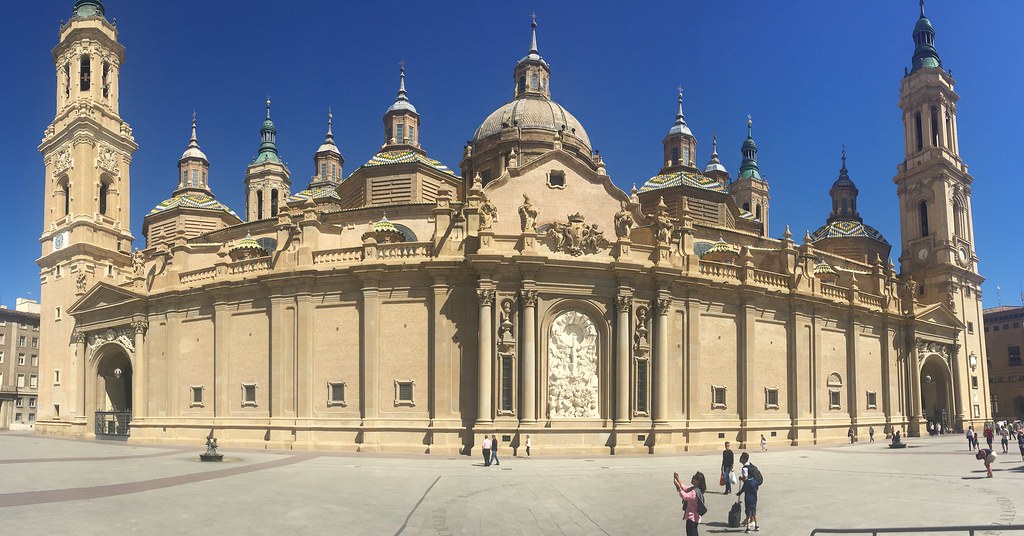 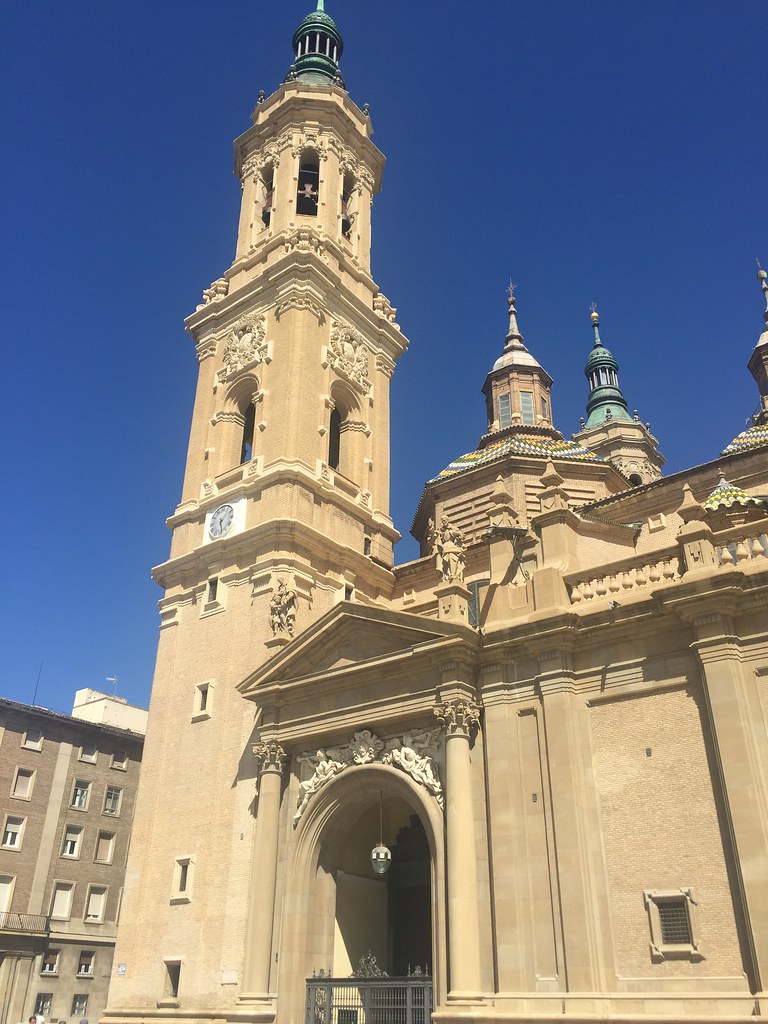 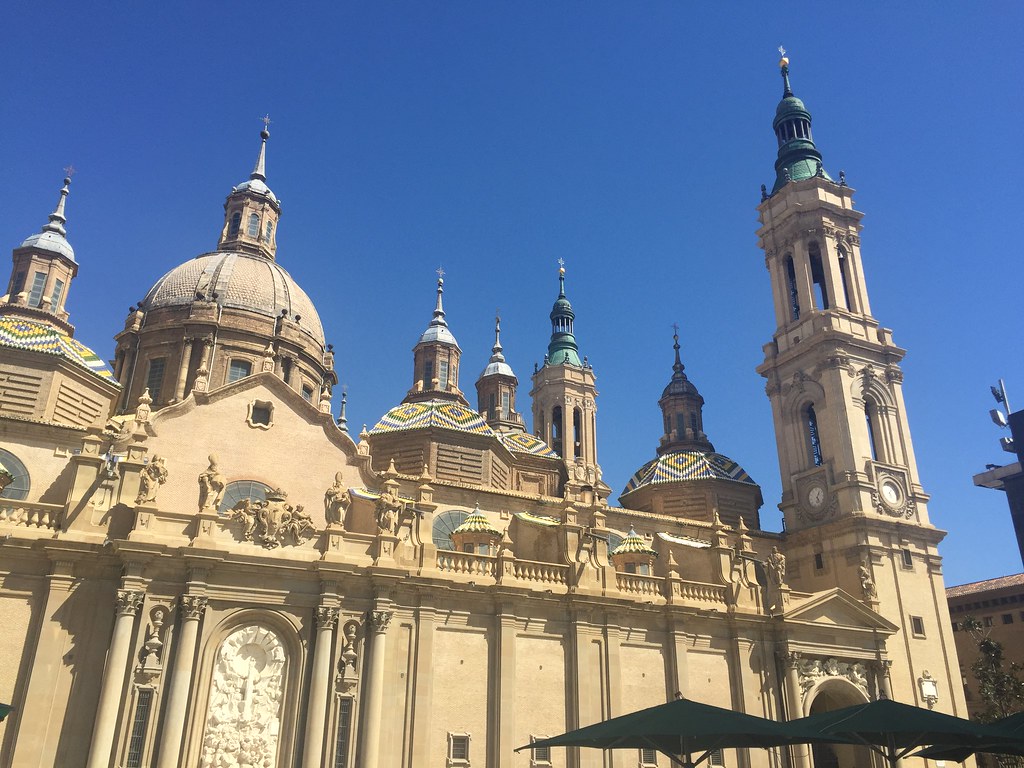 After Zaragoza, it was back on the bus for another 2 and a half hour drive to our next stop, which was just at a service station. Then the final leg was another hour and a half to Barcelona.

One in Barcelona, we did a little drive around the city and had a mini city tour. We stopped at the top of the mountain to get a good view of the city. 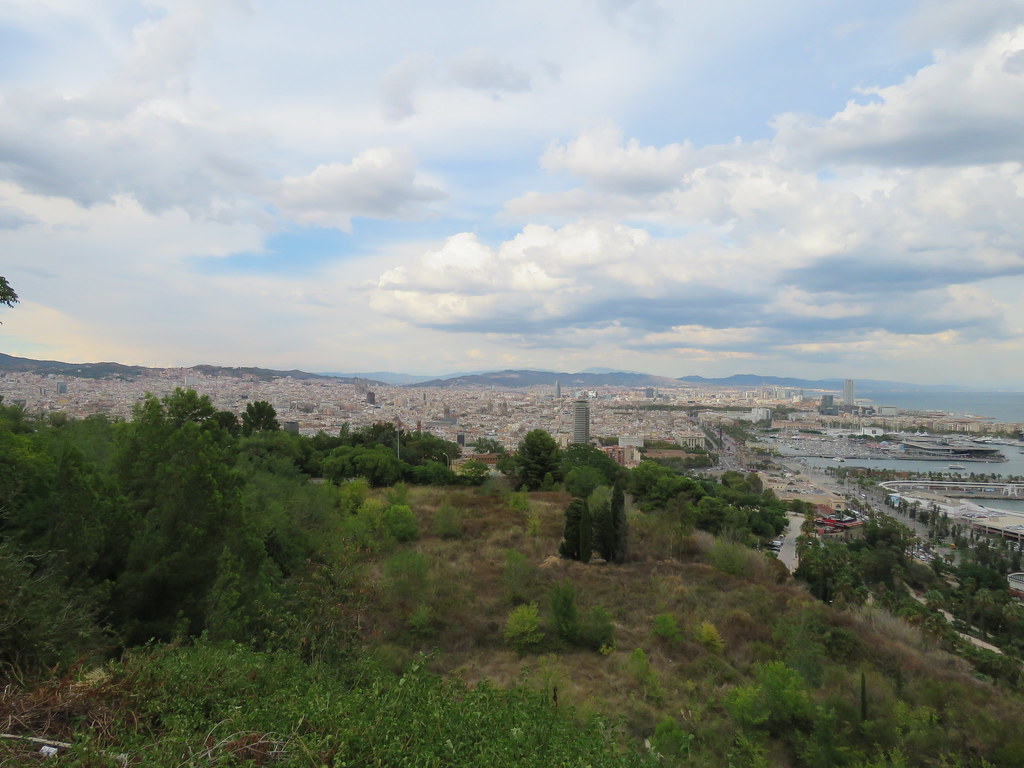 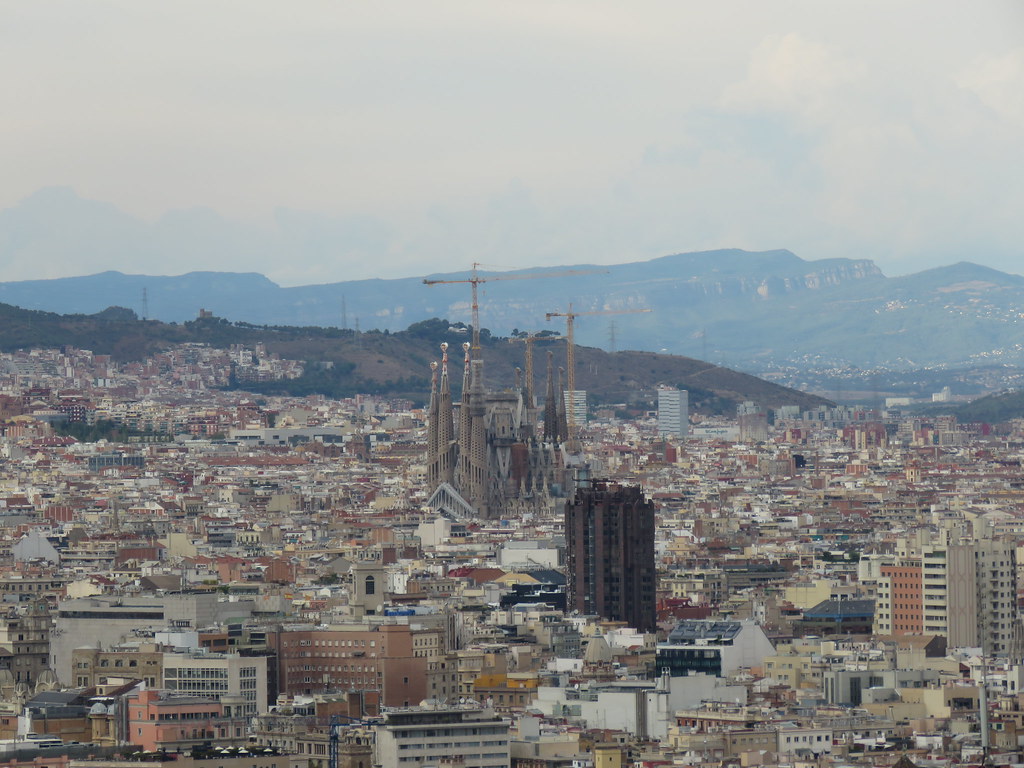 Then we drove to the Sagrada Familia – the amazing basilica designed by Gaudi that has been under construction since 1882. We stopped here and got off the bus so that we could get a view of the basilica and walk around it as well. It’s a very impressive building and so huge! It’s supposed to be gorgeous inside with all the stained glass, but we didn’t go inside (we could go back in our free day tomorrow – I didn’t, but after seeing photos I really wish I did!). 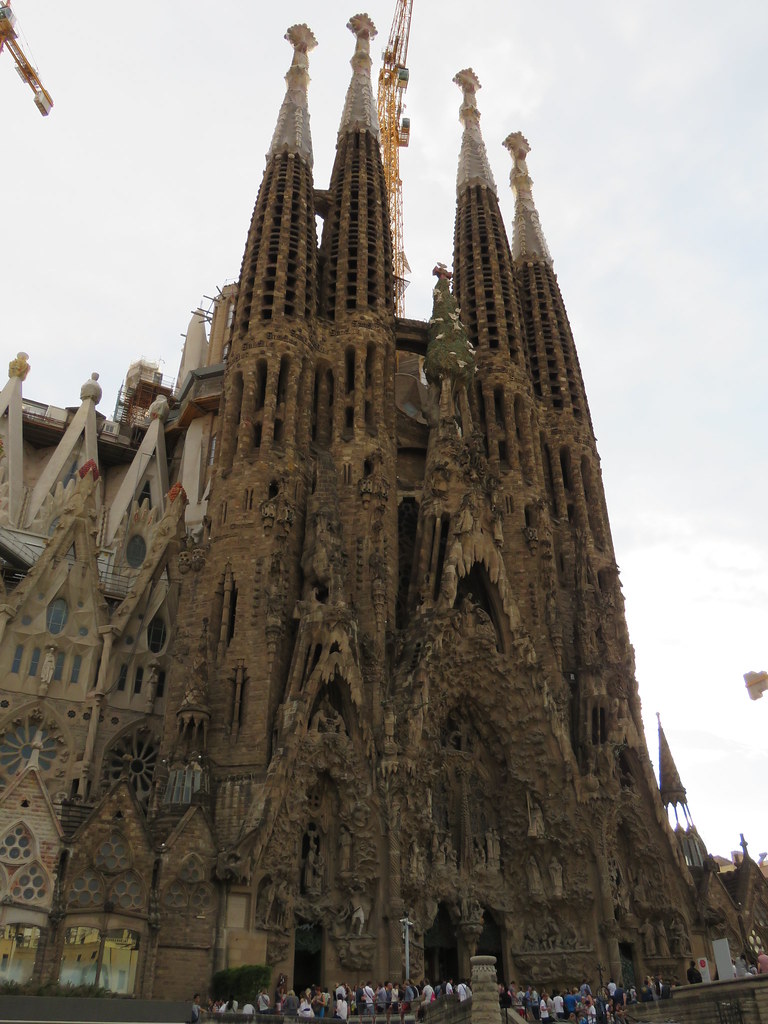 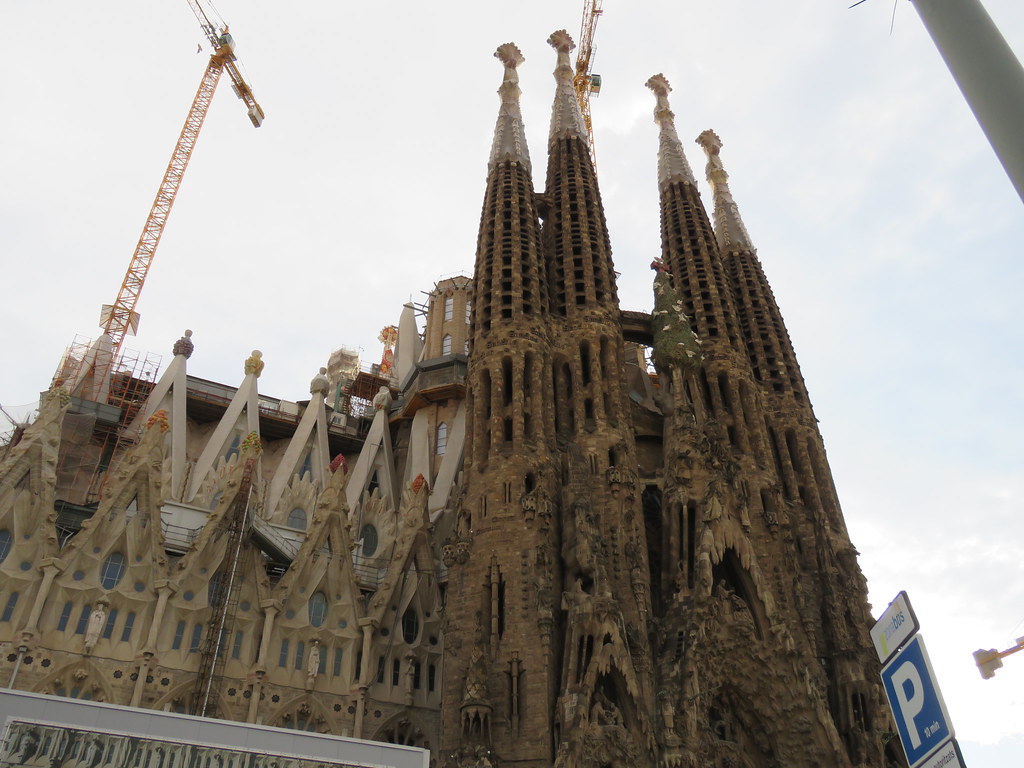 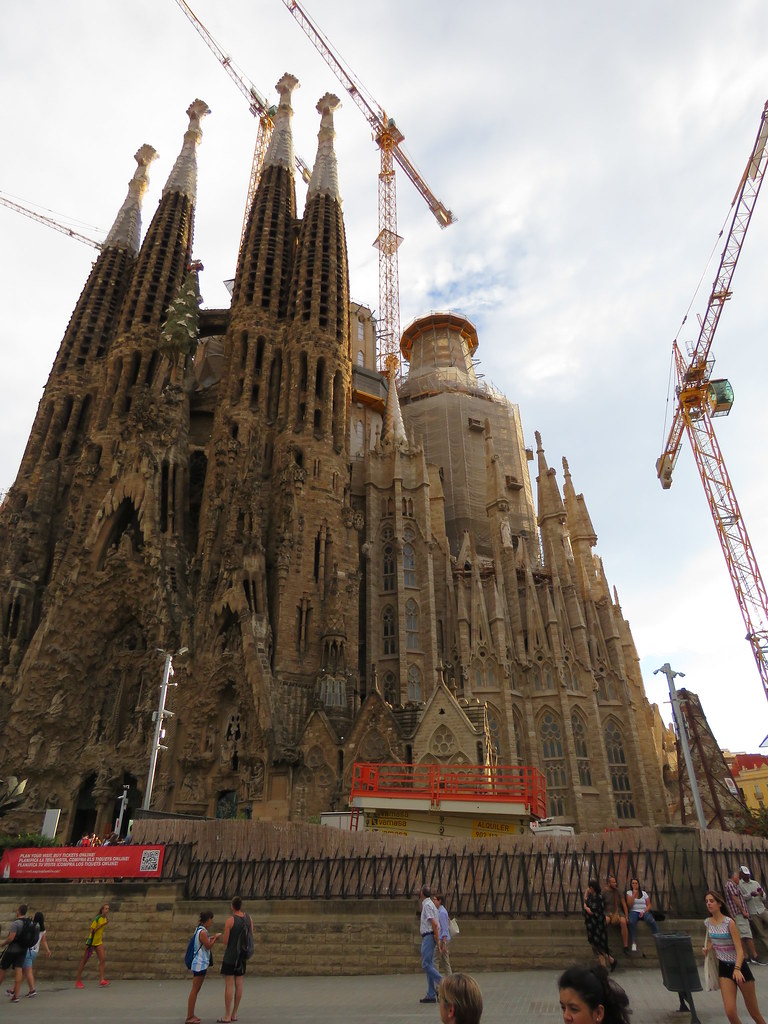 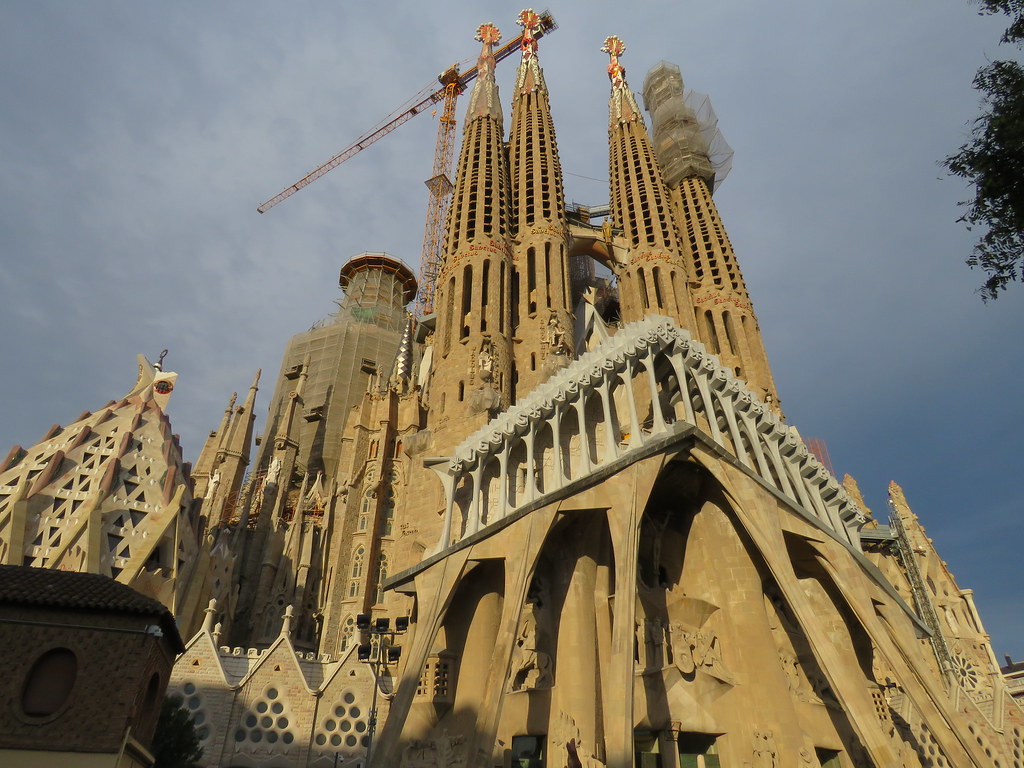 We finally got to our hostel at around 7pm – we stayed at the Generator, which was a really nice hostel. We had about an hour to get ready before we had to be back on the bus to depart for our optional dinner/flamenco show. 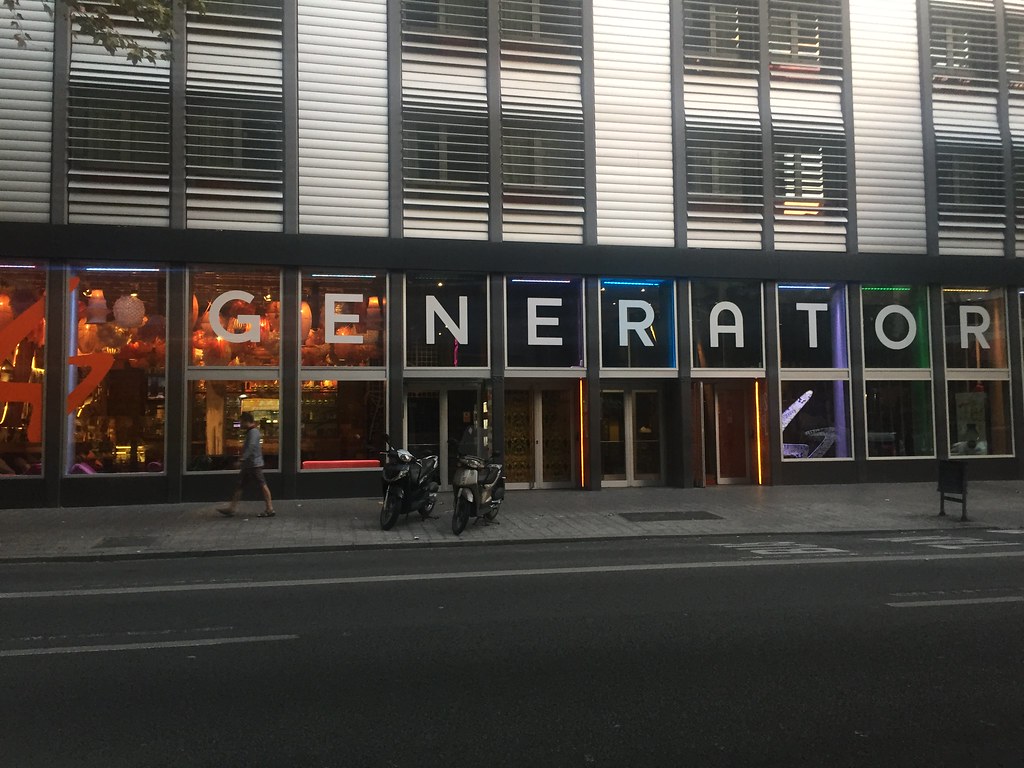 The dinner was really good – we started off with a few tapas,then I had fish. The flamenco show itself was also good, but not what I was expecting (I think I had mixed up flamenco and some other kind of dance in my mind). 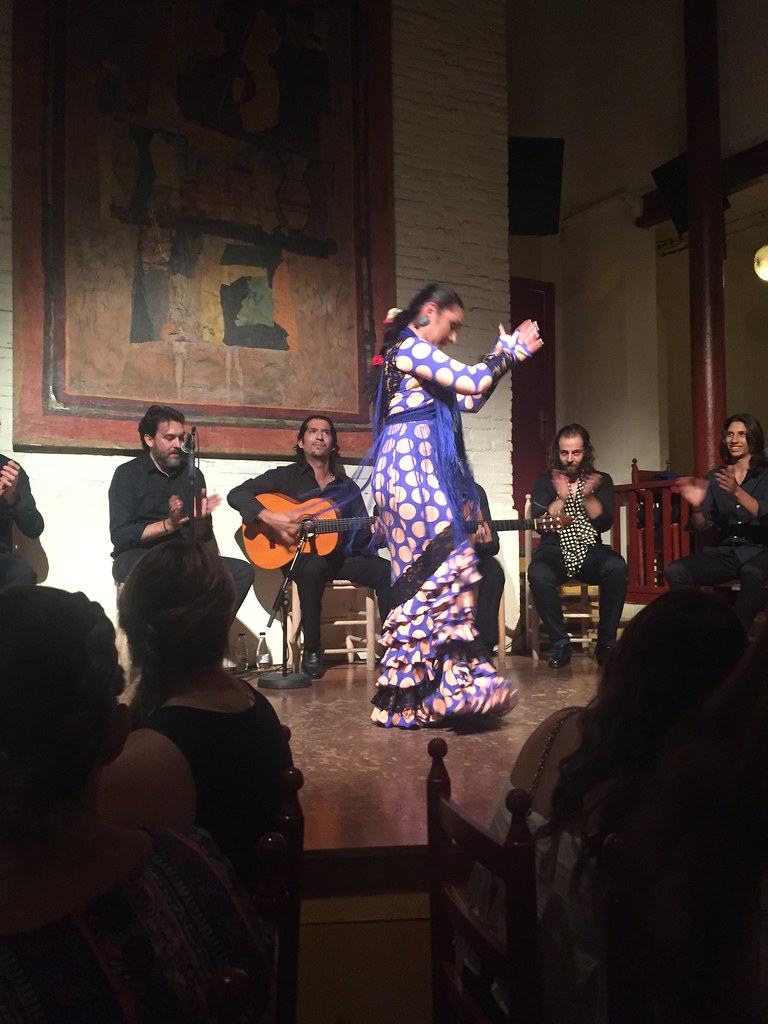 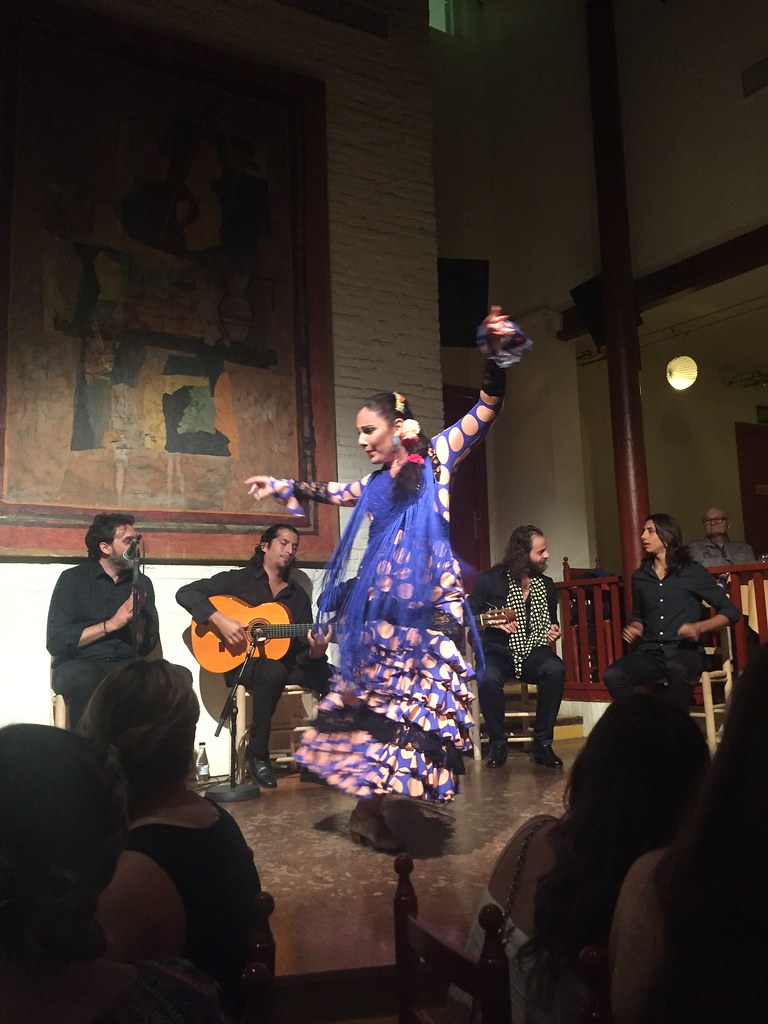 After the dinner, we headed back to the hostel – some of the group were going to have drinks at the hostel bar then head out to a club but I was too tired so I had a shower and went to bed. 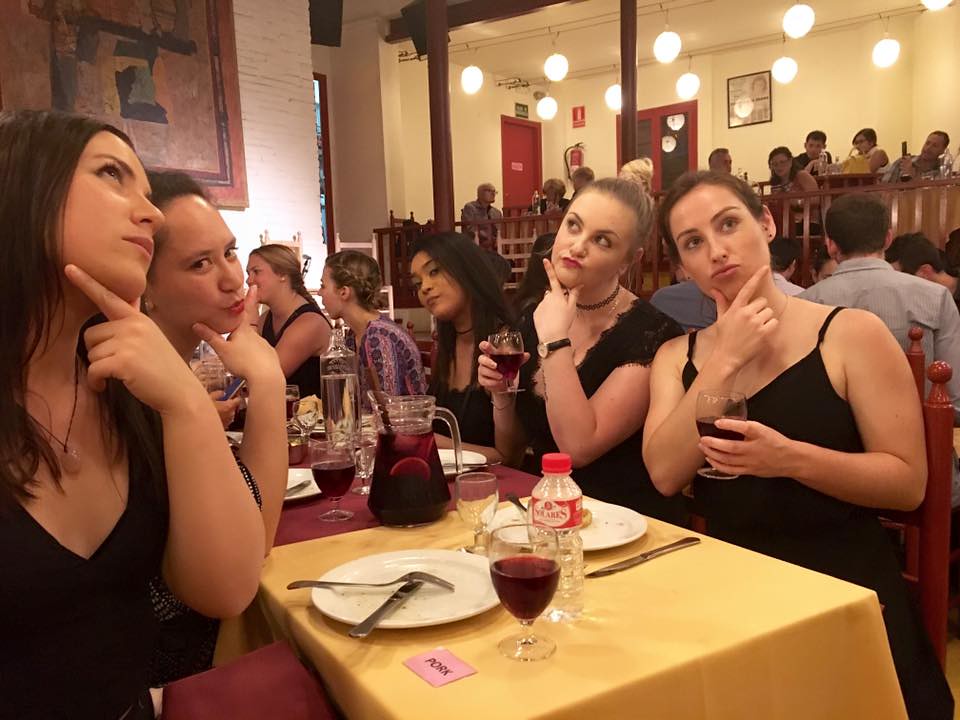