Today we got to have a bit of a sleep in as we weren’t leaving for the city until 9.45am. Breakfast was from 9am and it was really crap – sausages and pieces of baguette. Lots of people didn’t make it for the 9.45am departure as they were too hungover from the night before.

The bus dropped us off in town and then Ellie walked us over to the old town San Sebastian. A group of us headed straight down to the beach, even though it was kind of overcast and the weather was supposed to turn bad later in the afternoon. The view across the beach was really quite stunning.

We set up on the beach and the sun started to come out, so we decided to go swimming – it was freezing cold though! So I didn’t stay in the water too long. 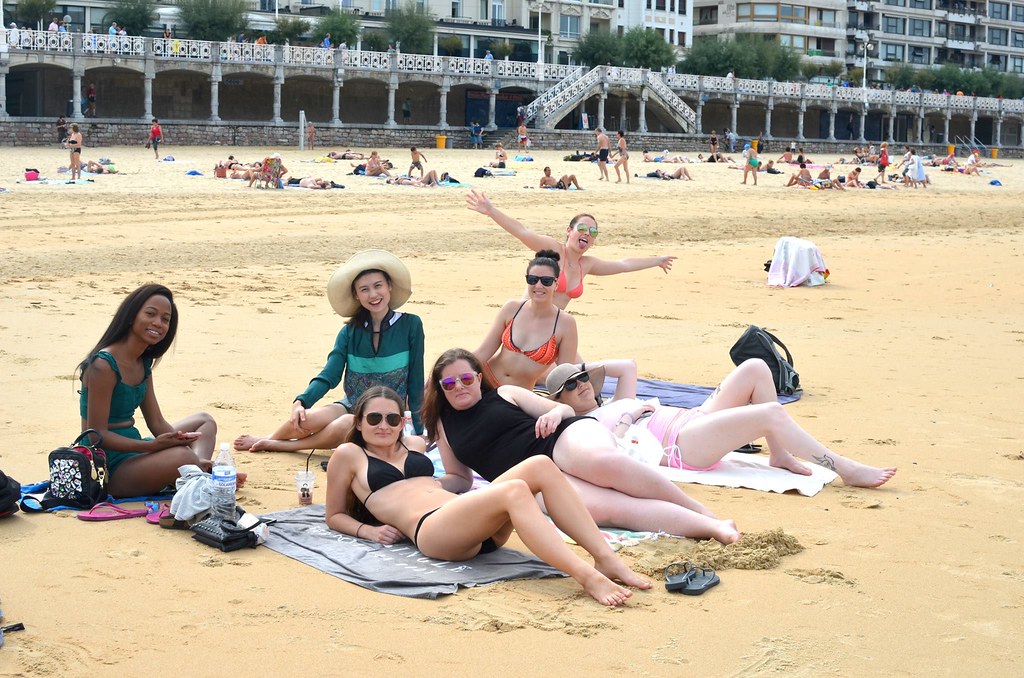 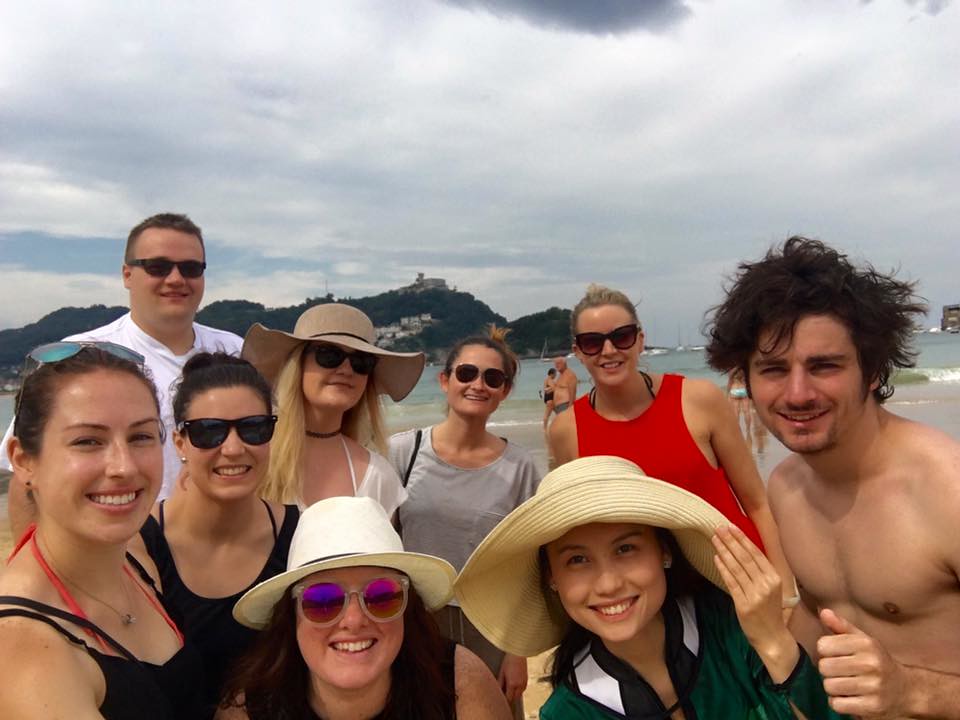 We spent maybe an hour or so chilling on the beach before deciding to look around the town. We walked through the tiny old streets and came across the Church of Santa Maria. We didn’t go inside but it was pretty from the outside. 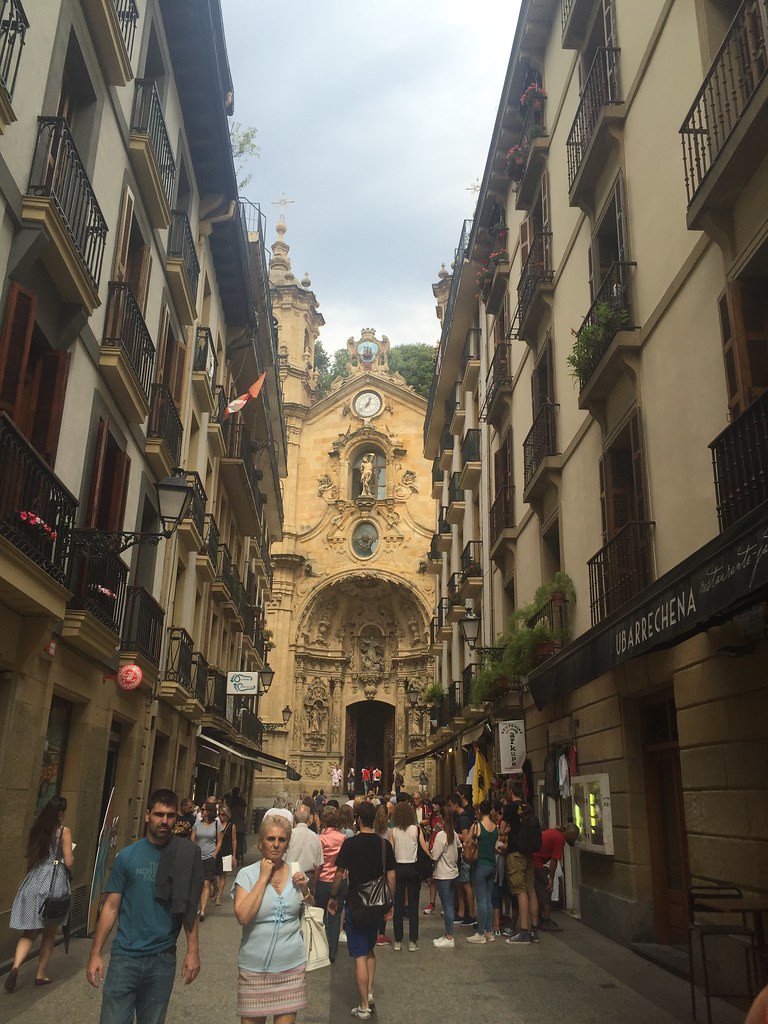 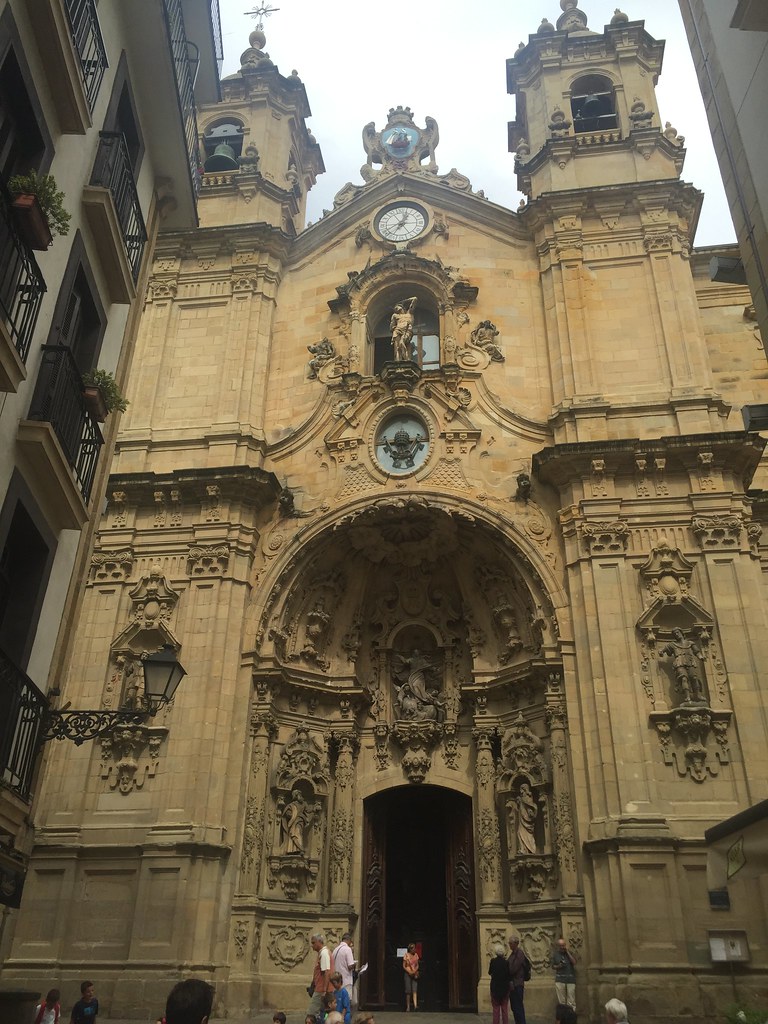 San Sebastian is famous for Pintxos bars – these are bars that serve small snacks. They’re the Basque equivalent of Tapas. We found a Pintxos bar that thad the Pintxos lined up along the bar – you grabbed a tray and helped yourself – I think they were about 2-3 euros each. I don’t even know what I ate but it was all so yummy! I forgot to take photos though which is a shame.

After lunch, we walked around the town a bit looking at shops but we started getting tired so we headed back to the beach to chill for a couple of hours in the sun. 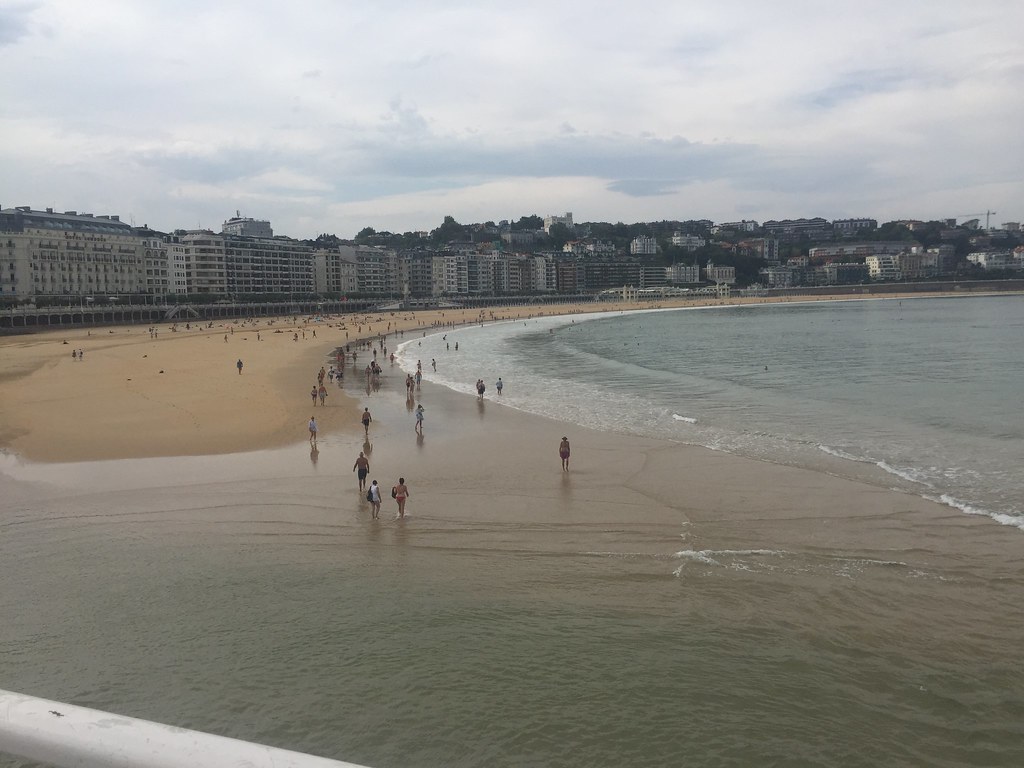 To cool off, we got some gelato and then bought some souvenirs. Then Jasmine and I headed back to the pick up point. We were about an hour early but it was lucky we were early because out of no where, a massive storm hit! There were strong winds, blowing chairs down the street and thunder and lightning as well as heavy rain. It started getting really cold as well.

Luckily, the bus pulled up – we did get very wet running to get the bus from our shelter across the street and then again walking up the massive hill to the hostel. There was an option to go back into the city later in the evening to get dinner but we didn’t want to go back out in the rain – luckily there was a restaurant at the bar where we could get a burger for dinner before having a chill night at the hostel.