Today we had a bit of a later start which was nice – breakfast at 8am and then departure at 9am. Today we would be leaving France and entering Spain! The third country of the trip. We drove for about an hour and a half until our first stop at Dune du Pilat – the largest sand dune in Europe.

The dune was absolutely massive! I started to climb up but the sand was so soft you just would hardly go anywhere – so I switched over to the stairs that were on the side of the dune and went up that way. It was a gorgeous day with the sun shining and it was already pretty hot. The view from the top of the dune was stunning – you could see the ocean on one side and the forest on the other side. 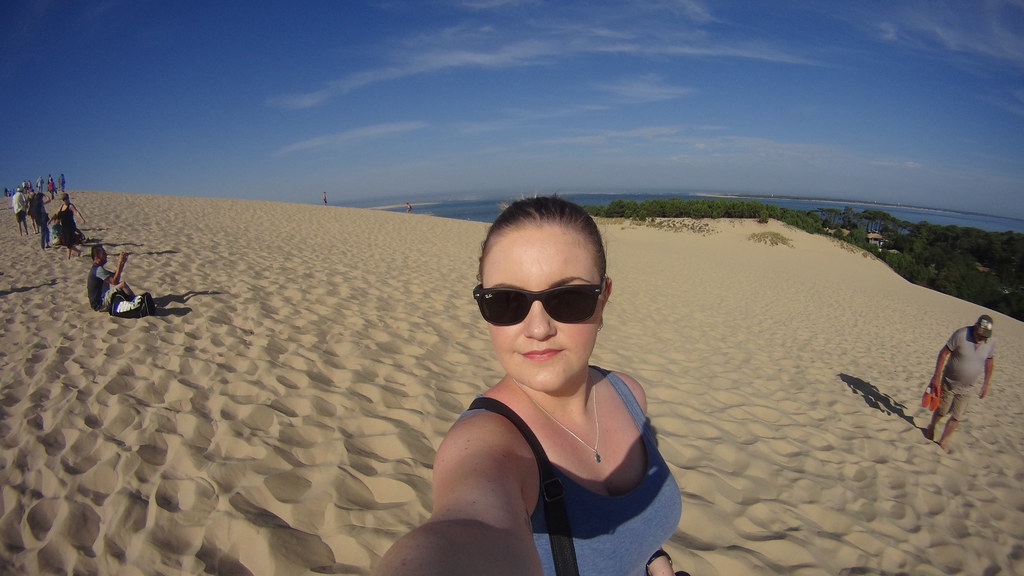 We had about an hour stop at the dune before it was back on the bus for another 2 and a half hours before our next stop at St Jean-de-Luz in France. It was very hot by the time we got to St Jean-de-Luz – about 39 degrees celsius! The town itself was really beautiful and it was nice walking through the streets. 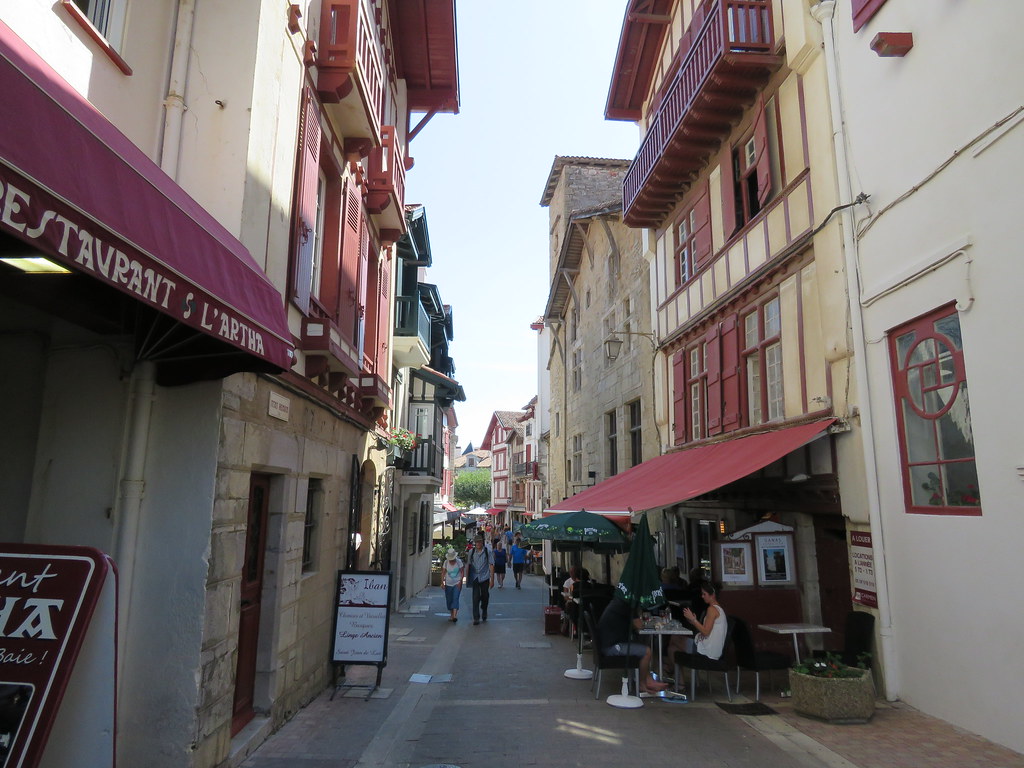 A small group of us found a restaurant to visit for lunch – the menu was all in french and the waitress didn’t speak much english so it was a bit of an experience! I had sea bass which was really nice. After lunch, we headed to the beach – the beach was gorgeous! A few of the girls went swimming but I only walked in – although, it was so hot I wish I could have jumped in! 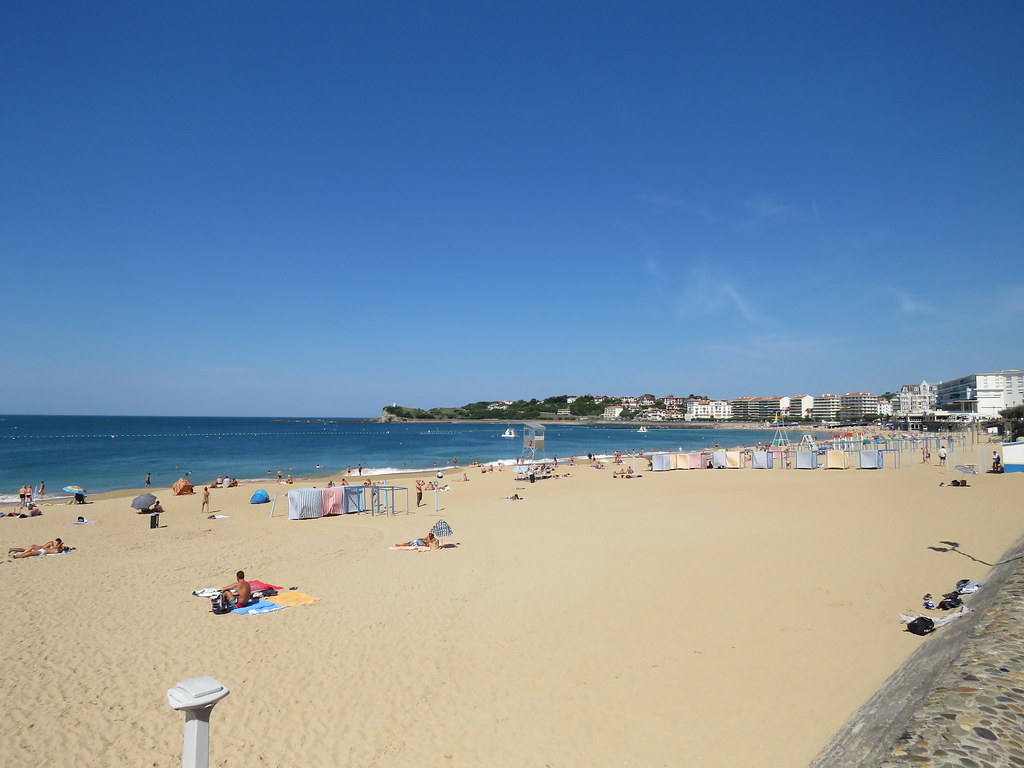 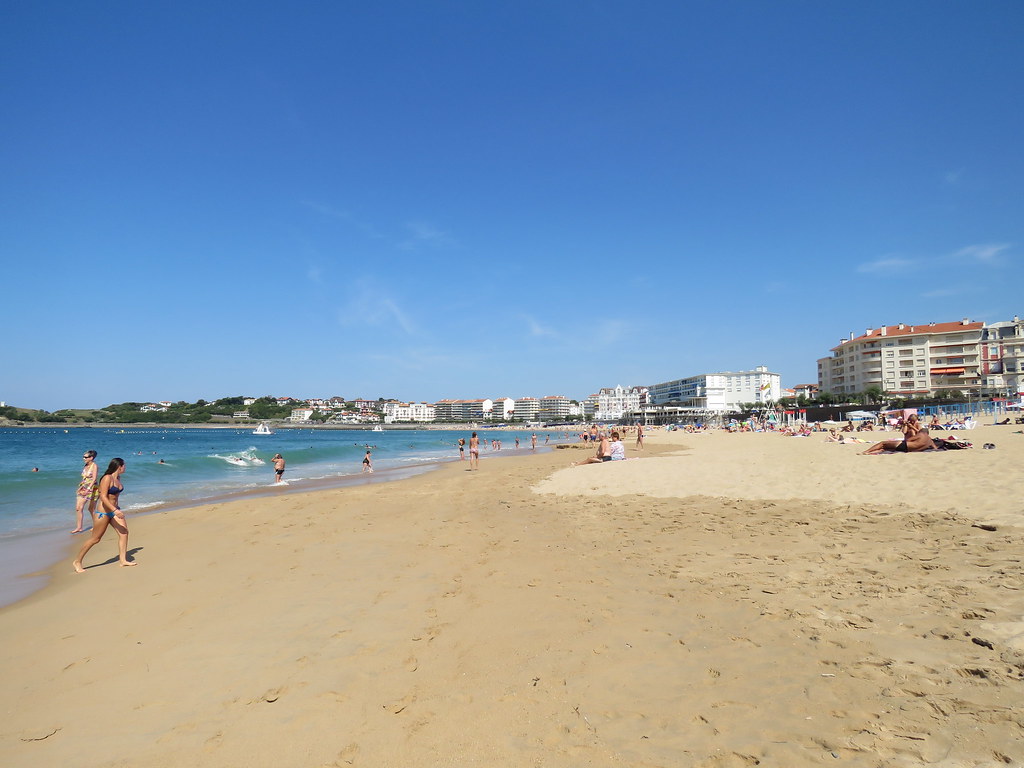 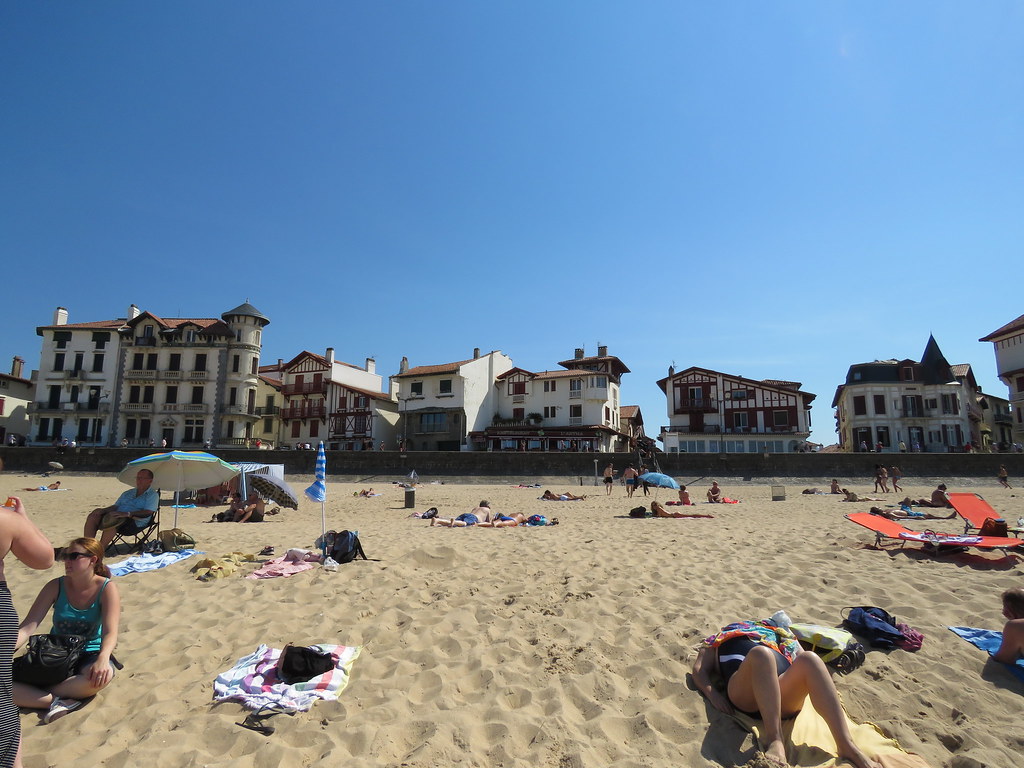 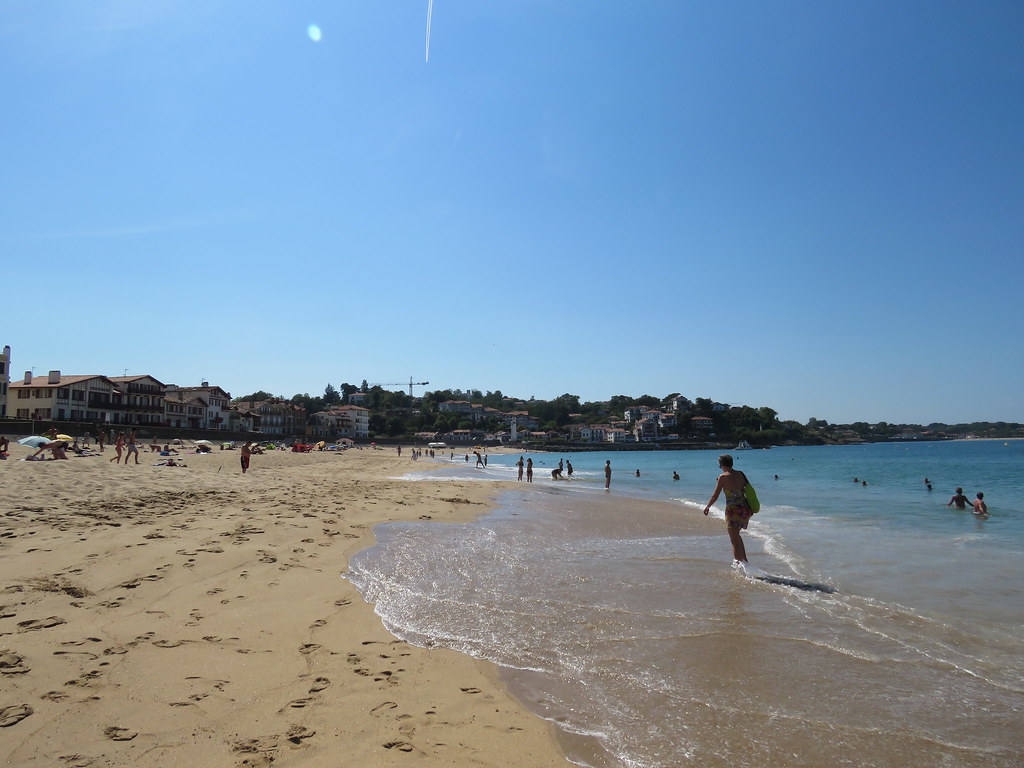 After soaking up the sun on the beach for a while, we headed back into the town. It was so hot that I was sweating, so we grabbed some gelato – I had strawberry and mango and it was so delicious and refreshing. Then it was time to get back on the bus – the next drive was short, only about 30 minutes to drive across the border into Spain and to San Sebastian. We checked into our hostel – Green Nest Hostel. It was pretty basic and the worst part was that we had to walk up a massive hill to get to the hostel as the coach couldn’t fit up the road – luckily there was a guy with a van who loaded up our suitcases and took those for us. Once we checked in, we had an hour to get ready and then it was back on the bus to take us in to the centre of San Sebastian for our included dinner – this was chicken and chips (again lol) but it tasted okay. The best part of dinner was the jugs of Sangria (unfortunately not included but only 12 euros per jug) – I had a whole jug of white sangria to myself (which probably wasn’t the best idea!) 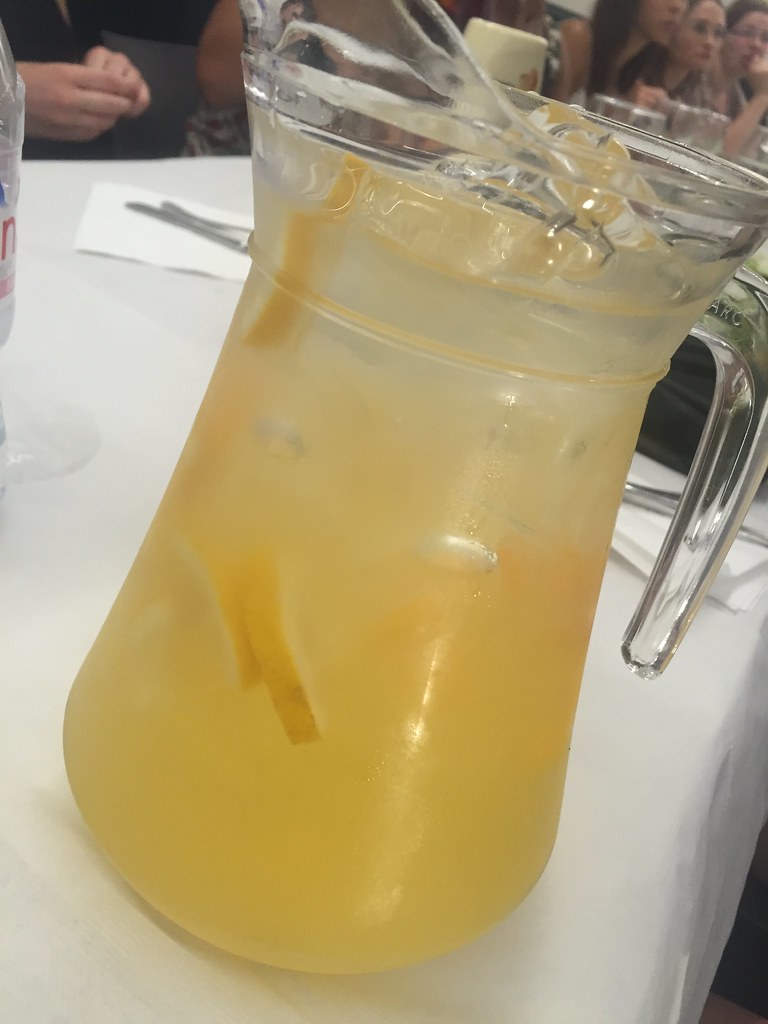 After dinner we walked to old town for some drinks – here I discovered Aperol Spritz which was really yummy (although I’d have this a few more times later in the trip and these were nowhere near as good!)

We went to a club that Ellie took us to (I’m sure they probably had a deal with Contiki because when we got there, it was only us there!) We danced for a while and it was a lot of fun – I think this club had 10 shots for 10 euros, but I was done drinking by the time we got to the club. Jasmine and I left about 1-1.30 and caught a taxi back to the hostel and I just crashed in bed!