Today we left Paris for our second stop in France – Bordeaux. We had breakfast at the hotel at 7.30 before it was bags to coach for an 8.30am departure. Today was a pretty long drive – we stopped a couple of times at service stops for lunch/toilet breaks and it was about 4.30pm by the time we got to Bordeaux. 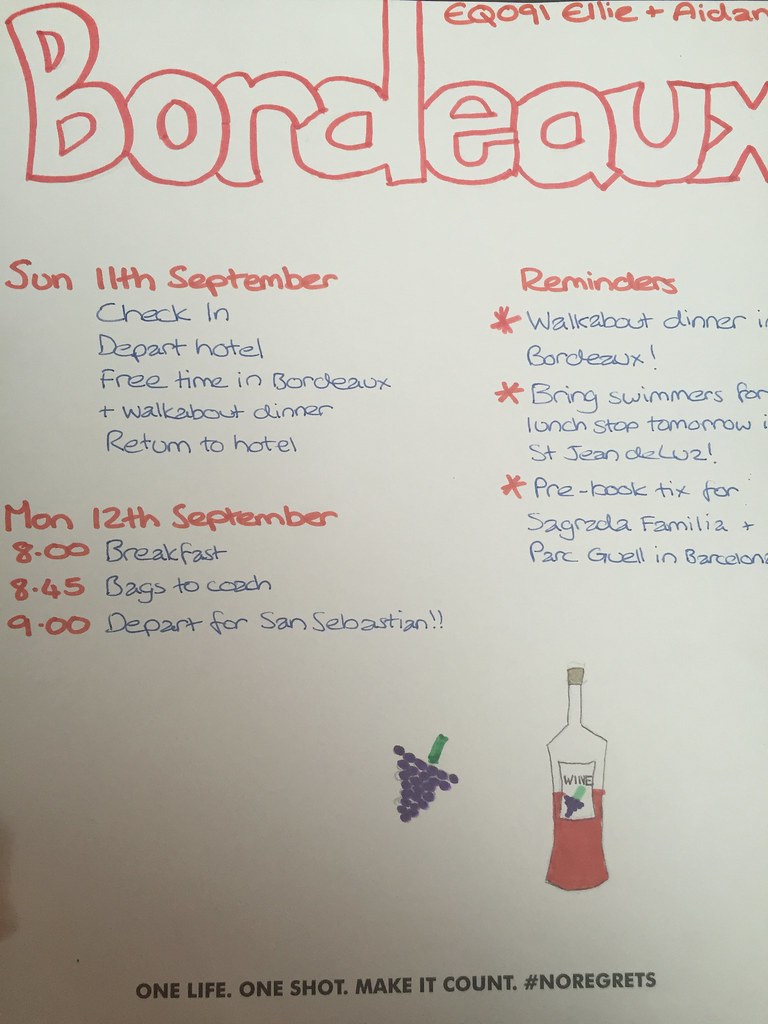 We stayed at Ibis Hotel and it was a huge improvement from our hotel in Paris – the room was massive as was the bathroom and there was a proper shower – so much nicer than the Paris hotel. The room was slightly odd though, because there was a double bed and then a pull-out single sofa bed. I was lucky enough to get the double bed – and it was a pretty awesome bed! We had about an hour at the hotel to get ready and then it was back on the bus to drop us into the centre of Bordeaux so that we could see a bit of the city and get dinner as this wasn’t included tonight. 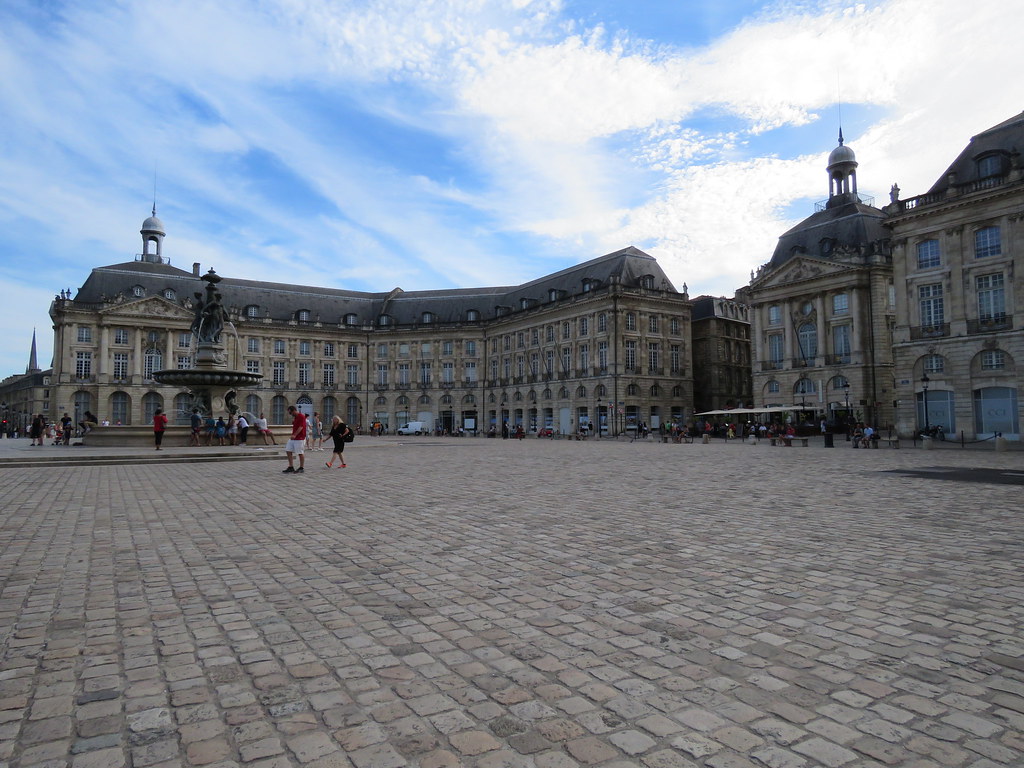 Bordeaux was really pretty – we saw the Water Mirror, which is the world’s largest reflecting pool. We were pretty hungry, so I joined a few girls and we found a restaurant for dinner. I had steak, chips and bearnaise sauce and it was pretty yum (but a bit pricey). After dinner, we strolled through the streets of Bordeaux – it’s such a beautiful city. We turned a corner and found a castle, which was really cool! 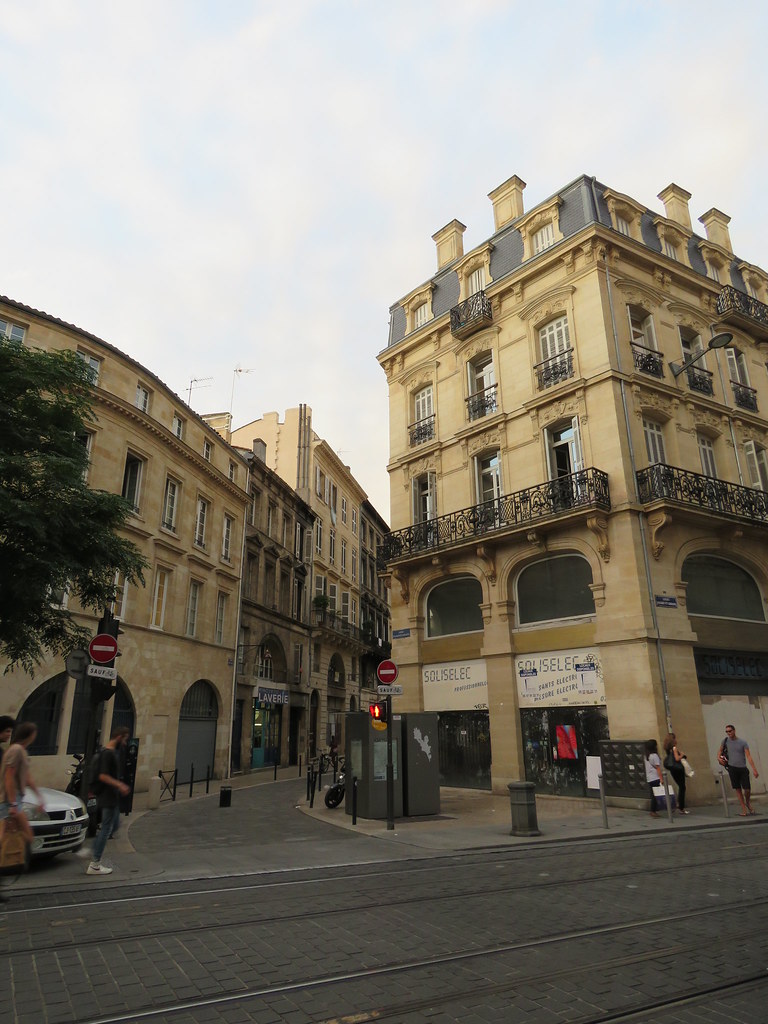 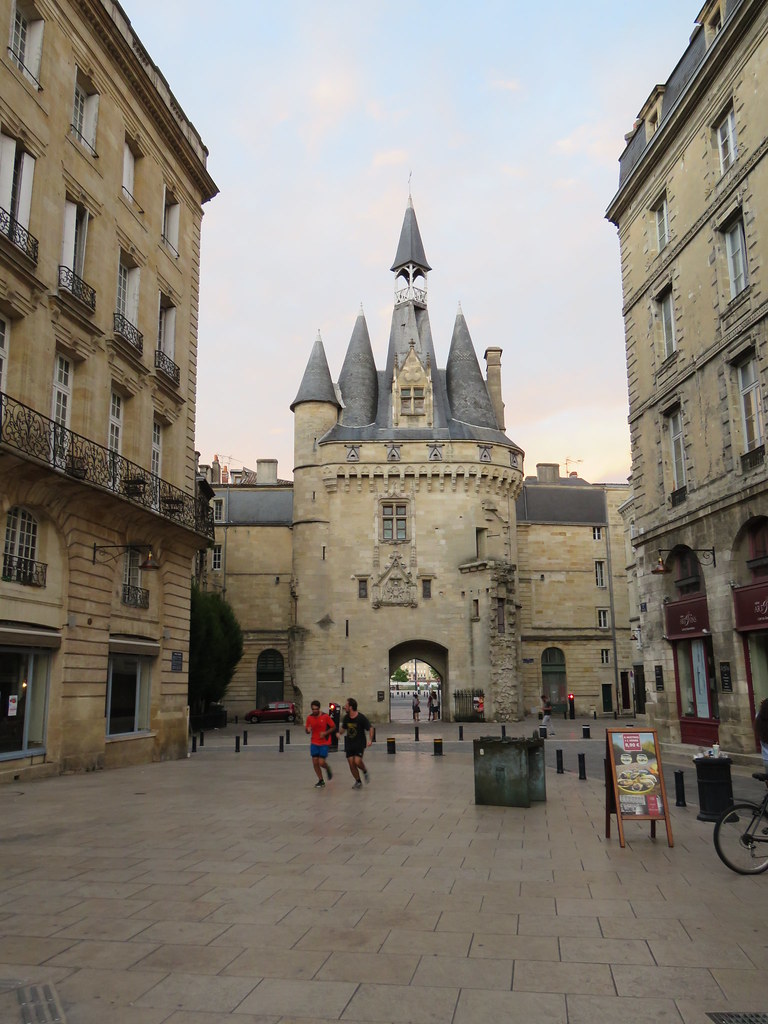 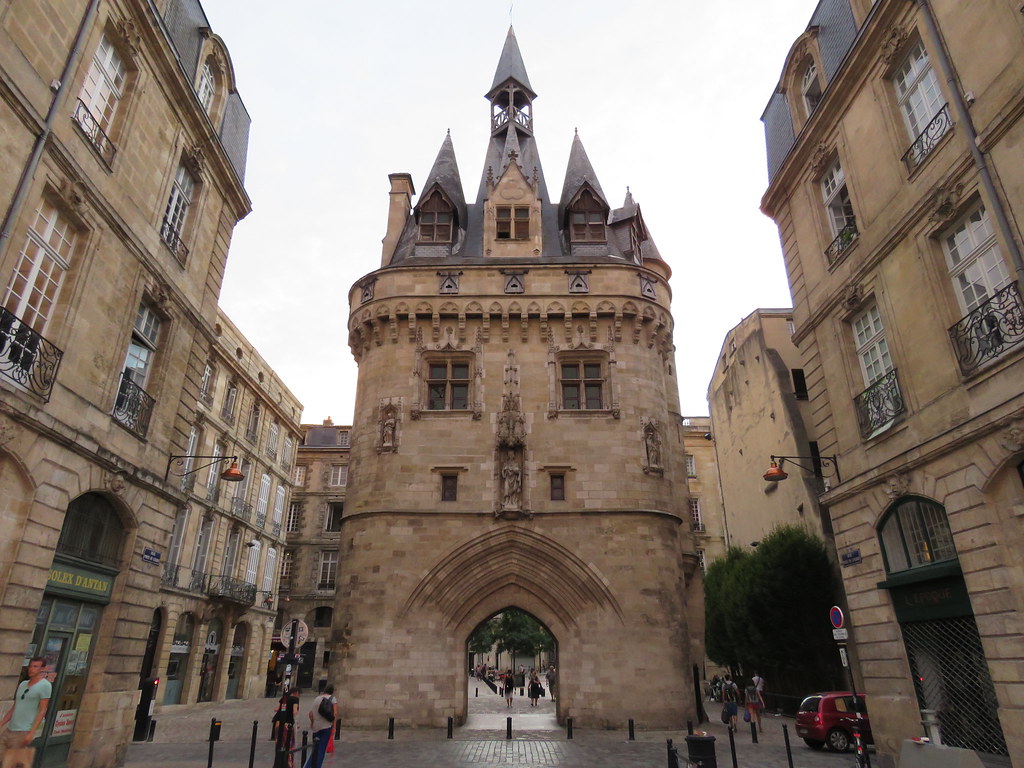 Then we went to a gelato place that Ellie had recommended – and it was really good! 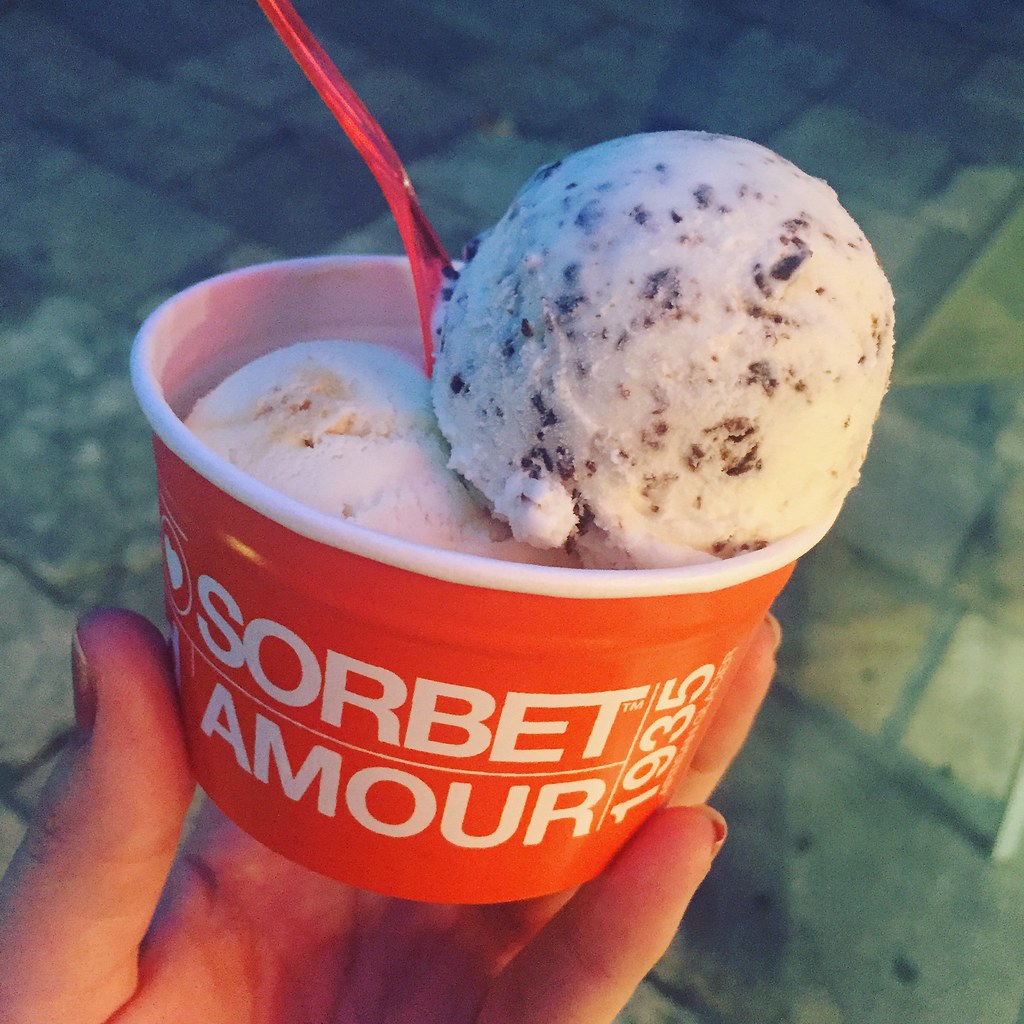 The sun was starting to set at this point and it was really beautiful. I definitely felt like I needed more than a few hours to really appreciate Bordeaux. 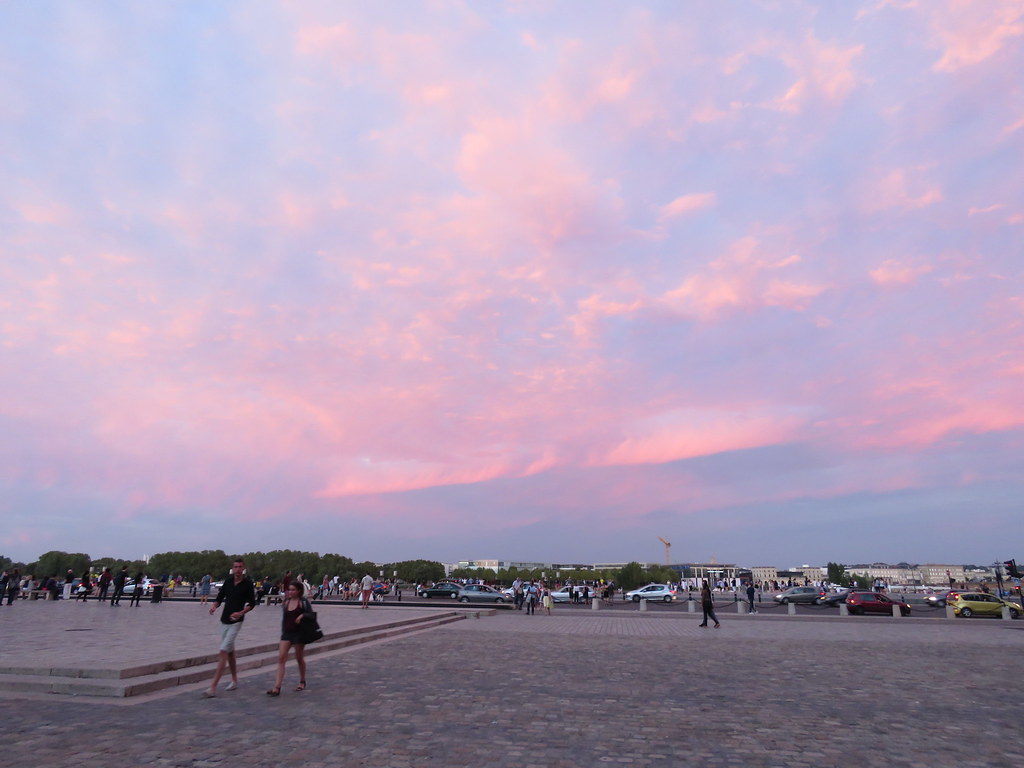 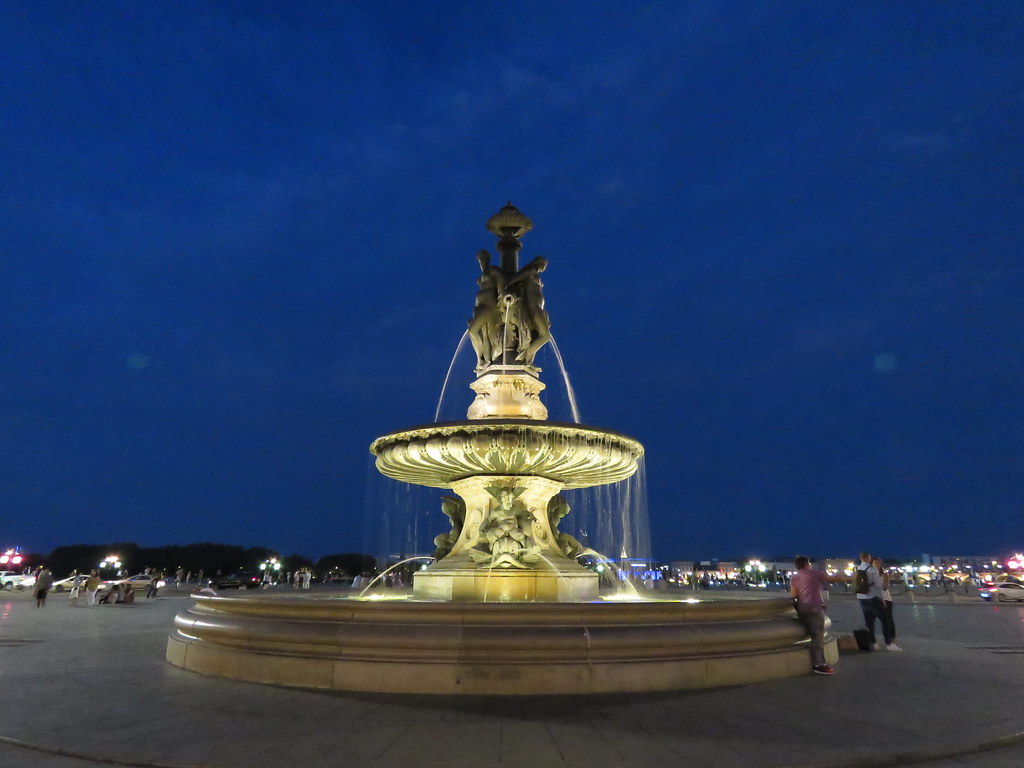 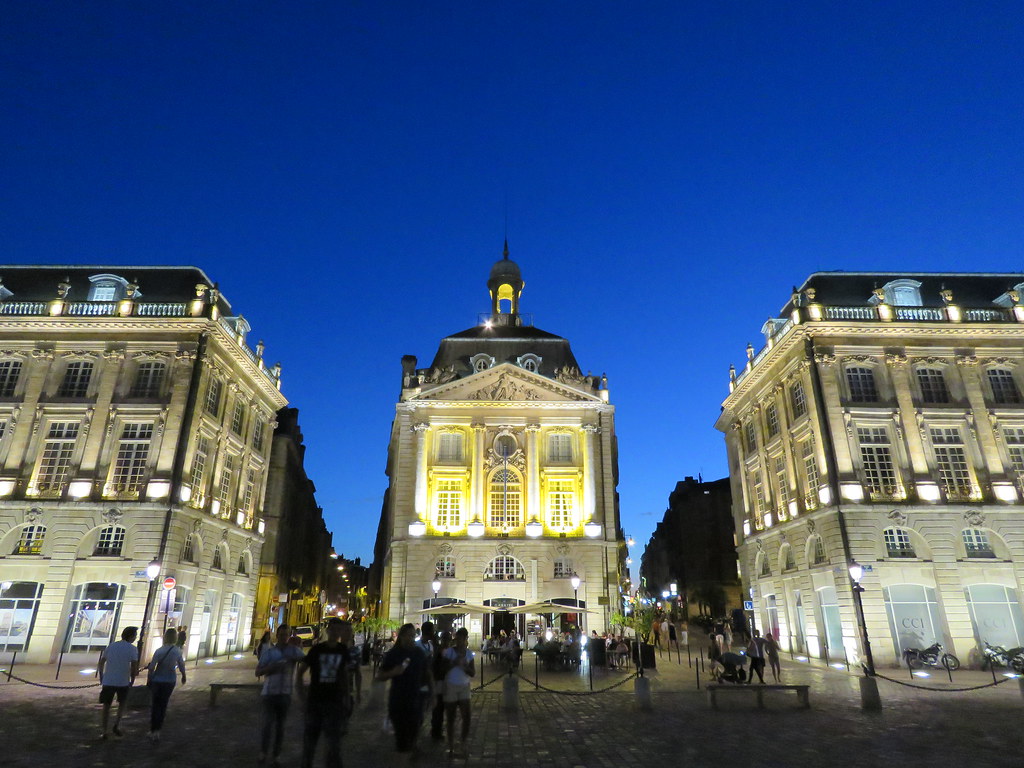 At 9pm, it was time to meet up with everyone again to get back on the bus to the hotel for an early night, as we would be leaving France and heading into Spain the next day.