This morning we had breakfast at 8.30am at the hotel – it wasn’t much, just cereal and bread/pastries. At 9am, we jumped on the coach to take us into the centre of Paris where we would be spending our free day. The bus dropped us off at the Place de la Concorde, which is a massive square in the centre of Paris. 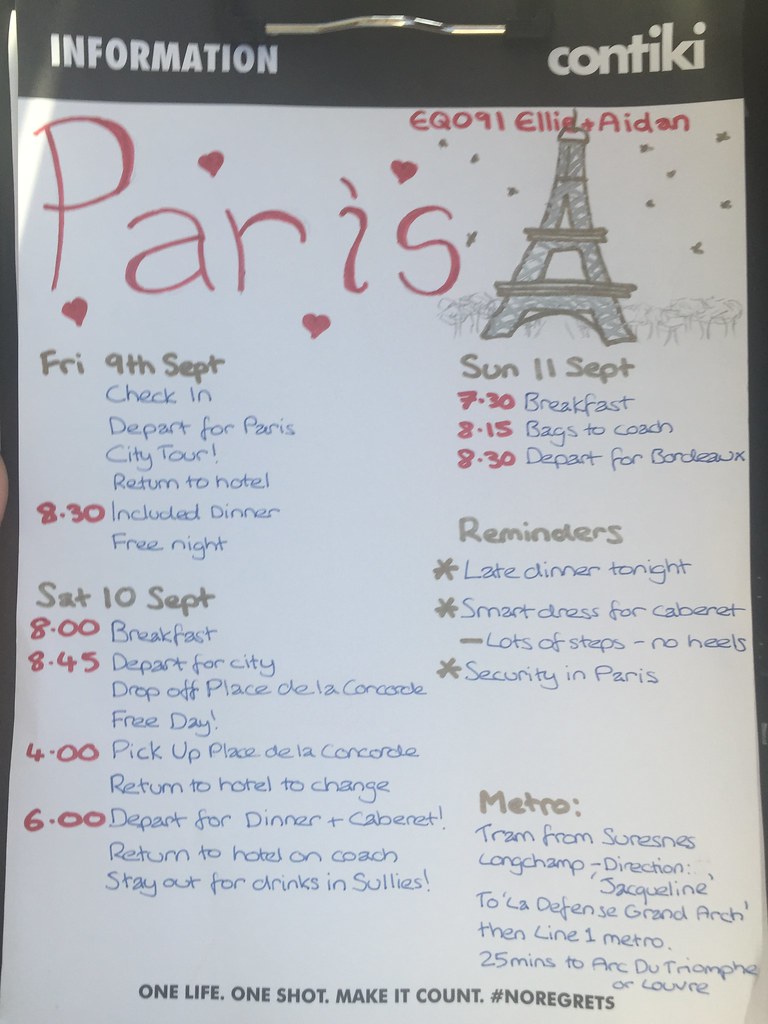 We headed straight up the Avenue des Champs-Élysées, which is the main shopping street in Paris, and headed to the Arc de Triomphe. It was 8 Euro to go to the top and you have to climb up these spiral staircases to get to the top – I was dying by the time I got to the top, but the view is worth the climb – you get amazing 360 degree views of Paris and a great view of the Eiffel Tower. 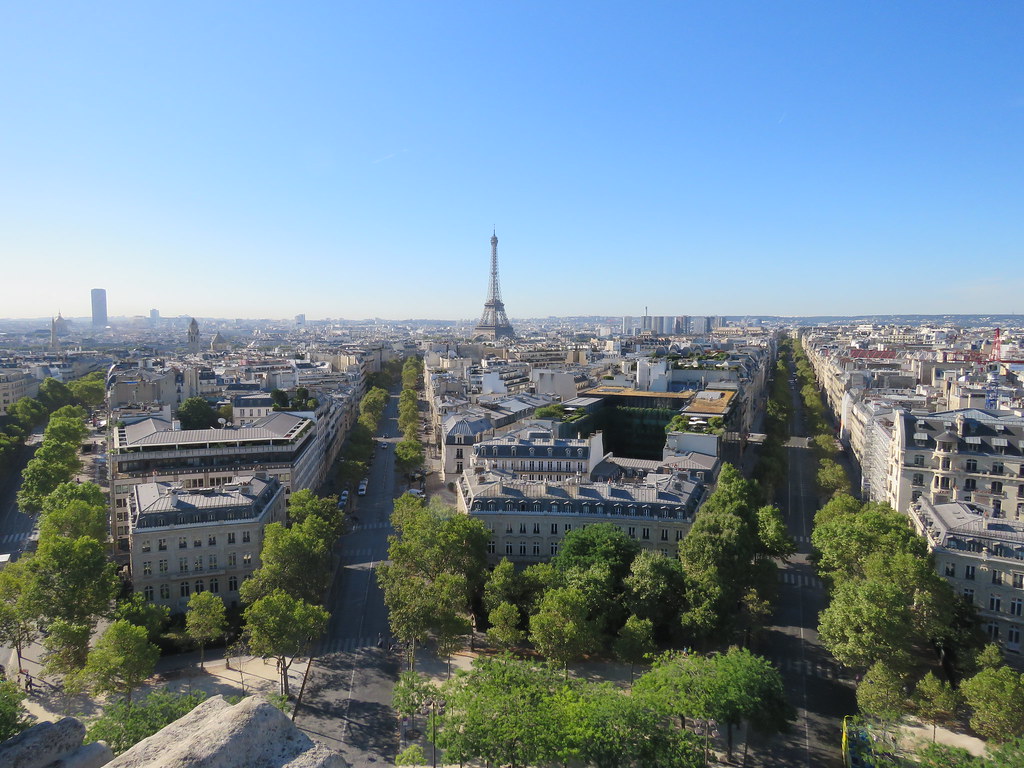 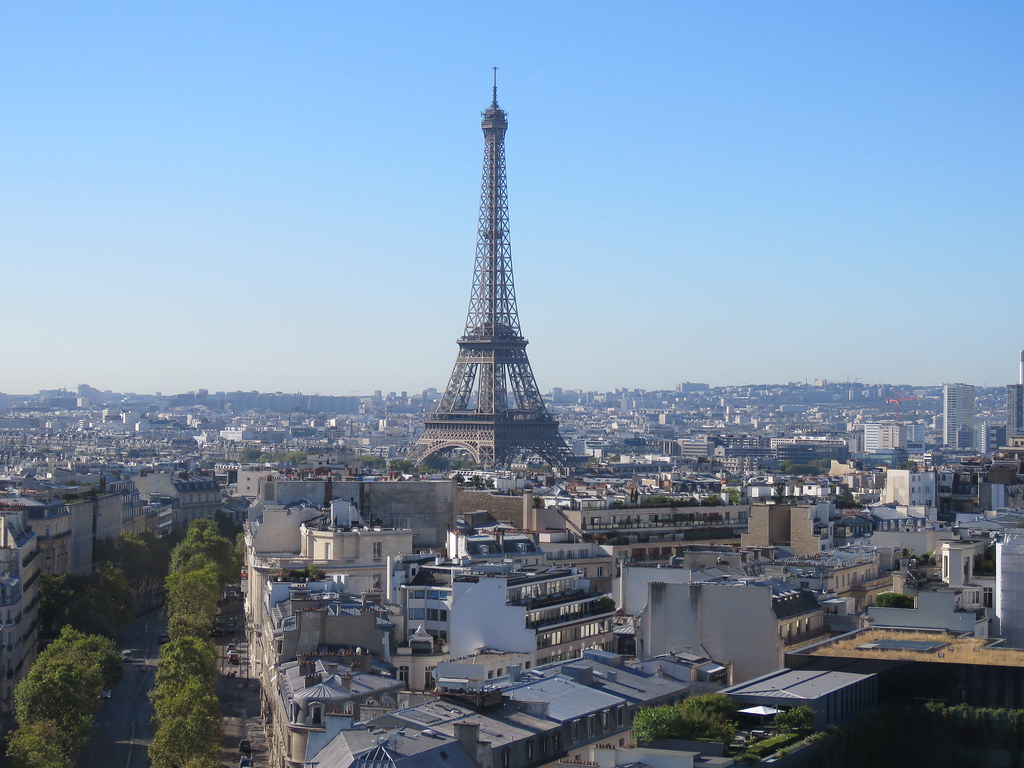 We headed back down and took some photos of the Arc itself – which was incredible, so detailed. We also saw the tomb of the unknown soldier which lies beneath the Arc. 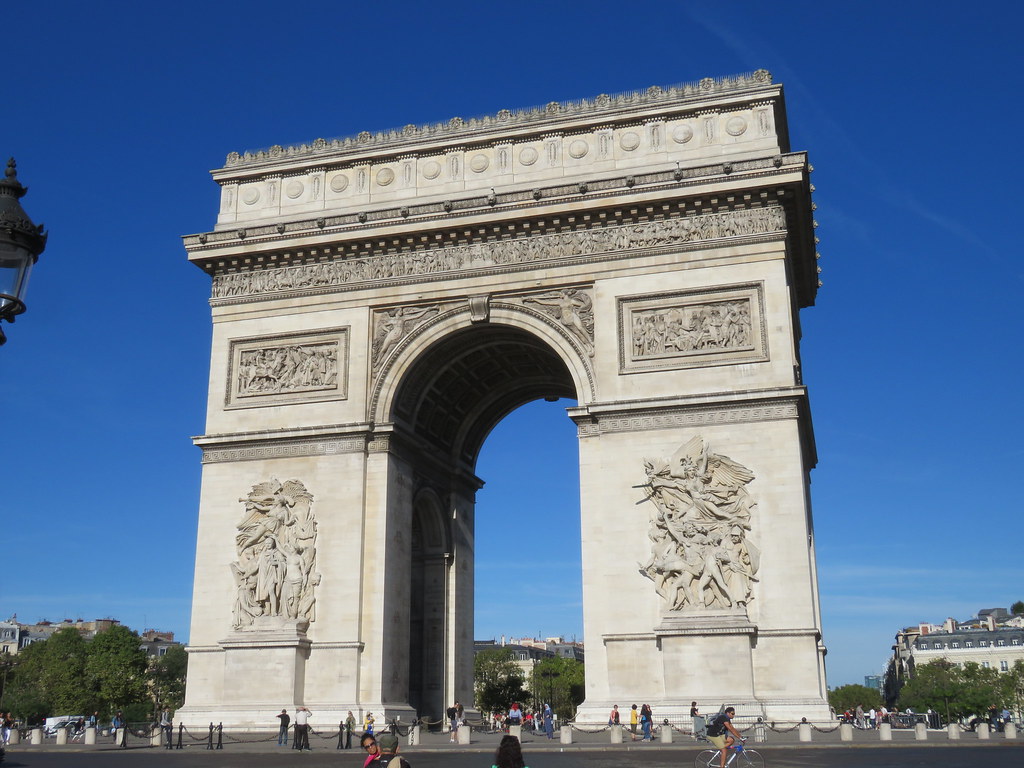 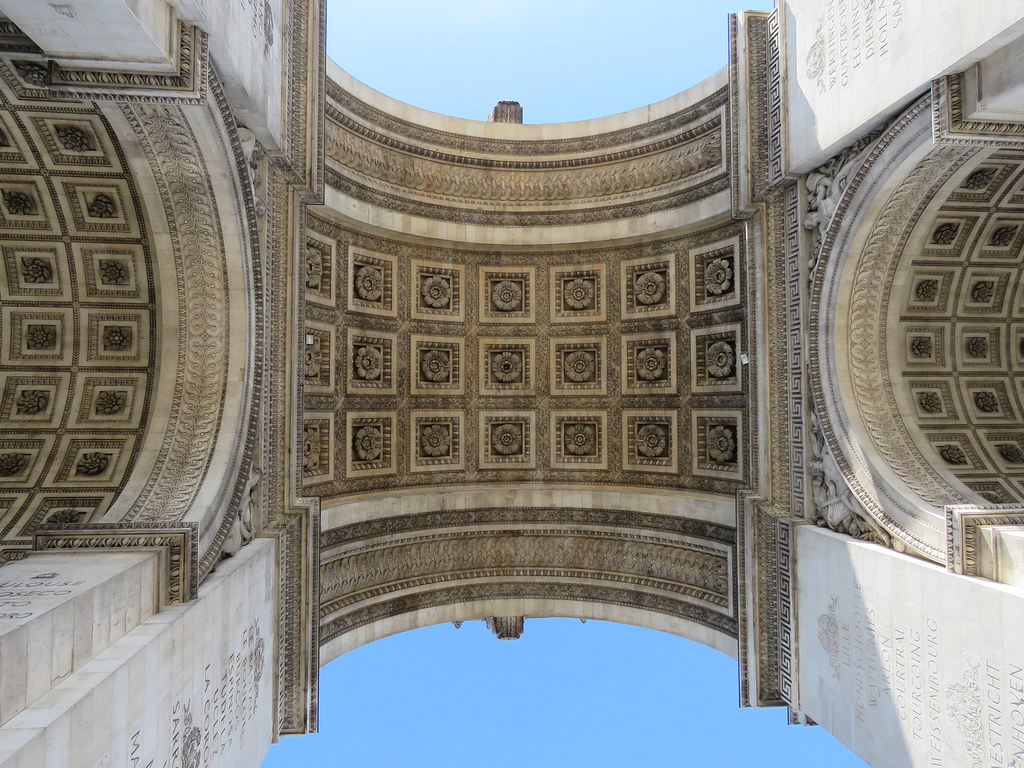 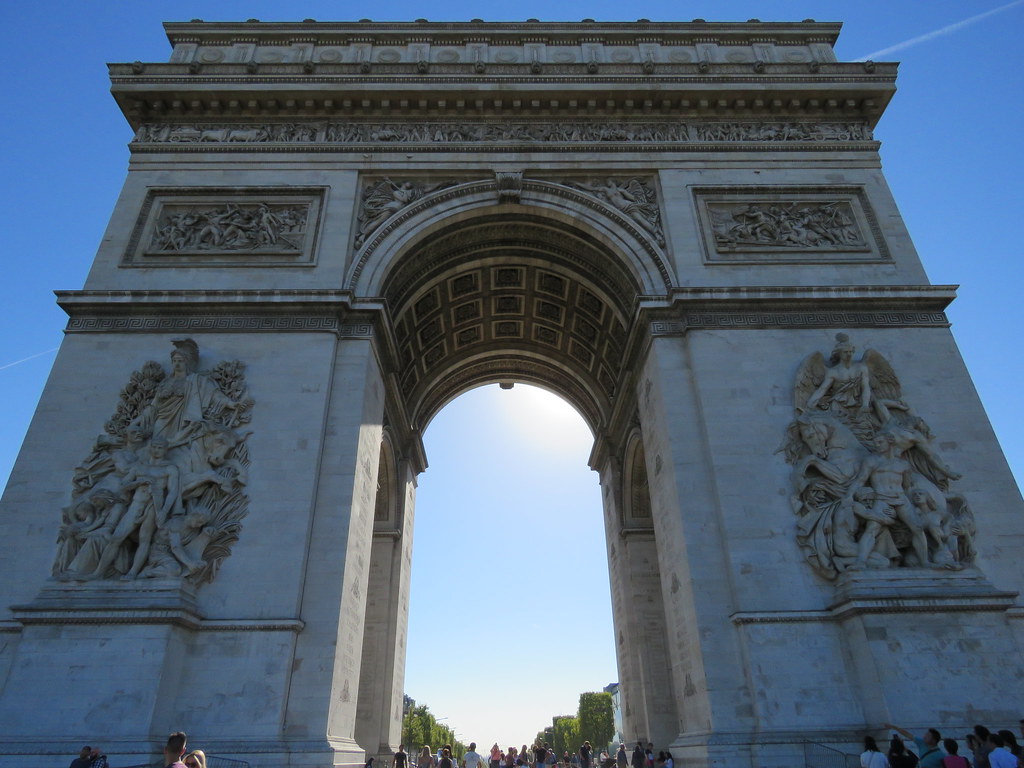 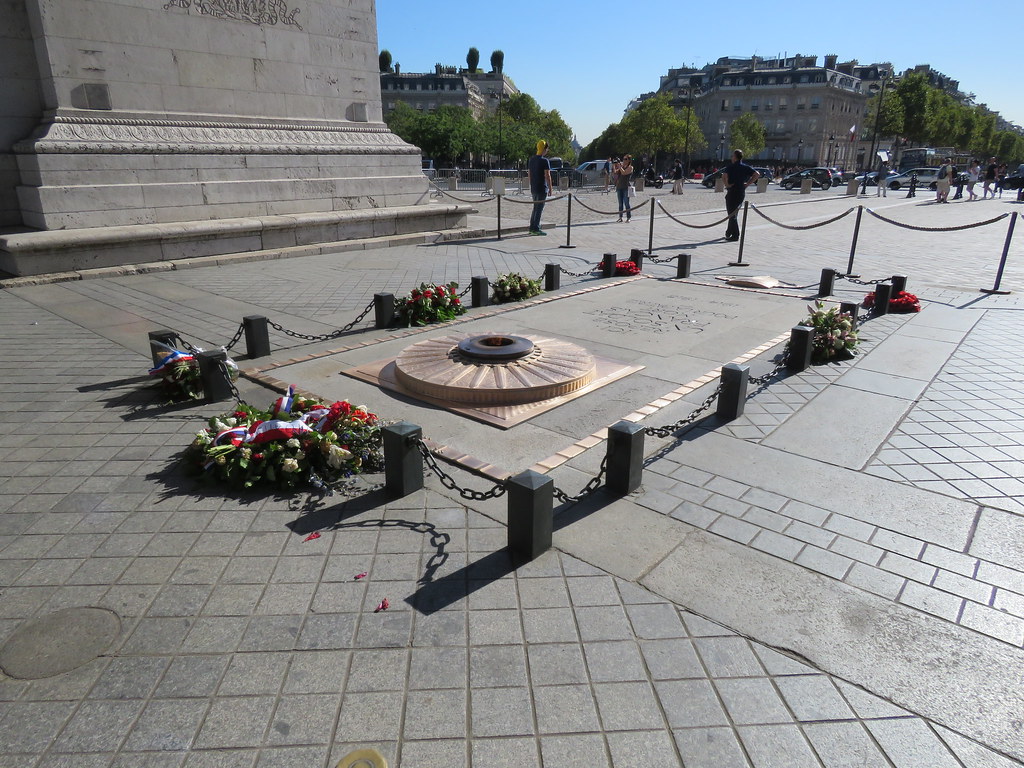 After this, Jasmine (a fellow Kiwi) and I headed back down the Avenue des Champs-Élysées towards the Louvre. We walked past another Arc – this one being the Arc du Carrousel – another incredibly detailed arch. 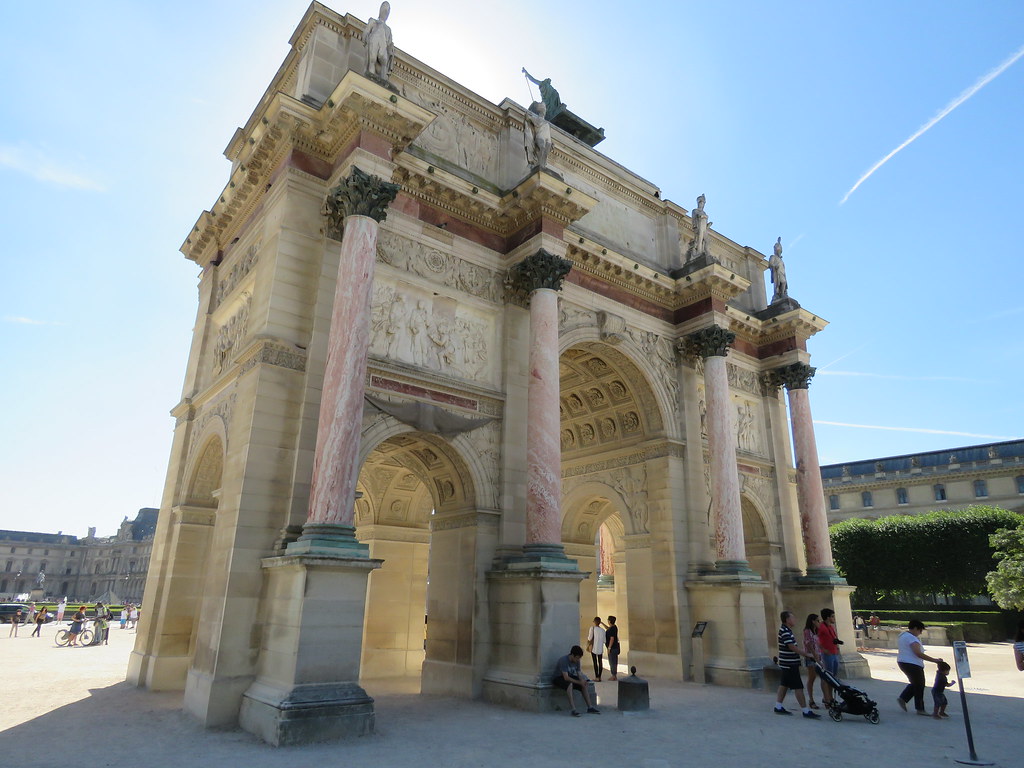 Once at the Louvre, we took a few photos outside then headed inside. After having lunch at a cafeteria inside, we decided not to pay to go inside the Museum as the day was going by quickly and we still had so much to see in Paris. So we left the Louvre, and headed to the Notre Dame. It was about a 20 minute walk to the Notre Dame from the Louvre but it was such a pretty walk along the Seine river. We stumbled across a really quiet street with cute buildings on it during the walk – it was just so typically Parisian! 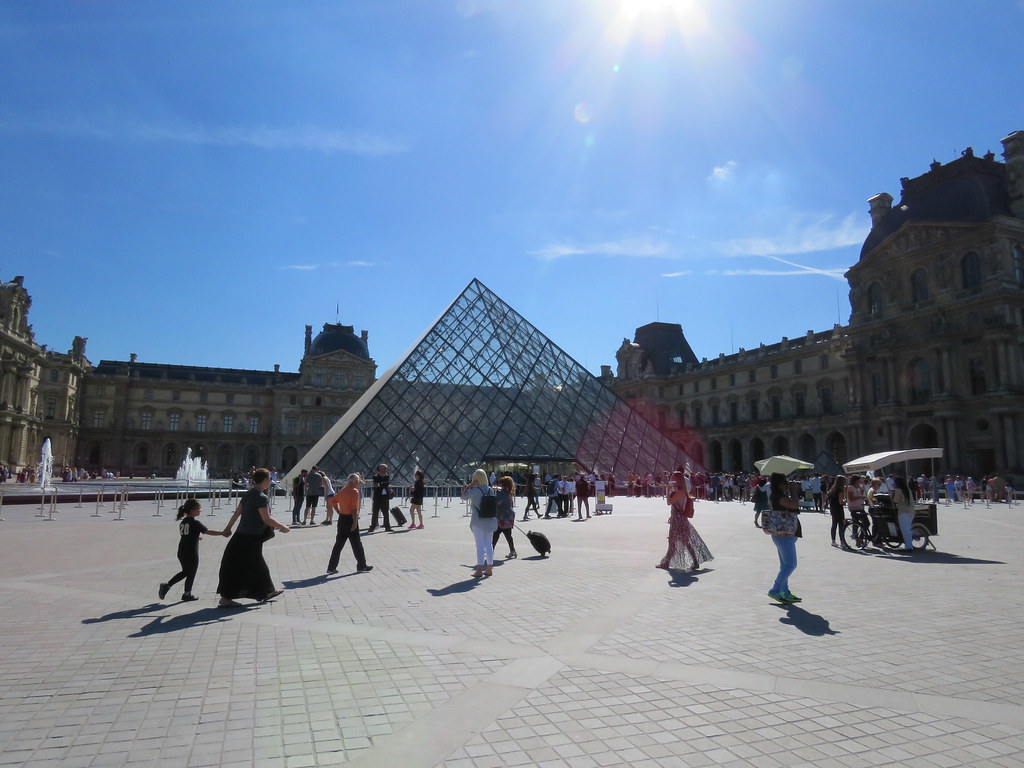 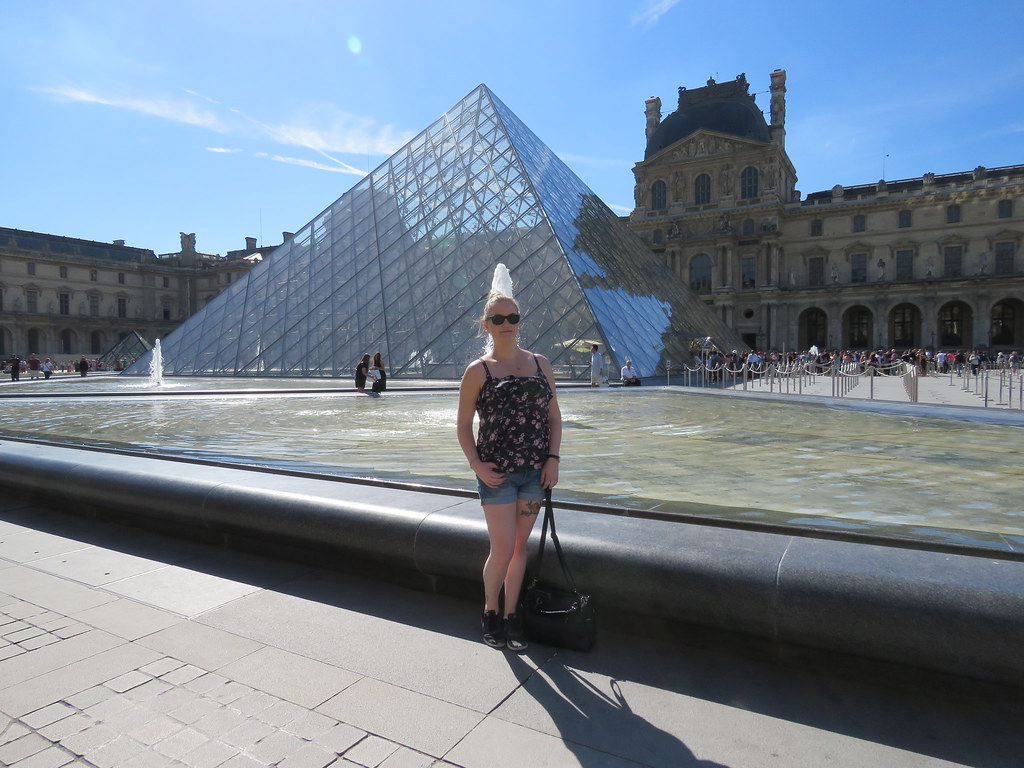 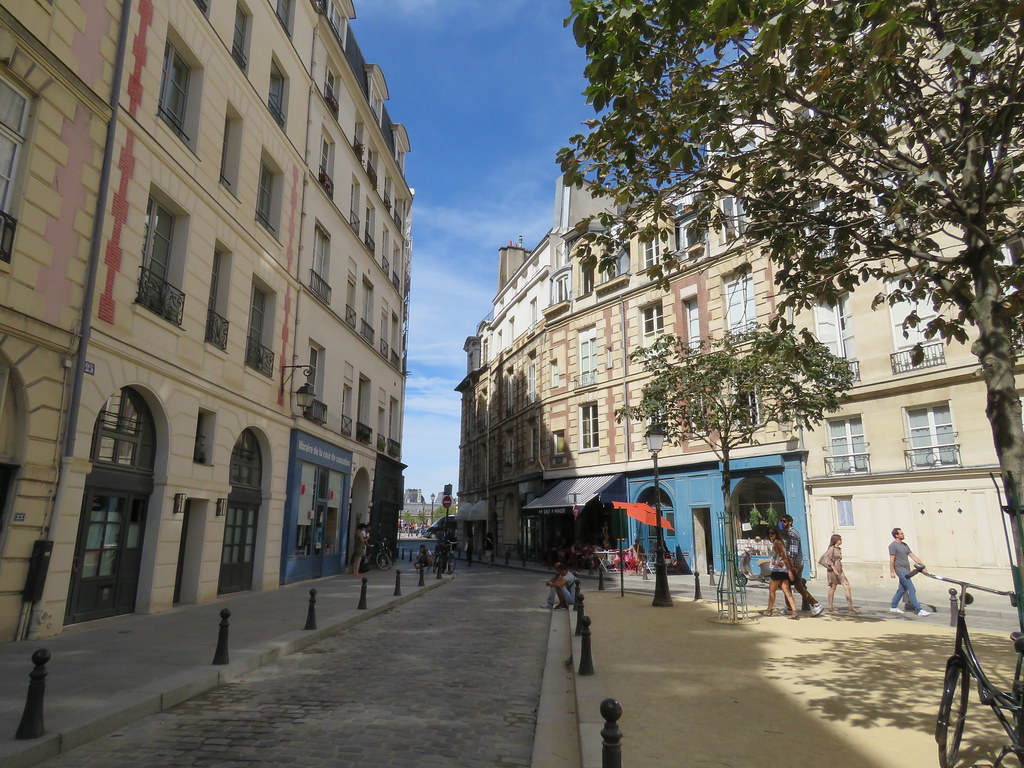 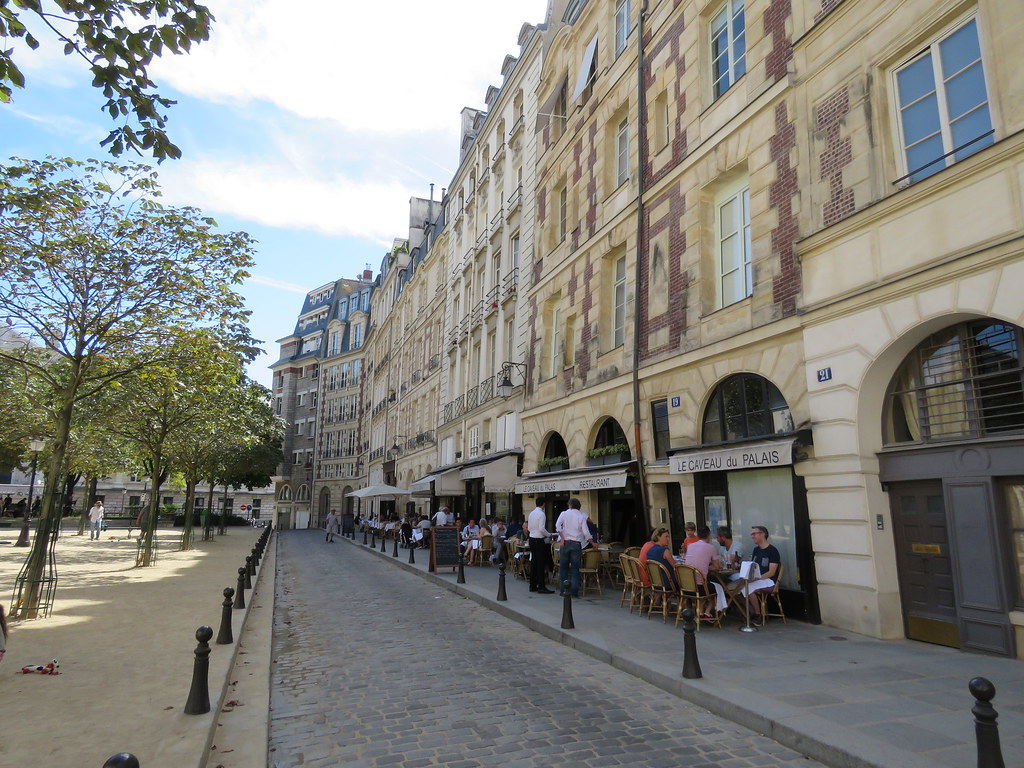 We finally arrived at Notre Dame after a lot of walking – and it was impressive! There was a long line to go inside (you can go inside for free), but it moved quickly. Inside the Notre Dame was even more impressive than the outside, with beautiful stained glass windows. It was a bit of a weird vibe inside though, as there were a lot of people praying. 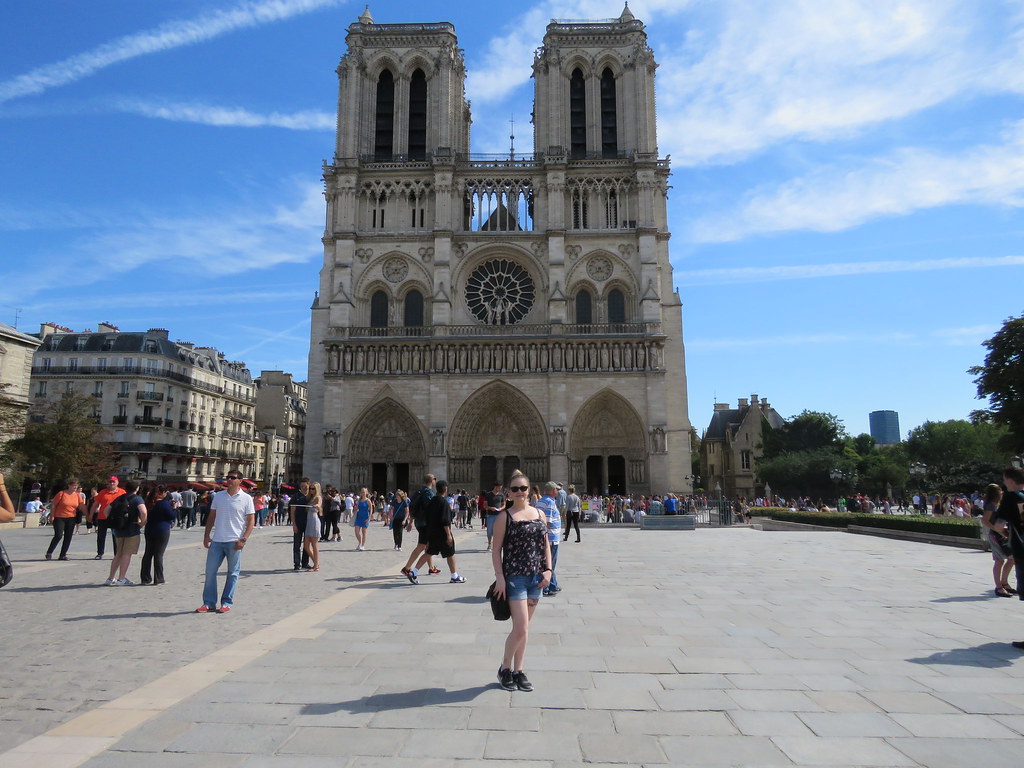 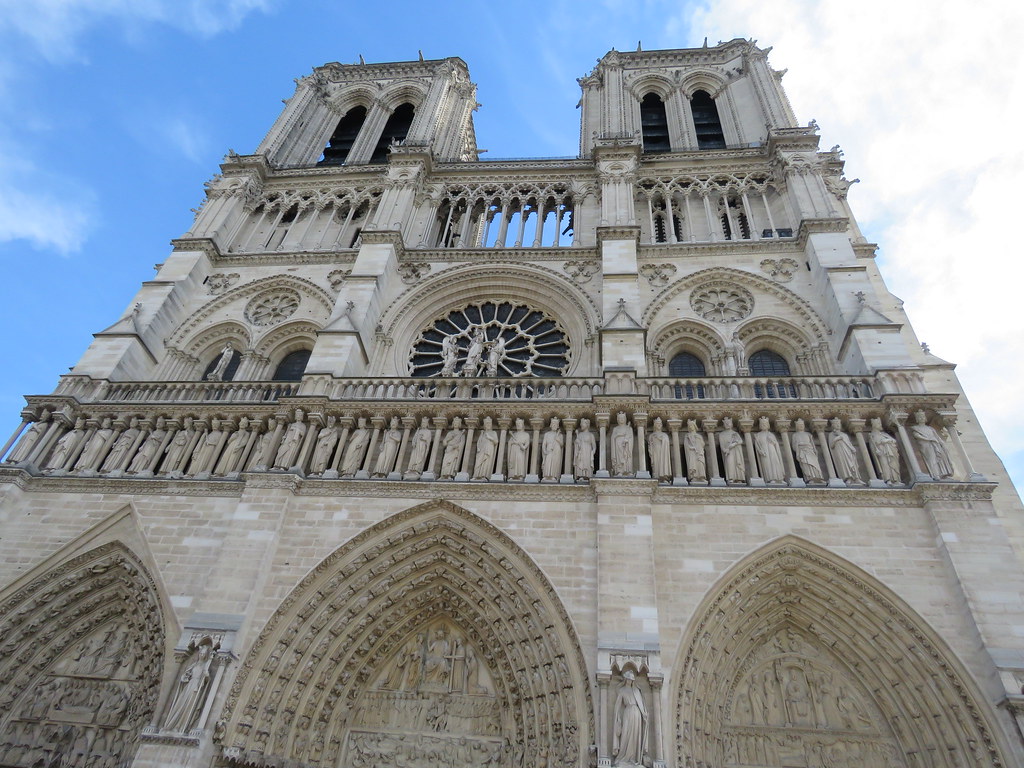 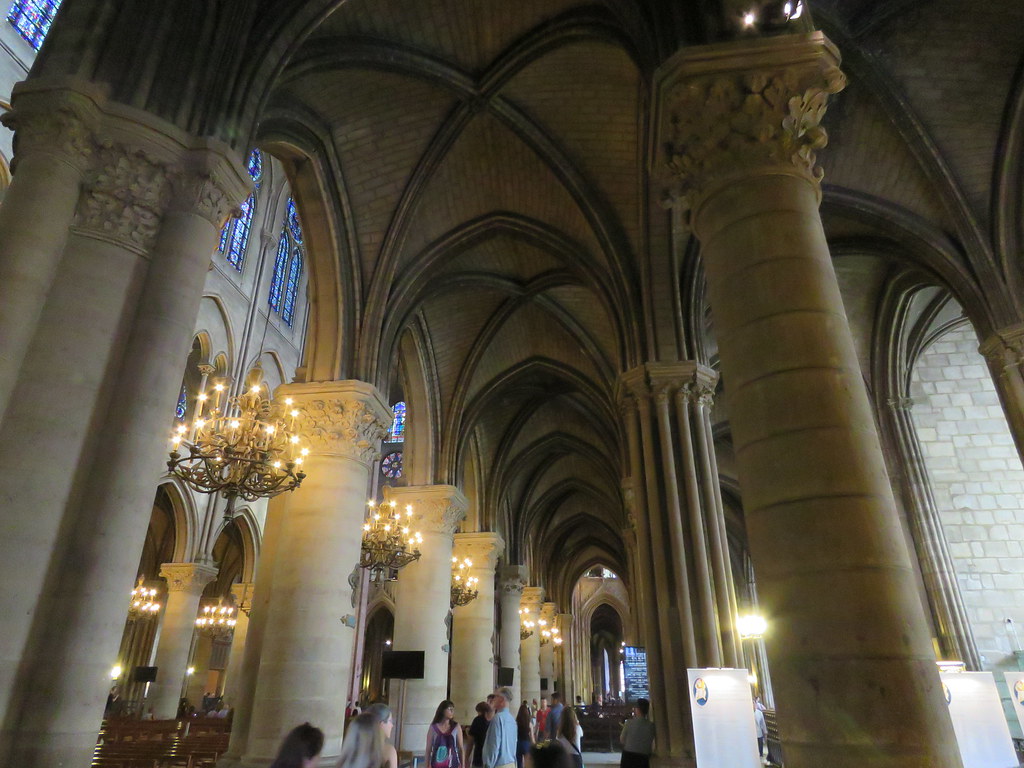 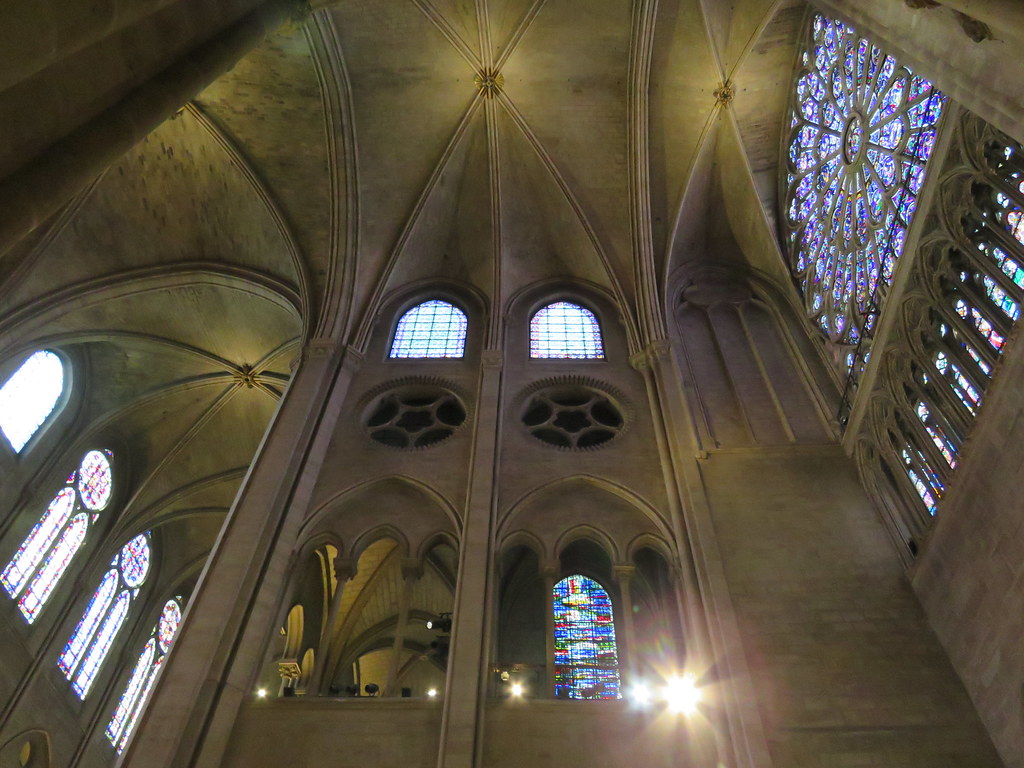 After Notre Dame, Jasmine and I got on one of those bicycle things where a guy pedals you around – we wanted to go back to the Eiffel Tower and it would’ve taken far to long to walk, close to an hour probably. The bike ride took about 20 minutes, and the guy pointed out a few sights along the way – it cost us 25 Euros but we thought it was worth it! We spent some time at the Eiffel Tower taking photos and having gelato (it was a really hot day!). Then it was time to walk back to the Place de la Concorde to catch the coach back to the hotel. 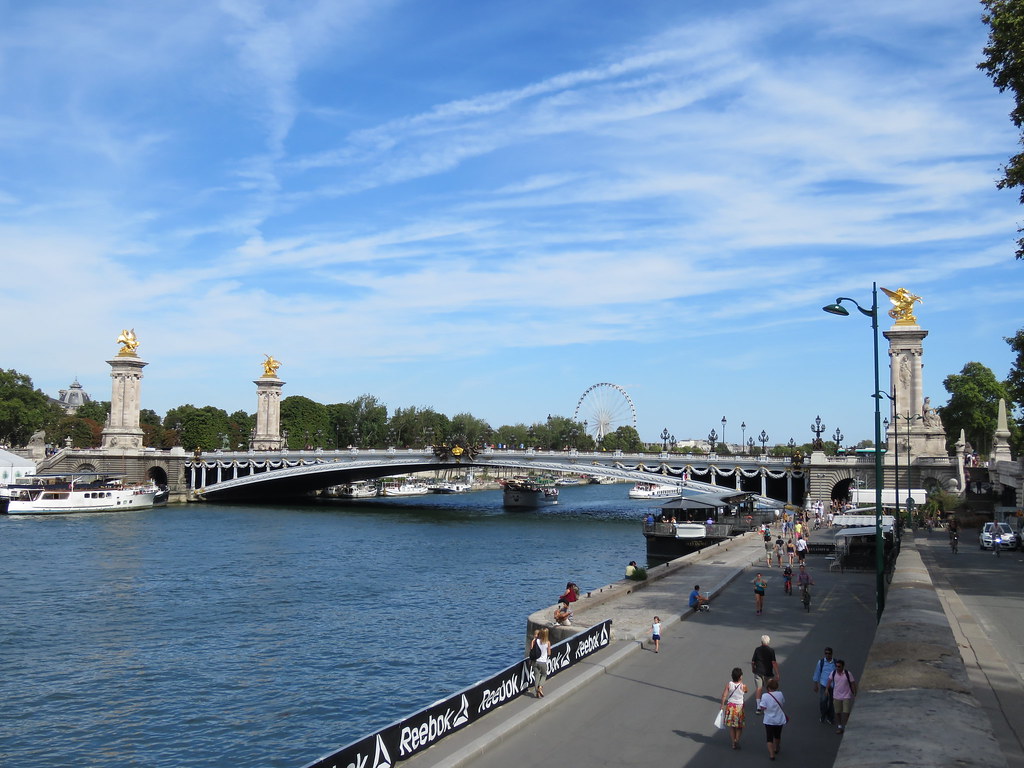 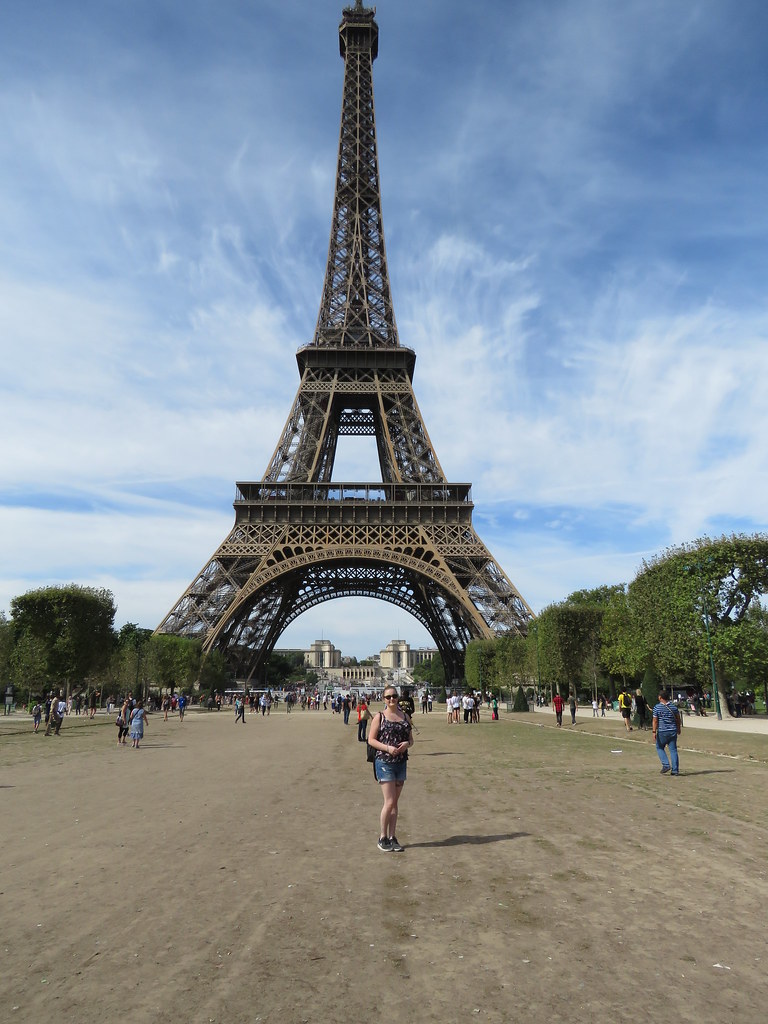 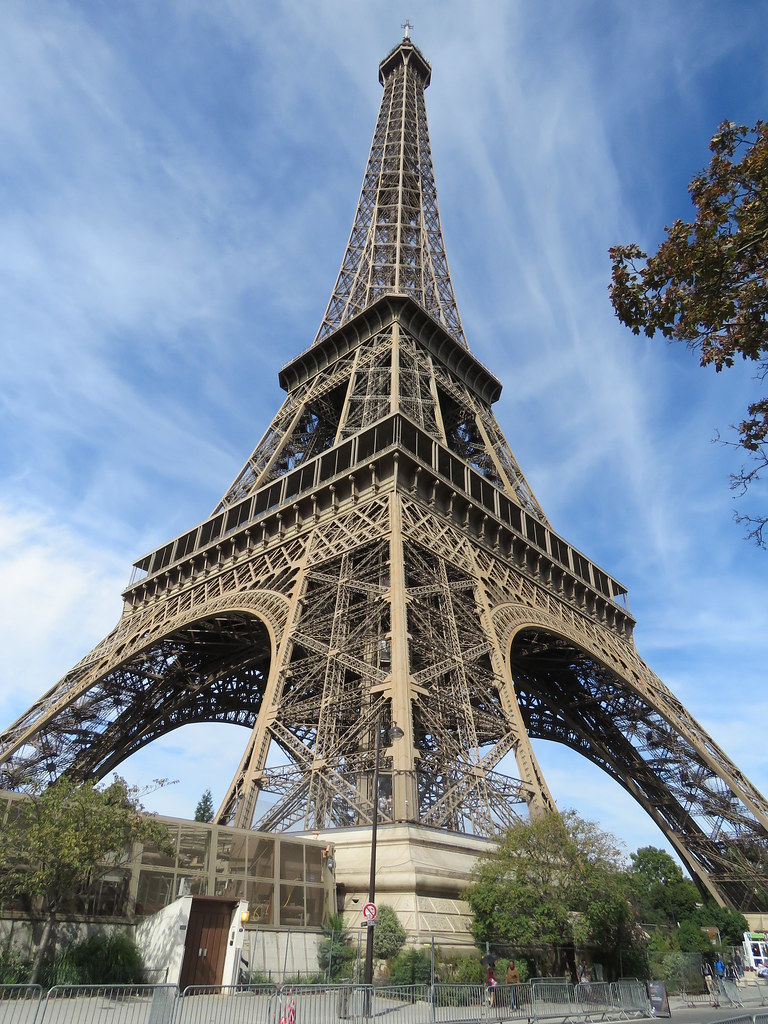 Once back at the hotel, we had about an hour and a half to get ready for our optional dinner and cabaret show. First, we drove to Montmarte to see the Sacré-Cœur on the top of the hill – we had some really pretty views of Paris here. We also walked to the love wall, which has ‘I Love You’ written on it in 300 languages. 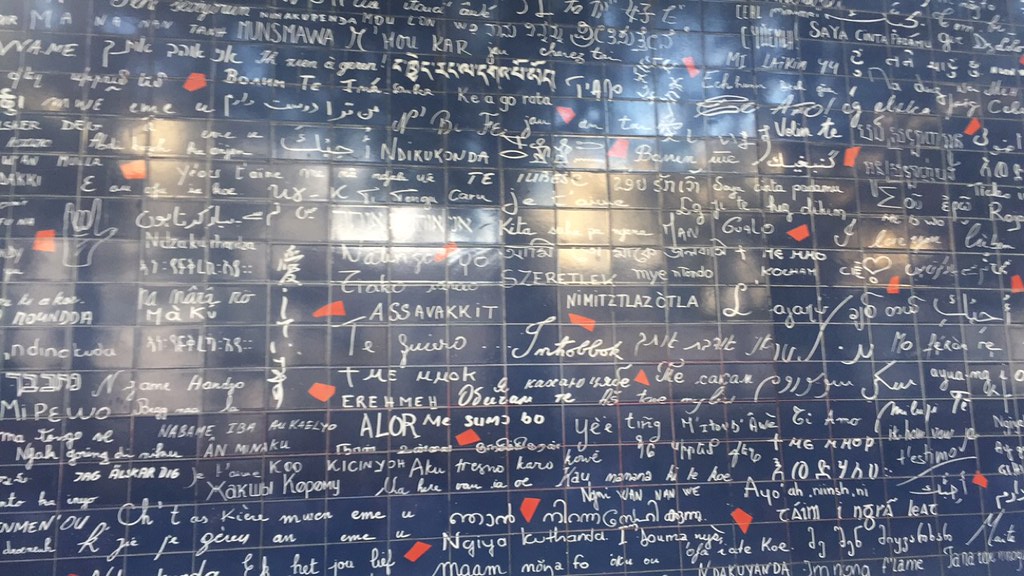 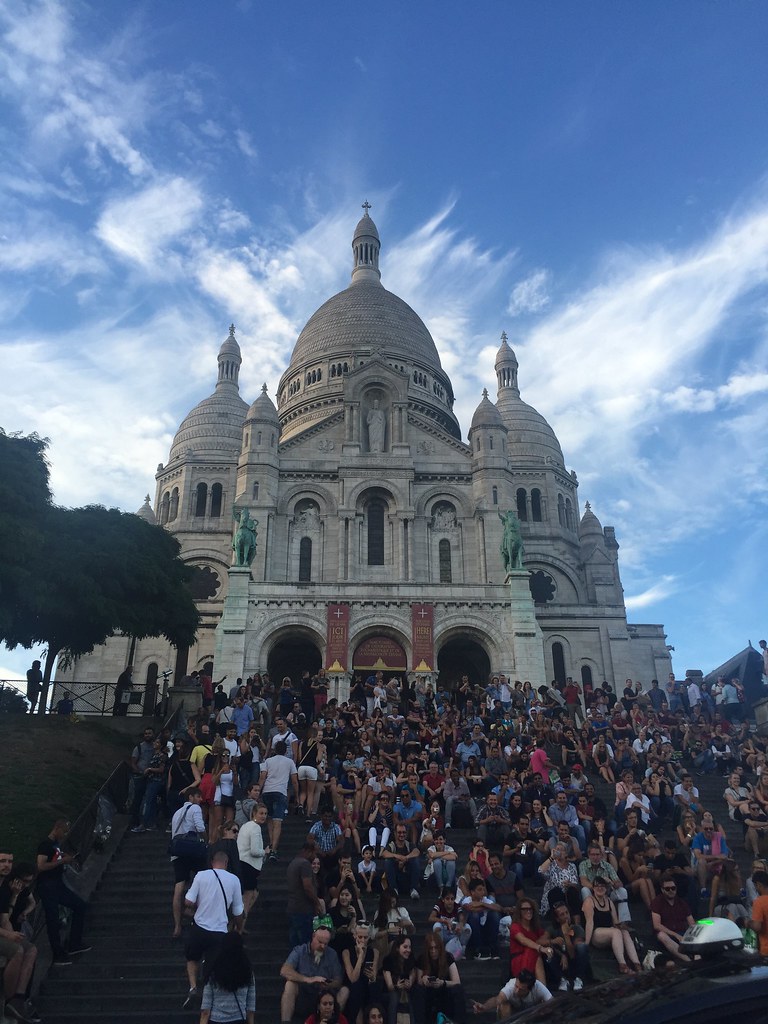 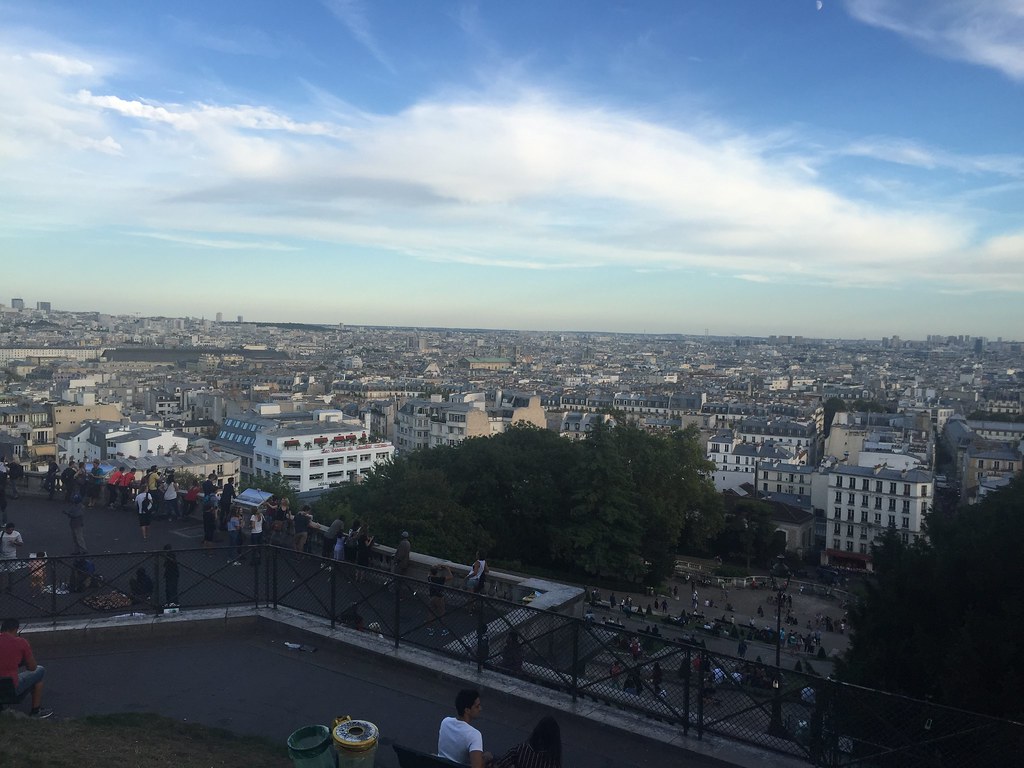 Then we headed to our French dinner – this was an optional dinner but was well worth it – it was a three-course meal with red wine included, and you could try some french cuisine, such as escargot, french onion soup, beef bourguignon and duck a l’orange. I had the soup and the beef – both were amazing. I also tried escargot, but I didn’t like it – it was too rubbery and salty for me!

After dinner, we walked around the corner, past the famous Moulin Rouge, to our cabaret show, which was Nouvelle Eve. The show was pretty good but I think it was a bit overpriced for what it was – plus I was so exhausted after today that I kept falling asleep! After show, some people opted to go out but I headed back to the hotel to pack as we were leaving Paris tomorrow. I finally got to bed around 1.30am. I loved Paris – I definitely need to go back one day! 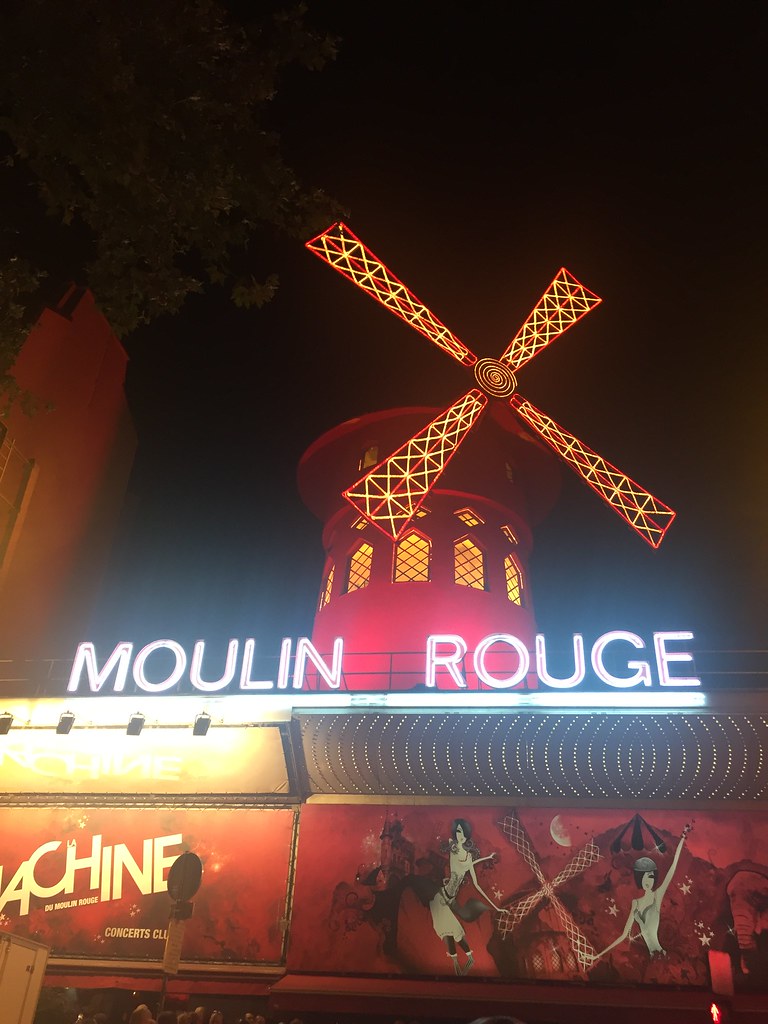