Today it was on to a new destination – Ottawa, Canada’s capital city. It was a fairly long drive to Ottawa but we broke it up with a few stops.

Our first stop was the big apple – it’s basically a store that sells everything apple. Apple pies, apple turnovers, Apple crumble, Apple donuts.. You get the idea.

A few of the group had a pie eating contest with our tour manager James. It was hilarious – hands behind your back, face first. It was a good laugh.

After another hour drive, we stopped for lunch in Kingston. It was a fast-food Mecca, but I was excited because they had Taco Bell! I love Taco Bell and it’s the first time on this trip that I’d seen it. It was good. 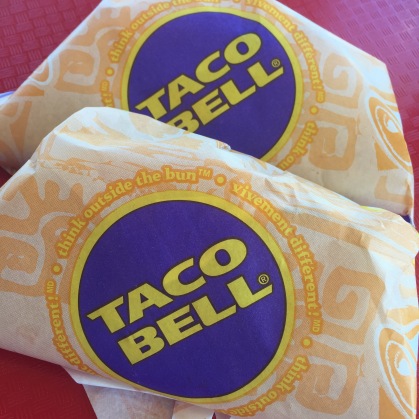 The drive to Ottawa from the lunch stop was about 2 hours, but we passed the time by playing that game where you have a name on your head and you ask questions to figure out who you are. 2 hours felt like nothing and before we knew it, we were in Ottawa. We did a quick loop around the city before being dropped off at Ottawa’s parliament building for a tour. 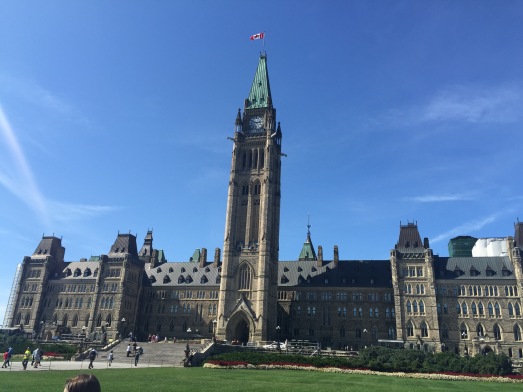 After learning all we could about Canadian government and parliament, it was time to check into our hotel (Days Inn). It was a pretty average hotel – we’ve definitely stayed at much nicer on tour.

After chilling out and having a shower, our group reconvened for our included dinner at the Senate. It was a sports bar and the food was good – I had a bacon cheeseburger.

After dinner, we hit up a stand for an iconic Canadian dessert – a beaver tail! Our awesome driver Frank highly recommended them. You could get all sorts of toppings like chocolate, Oreos and maple butter. I had apple and cinnamon. It was good but I was so full from dinner that I couldn’t even eat it all. 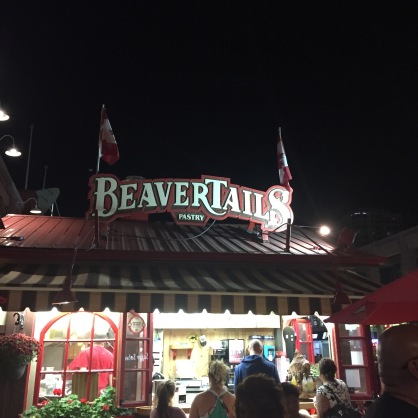 Everyone was keen for an early night tonight because the next day we were headed to Montreal!