We were on the road by 8am this morning for our drive to Pittsburgh. We had an included breakfast this morning which was pretty good – eggs,tater tots,bacon,waffles. I feel like I’m eating so much unhealthy food though! I need to start ordering healthier things.

About an hour and a half out of Washington DC was our first stop today – Gettysburg. This is the site of a famous battle during the civil war and also where  president Abraham Lincoln gave the famous Gettysburg Address (four score and seven years ago…). We watched a short movie about the battle and then saw this amazing 360 degree painting of the battle – it was so realistic!

After this, we had a guided tour of the actual battle field. The whole place has been turned into a national park and there are monuments scattered all over the place. Our guide had so much knowledge about the war and the battle so it was interesting but quite overwhelming as well. When you are looking out at empty fields, it’s pretty hard to imagine the battles that took place there hundreds of years ago!

After Gettysburg, we had a 3 and a half our drive to our night stop of Pittsburgh. They put a movie on for the first half before we had a rest stop. We made it into Pittsburgh at about 5pm. We stayed at the Wyndham Grand which is a really nice hotel right by the river. 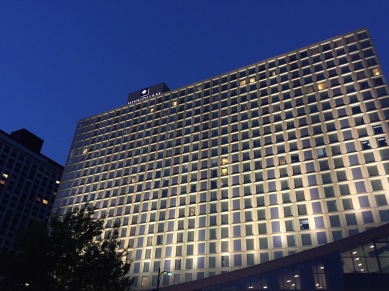 For dinner we walked down to market square – I was going to try the famous primanti brothers sandwich (meat, coleslaw and fries on thick bread) but the wait was so long so I went next door to my old favourite, Five Guys. It was so good.

Once everyone else has their food we headed over to point park to chill by the river. It was so nice.

Then we headed over to the Duquense Incline – I’m not gonna lie, it was a pretty scary ride up. I kept thinking what would happen if it broke.. But once we got to the top, it was so worth it! The views of the Pittsburgh skyline were incredible! And there was a blood moon too (red moon). It was just amazing. 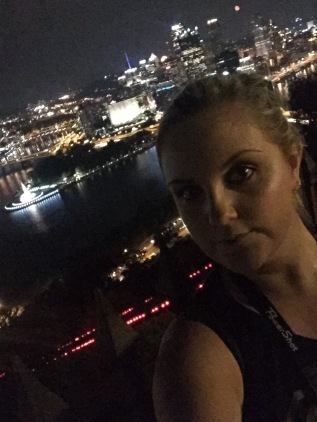 I’m very excited because next we’re off to Canada!