Halloween starts early at Disney World. Even though we were visiting in September, Magic Kingdom was already hosting Mickey’s Not So Scary Halloween Party a few nights a week. I was very excited to go to the party, because I was lucky enough to go twice when I was working at Magic Kingdom back in 2011.

Because we would have until Midnight at Magic Kingdom with our party ticket, we started the day off at Hollywood Studios.

This is a great park, but because the parks weren’t very busy, and because I had been before, we only needed half a day to see everything we wanted to see. Hollywood Studios is home to my favourite Disney ride – The Tower of Terror. The first time I rode this, I was terrified, but it’s just so much fun!

After we had finished at Hollywood Studios, we headed over to Magic Kingdom. As our bus got closer to the park, the skies opened up and it started pouring down. It was pretty upsetting that it had to be such terrible weather on the night of the Halloween party, but we put our plastic ponchos on and tried to make the best of it.

Since I was last at Magic Kingdom, they had finished the Fantasyland expansion, including the new Seven Dwarves Mine Train and Beast’s Castle. And of course, it was just awesome to see Cinderella’s Castle again. 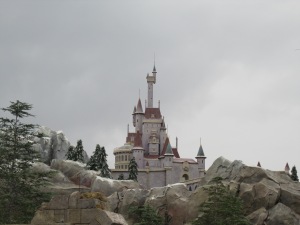 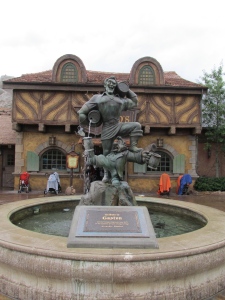 Apart from the candy, the Halloween party is worth the price of the extra ticket for two important reasons – the BEST parade you will ever see at Disney World (along with the catchiest parade song) and one of the best fireworks shows. The rain poured even harder when we found a spot to watch the Boo To You parade, but we were lucky enough to squeeze into a spot that was slightly under cover. I was worried that they would cancel the parade all together, but they didn’t. The parade was just as good as I remembered. 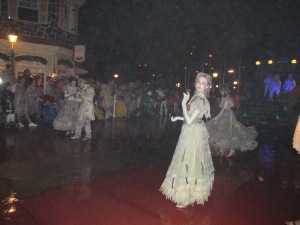 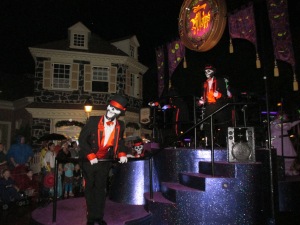 The rain finally stopped in time for the Fireworks Display – we got a good spot in front of the castle and watched the stunning display. Photos cannot do it any justice! 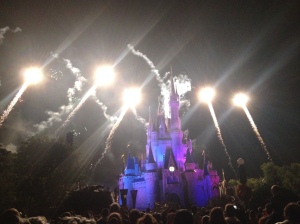 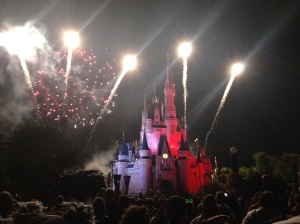 One thought on “Mickey’s Not So Scary Halloween Party”